Texas voters split on whether impeachment inquiry is justified, according to UT/Tribune poll

Texas voters are split on whether they think President Donald Trump has taken actions during his presidency that are worth impeachment. 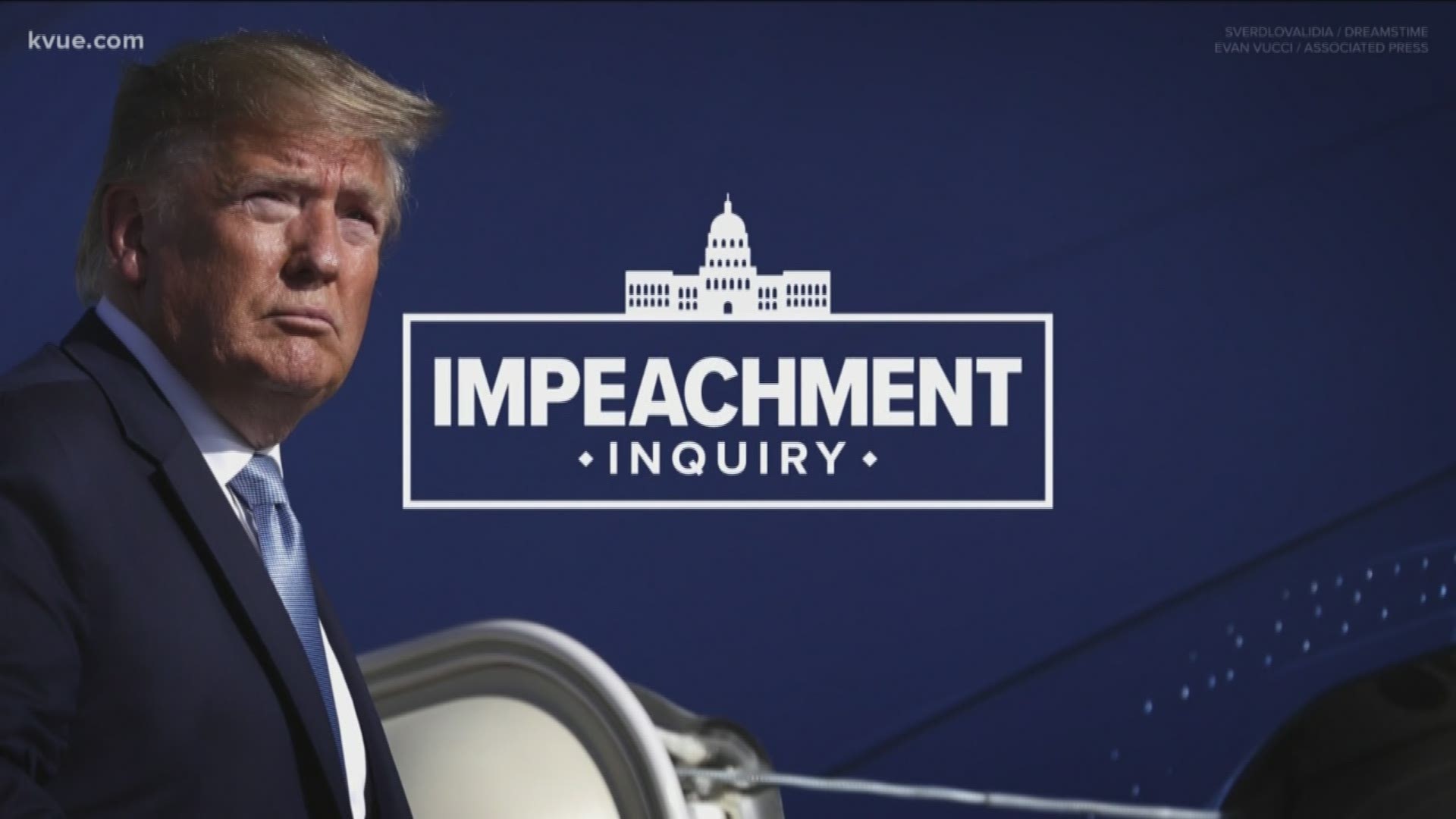 After a poll was conducted by the University of Texas/Texas Tribune Poll, results show that Texas voters have slight support towards the House of Representatives’ vote to move forward with the impeachment inquiry into President Donald Trump.

The poll was conducted from Oct. 18 to Oct. 27 and asked 1,200 Texas registered voters whether “Congress is justified in conducting impeachment investigations into actions Trump has taken while president." The results of the poll found that 46% of Texas voters said the investigation is justified, and 42% said that it isn't.

Looking at the poll. it seems as Texas voters are split between if they think Trump has taken actions during his presidency that would justify his removal from office.

The results from this prompt were that 43% believe that he has taken action, while 44% believe he has not per the data. In regard to President Trump’s response to the impeachment investigations, 39% of voters approve and 45% do not.

“Texans continue to be sharply divided along partisan lines when it comes to considering the impeachment of the president, and even more sharply so when it comes to actually removing him from the presidency for actions while in office,” said James Henson, co-director of the poll and executive director of the Texas Politics Project at UT Austin. “Democrats are slightly more unified in their views than Republicans, and independents remain more divided on both questions than are partisans.”

The university said when poll-takers were asked if they approve of how members of Congress are handling the investigations, 49% of these voters disapprove of Republican efforts, 25% approve. For Democratic efforts, 45% disapprove of the efforts of congressional Democrats, while 40% of Texas voters said they approve.

House Democrats get a legal victory in impeachment inquiry

The university asked Texas voters about the impeachment inquiry and their job performance more generally.

This is what the poll reported:

“Reflecting the difficulty that congressional Republicans find themselves in, GOP voters are ambivalent of how Republicans in Congress are handling the investigation, but supportive of the president’s response thus far,” said Joshua Blank, research director of the Texas Politics Project. “Democrats have no such conflict. They overwhelmingly support Democratic efforts in the House and view congressional Republicans and the president’s efforts negatively.”

The University of Texas/Texas Tribune said that they have an overall margin of error of +/- 2.83 percentage points in regard to the poll.