The Last Word: Mass shootings a reminder of the need to call out racism

"Our only hope of stomping out racism lies with the generations to come. But they won't change unless you change." 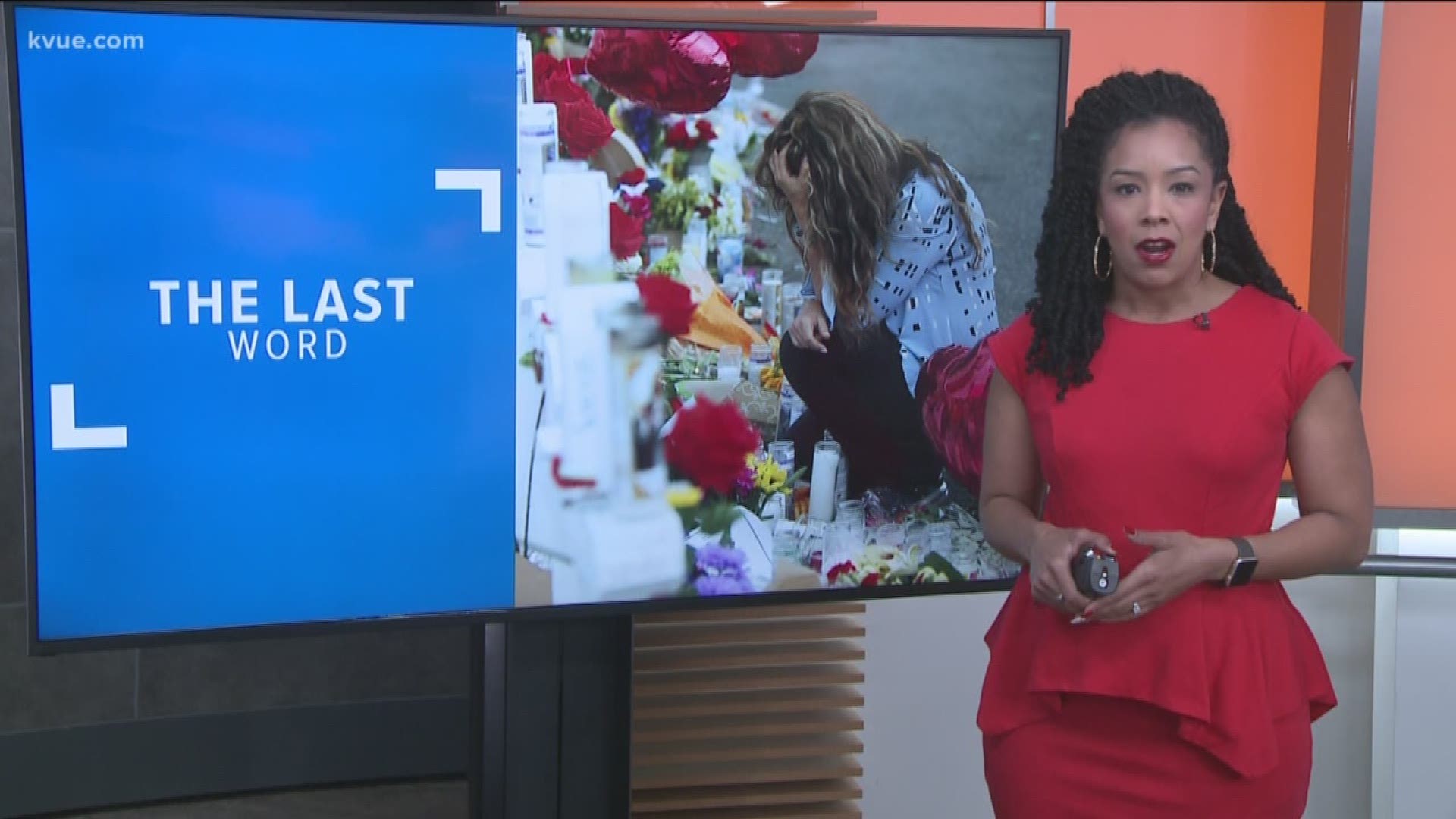 AUSTIN, Texas — After the week we've had I wanted to talk about something other than the massacre in El Paso. But how could I?

More than two dozen people lost their lives because a man planned to brutally murder innocent people – presumably because of the color of their skin.

In the Land of the Free, in 2019, in the Information Age, there are still people who ignorantly hate others because of their race or ethnicity. Think about that. The idea of it is just ludicrous. But here we are.

Our only hope of stomping out racism lies with the generations to come. But they won't change unless you change.

Think about the things you say in front of children, the media they're exposed to, the people they're around.

Are these people and things regurgitating toxic ideas? If they are, are you calling them out? Are you chasing away that darkness with your light?

We have the power to change this with our words, with our deeds and with our votes – votes not based on party, but for people who will exercise your interests and do what it takes to make mass shootings anomalies instead of commonplace.

Epstein dies in the dark, but abuse investigation carries on