Election officials across Texas were sent new lists of registered voters whose citizenship was flagged by the Texas Secretary of State's Office. 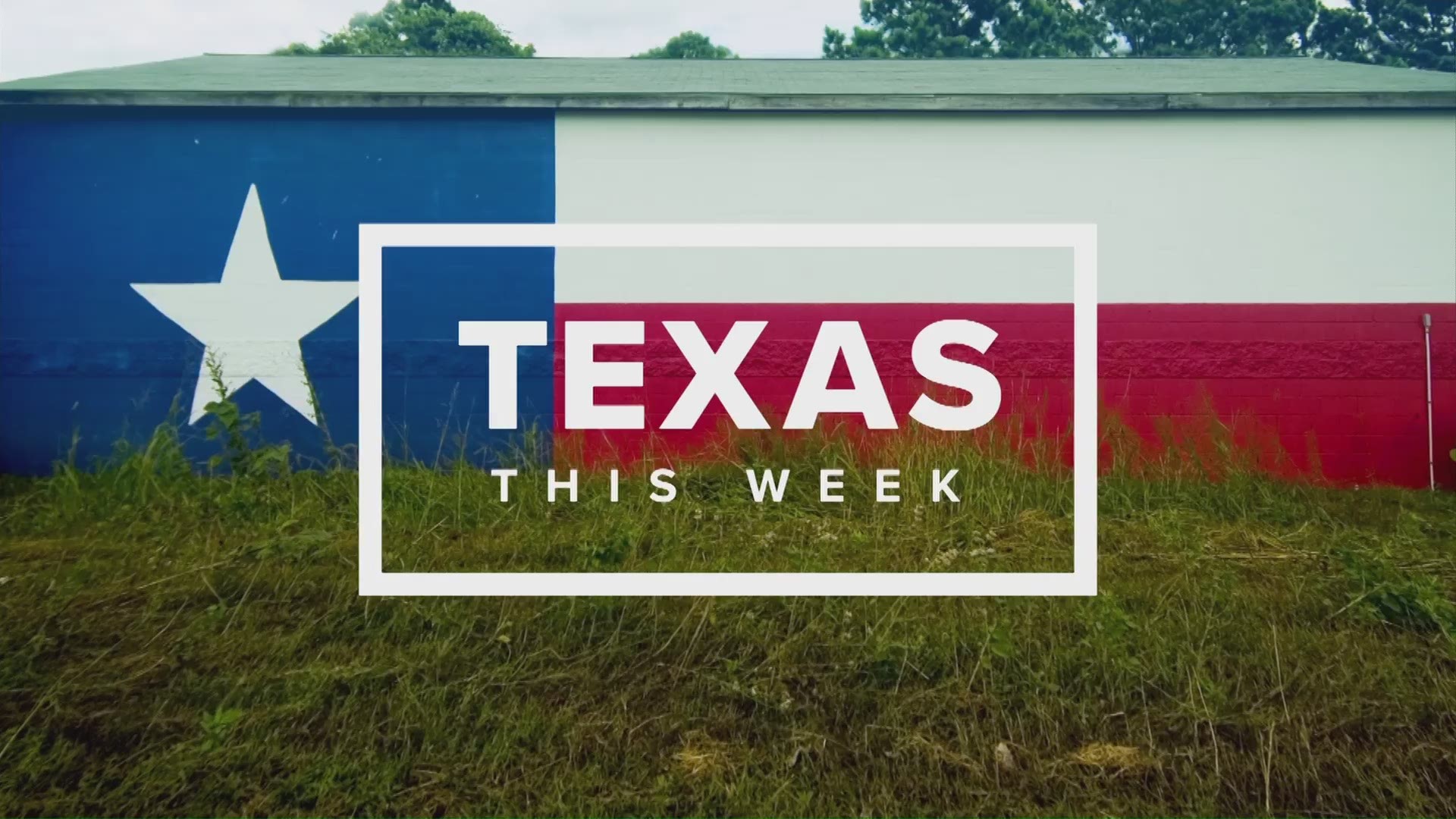 Texas lawmakers want to tap into the Rainy Day Fund. The Texas Senate unanimously approved Senate Bill 500, a supplemental budget bill that spends $6 billion to pay for things that weren't fully funded last session, plus other key priorities including Hurricane Harvey relief and money for safety equipment for schools following the deadly shooting at Santa Fe High School outside of Houston. The bill would take $4.3 billion of that from the Economic Stabilization Fund, also known as the Rainy Day Fund. The bill is now in the House of Representatives and is scheduled for a public hearing on March 18.

The House Committee on Public Education held a public hearing on House Bill 3, the school finance reform bill. It would inject more than $9 billion into the public school system and reduce school property taxes. The author of the bill, Houston Republican Dan Huberty, plans to have it on the House floor for a vote next month.

After being publicly blamed by Governor Greg Abbott for a flawed list questioning the citizenship status of registered voters, this week the director of the Texas Department of Pubic Safety told lawmakers he takes full responsibility for providing that data. Steve McCraw said he should have put a senior level official in charge of compiling the list.

"We should have taken affirmative action on the front end to ensure that we had a senior level person in position at the beginning of this project, which was a brand new project. It wasn't mature, it wasn't like some of the other projects we're working with with the secretary of state," McCraw told members of the Senate Committee on Criminal Justice.

"And if we had done that, there never would have been U.S. naturalized citizens, known to DPS, that was provided to the secretary of state that would have gone out to the election process and cause the problems that it's causing right now. And I can tell you throughout this, the entire project, the secretary was not involved in any of it because he wasn't there at the time."

The confirmation of the secretary of state is still in question after his office sent lists to elections officials across Texas of registered voters, flagging their citizenship status. And earlier this week, another list was sent to election officials. Texas Tribune demographics reporter Alexa Ura talks with Ashley Goudeau about the latest list.

Ashley Goudeau: Lets talk a little bit about the secretary of state. Right now his nomination is before the Senate, but they haven't brought it up for a vote yet. Catch us up with what's going on with that aspect of everything.

Alexa Ura: "Yeah, so this is part of the fallout of his office's efforts to review the voter rolls for supposed non-citizens, an effort which has been flawed and botched from the beginning, and because of it the Democrats in the Senate came out against his [confirmation] and without them he cannot be confirmed if everyone is on the floor when that nomination comes up for a vote. Nominations require a two-thirds majority vote of everyone in the Senate at the time of the vote. And Democrats hold a little bit more than a third of it. So at this point they've had enough power to block that nomination from going through and if they stick together, they could theoretically keep that vote from happening through the end of the legislative session. And without a vote, he would have to vacate his post as the top elections official for the state."

Goudeau: And so one of the things that's really interesting about this is, all of this unfolding and Governor Greg Abbott is defending his pick and he's sort of blaming DPS.

Ura: "Yeah, the state flagged about 100,000 individuals as supposed non-citizens knowing that many of them could be naturalized citizens. But among those 100,000 there are about 25,000 individuals who have already proved they are citizens to the Department of Public Safety. And because of that, the governor, who appointed Whitley to this post, has instead blamed Steve McCraw, the longtime director of the DPS, on those errors for providing Whitley and his office with flawed data that 'hamstrung,' in his words, the review. Obviously, earlier this week we heard Steve McCraw take full responsibility for those errors in the data, but that really only accounts for about a quarter of the names the secretary of state's office sent to local counties for review, knowing that many of them would likely be naturalized citizens."

Goudeau: The counties are still having a hard time going through this list and on top of that, another list was sent out to the counties.

Ura: "Yeah, earlier this week the secretary of state's office sort of misfired some additional names that were sent out to counties. It was what they've, they've blamed it on the vendor. They said that they were testing some data and it inadvertently went out to the counties. But you know this whole review effort has caused real strain between the secretary of state's office and the counties which work pretty closely together to run elections in this state. And this additional mistake did not help. We don't have specifics about how many counties got additional names. We know it was for individuals who visited DPS offices in January and February, but we have not been able to receive any, obtain anymore information about that beyond the secretary of state's office blaming the issue on a vendor."

Ura: "You know, I think the local counties are acting, they're very apprehensive about moving forward with these lists. I've talked to officials across the state who say you know we don't know, everything from they're doubting the reliability of the data that the SOS is working off of to sort of questioning what their role is in asking people for their citizenship status. Of course all of this is playing out after a federal judge in San Antonio basically halted this entire review process and said that counties cannot communicate with people on their lists and ask for citizenship status. And he said that this was, he found it problematic that people who were perfectly American citizens were being asked for their citizenship just because they weren't born here in the way that people who were born here would have not been questioned."

Goudeau: How do you see this playing out then? Because it would seem as though the Democrats in the Senate want to hold someone accountable for the fact that this list went out and that there were people on this list that shouldn't have been. Obviously we've got the lawsuits that are still playing out and the nomination that's before the Senate for David Whitley.

Ura: "You know, I think for Democrats who for years have been talking about voter suppression, they've been pointing to court rulings against the state about their decisions and rulings that found that the state intentionally discriminated against voters of color, and for the Democrats, what we've heard is this fits in within that pattern. The blame sort of varies. I think a lot of them are focused on David Whitley, the head of the agency that allowed for this review to go forward. Some folks are focused on Greg Abbott who appointed him as well. But I think, you know, the fallout has already included this rocky path to confirmation for Whitley because this process is typically one that is sort of rubber stamped by the Senate and doesn't cause a lot of controversy. So I think that will be sort of the most, the most specific way we can track the fallout of this, but obviously we're waiting for an official court ruling on whether or not this was indeed unconstitutional and whether the state intentionally discriminated against people of color when they embarked on this review."

Goudeau: Something we all will be watching. Alexa thank you for joining us this morning.