The saga with Texas Speaker of the House Dennis Bonnen seemingly came to an end this week, with Bonnen announcing he won't seek reelection. 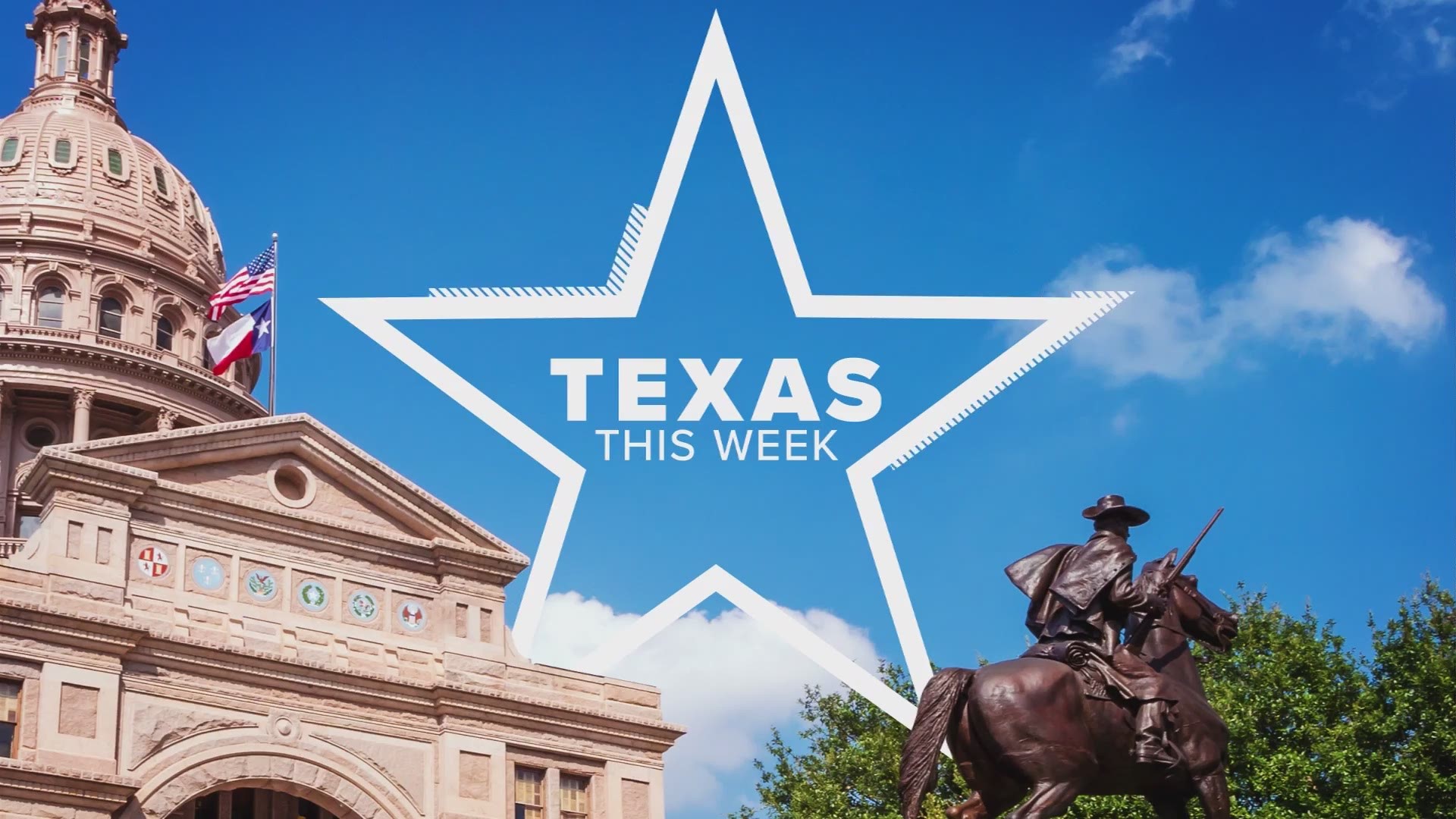 AUSTIN, Texas — The saga with Texas Speaker of the House Dennis Bonnen seemingly reached a conclusion this week.

The Republican Speaker came under fire after the CEO of Empower Texans, Michael Quinn Sullivan, released an audio recording of a conversation he had with Bonnen, where he offered Sullivan media credentials with access to the House floor in exchange for Sullivan campaigning against a list of fellow Republicans in 2020. The recording came out just days before the House Republican Caucus held its retreat in Austin and, afterward, support for Rep. Bonnen (R-Angleton) among lawmakers started to dwindle. This week, Bonnen also announced he will not seek reelection in 2020.

As the Bonnen-Sullivan drama unfolded, the House General Investigating Committee asked the Texas Rangers to investigate the incident to see if any laws were broken. The Rangers turned their findings over to the Brazoria County District Attorney, as she is the D.A. in Bonnen's home district. Two days after the Speaker announced he won't seek reelection, the D.A. announced the investigation was complete and there wasn't enough evidence to charge him with bribery or solicitation of a gift by a public servant. But she had plenty to say about Bonnen, calling his actions "repugnant," "offensive" and "lacking in character."

It's time to Vote Texas! There's one week left of early voting ahead of the November 5 election. KVUE put together a voting series, explaining the propositions on the ballot:

If you don't follow Texas politics closely, you may not realize just how significant the news about Speaker Bonnen is but it has shaken things up at the Capitol. A secret recording created a rift among Republicans in the Texas House of Representatives.

KVUE has requested numerous interviews with Speaker Bonnen but has been told he has no media availability. So, Political Anchor Ashley Goudeau sat down with the other man at the center of this scandal: the CEO of Empower Texans, Michael Quinn Sullivan.

Ashley Goudeau: Michael, thank you for joining us this morning.

Michael Quinn Sullivan: "Absolutely, great to be with you."

Goudeau: Tell us a little bit – we kind-of want to rehash for just a moment – about why you went into this meeting with Speaker of the House Dennis Bonnen, recording.

Sullivan: "Well, went into the meeting because Speaker Bonnen invited me to meet with him. There were things that had been – one that Speaker Bonnen had done during the legislative sessions. That State saw where he lied completely and totally about the actions, activities around a Second Amendment activist, that DPS footage demonstrated conclusively that Speaker Bonnen had lied about that. And there were some things that Bonnen had said that had me concerned. And so I needed to protect myself, just really not knowing what to expect out of the meeting. I realized that I needed to at least have a record to defend myself in the future should it be necessary."

Goudeau: And just so our viewers are aware, not that they haven't seen this all over the place, remind us what exactly happened in that meeting.

Sullivan: "So, in that meeting, I expected it to be somewhere on the spectrum of a tongue lashing for my writers not being sufficiently supportive of Speaker Bonnen and the Republican majority or some sort of plea for GOP unity ahead of 2020 or, you know, some mixture of the two. What instead I was confronted with was the Speaker of the House offering my organization, my reporters, media credentials in exchange for my doing political dirty work for him essentially. Targeting his opponents, withholding spending against him, those sorts of things. Completely unexpected."

Goudeau: And so, this conversation then happens. But you decided to write about rather than to keep it a private conversation between you, Dustin Burrows, who at the time was the Chair of the GOP Caucus.

Sullivan: "Well first, I actually did try to handle it privately. I sent a letter to Speaker Bonnen and to Representative Burrows saying, 'This is what I heard. I'm not going to participate in a quid pro quo arrangement, just not going to do it.' Speaker Bonnen's reply was a fairly heated and deceitful reply, and then we got word that he was bad-mouthing us around, I think kind-of setting the stage for being worried I might talk about it publicly. And that's when I decided that we did need to talk about it publicly. I needed to defend myself, defend my organization and my family and my staff against the things that Speaker Bonnen was and was going to continue to be saying about us."

Goudeau: So, why even send that initial letter? Why not just say, "He put this offer on the table, I'm just not going to take it, we're going to walk away."

Sullivan: "Well first, I was there first as the CEO of a company and I think it's always important to be very clear in your responses. I think that on just kind-of the good ethics as a Christian, I believe whenever you feel wronged, you first need to talk to the person first and foremost. And that's what that was an attempt to do. Also, look, sometimes people say things. Sometimes people say things and either they don't mean them or they get caught up in the moment or whatever it might be, and I felt like I owed it to the honorably-elected Speaker of the Texas House to give him the opportunity to say – even, even, look, frankly, even if he intended to make the quid pro quo offer, as which is now clearly apparent, at least give him an honorable way to back out of it. He chose not to. He chose to take the path of deceit and lies and doubling down rather than taking an ethical approach."

Goudeau: Last week, you released that recording for everyone to hear. The timing of that release – intentional?

Sullivan: "Yes, intentional in that [I] wanted to make sure that this audio, it's an hour and four minutes – folks can still go to TexasScorecard.com, one of our websites, and hear the full audio. It's one hour and four minutes long. There's the, there's certainly the quid pro quo talk, but then there's the kind-of political gossip and Bonnen engages in the locker room talk, some salacious stuff that, you know, quite frankly, I don't think improves the public discourse, quite frankly. And so, I was not overly interested in playing into the lowering of public standards, but if the audio was going to be released, and I had the Governor, the Lieutenant Governor, the Republican Party Chair and others saying 'release the audio.' And so, I said, 'Well, if I'm going to have to release it, if I need to release it, I'm going to release it when people can do something about it.' And that's the Republican Caucus of the Texas House, that unanimously made him their nominee for Speaker – they elected him unanimously as Speaker – and so the Caucus was meeting last week for their retreat and that became the opportunity for them to do something. Rather than just put it out there for the salaciousness of it, release it when it might matter."

Goudeau: So they met, they came out and condemned that audio recording. Monday night, we all got an email some of top Republicans in the House saying that the Speaker no longer had their support. And Tuesday morning, an email that took many of us by surprise: the Speaker of the House saying he would not seek reelection in 2020 and therefore not seek reelection as Speaker of the House. What is your reaction to this? Is this what you wanted?

Sullivan: "Look, we should not mistake, this is a sad thing for Texas. Public corruption, lack of public ethics, those are not things to rejoice about. When a member of the legislature has to resign in disgrace, that's not a good thing. What is a good thing, though, is that there is now the opportunity for all of us as citizens, for the people of Texas, to have meaningful conversations with each other, with our elected officials, sort-of resetting the clock about what we expect out of our elected officials.  About the kind of conduct, about how much variance we're willing to tolerate between what they say in private and do in public and vice versa.  I think that should be the good thing that comes out of it. Now, there's still is a lot of ground to cover. He did not resign his office. He announced he is not seeking reelection. So, there's still a little bit of a mess to clean up. Still a little bit of stench hanging in the air, that Republicans – because Republicans politically control the state, at least right now – they're going to have to figure out navigate the next 13 months until the November 2020 election and demonstrate that they can clean house, that they can govern with integrity and ethics, even with Dennis Bonnen still hanging around apparently."

Goudeau: You're giving me great answers, but you aren't answering the question I asked you which is: Is this what you wanted?

Sullivan: "No. I don't think it is what I wanted. I think that, what I hoped was that, that letter that I sent to Dennis Bonnen on June 29th, I think, June 27th, that Dennis Bonnen would reply and say, 'Man, I am sorry if that's what you heard, that's not what I intended.' That's what I wanted to have happened. I wanted when we, after waiting a month, I wrote about it publicly, it would have been better for Dennis Bonnen to have recanted and say, 'You know what, I probably did say something stupid in that meeting, and I am sorry we should never be trading government services for actions that benefit politicians individually. That was a wrong thing to do. And I'm sorry I'm going to do better.' That's what I had wish had happened. That would have been better for the people of Texas. It would have been better for the reputation of the Lone Star State. The fact that Dennis Bonnen is stepping down is now probably the least good, good result out of this, I guess. What I hope, in all cases these things point to, is for us to remember that as citizens is it is our job to hold our elected officials accountable. It is our job to not tolerate public corruption."

This week, Ashley Goudeau reflects on the wise advice of a controversial man, John Gotti, who said, "Don't ever say anything you don't want played back to you someday."

'It was complete chaos': Two dead, 14 injured in shooting at homecoming party in Greenville