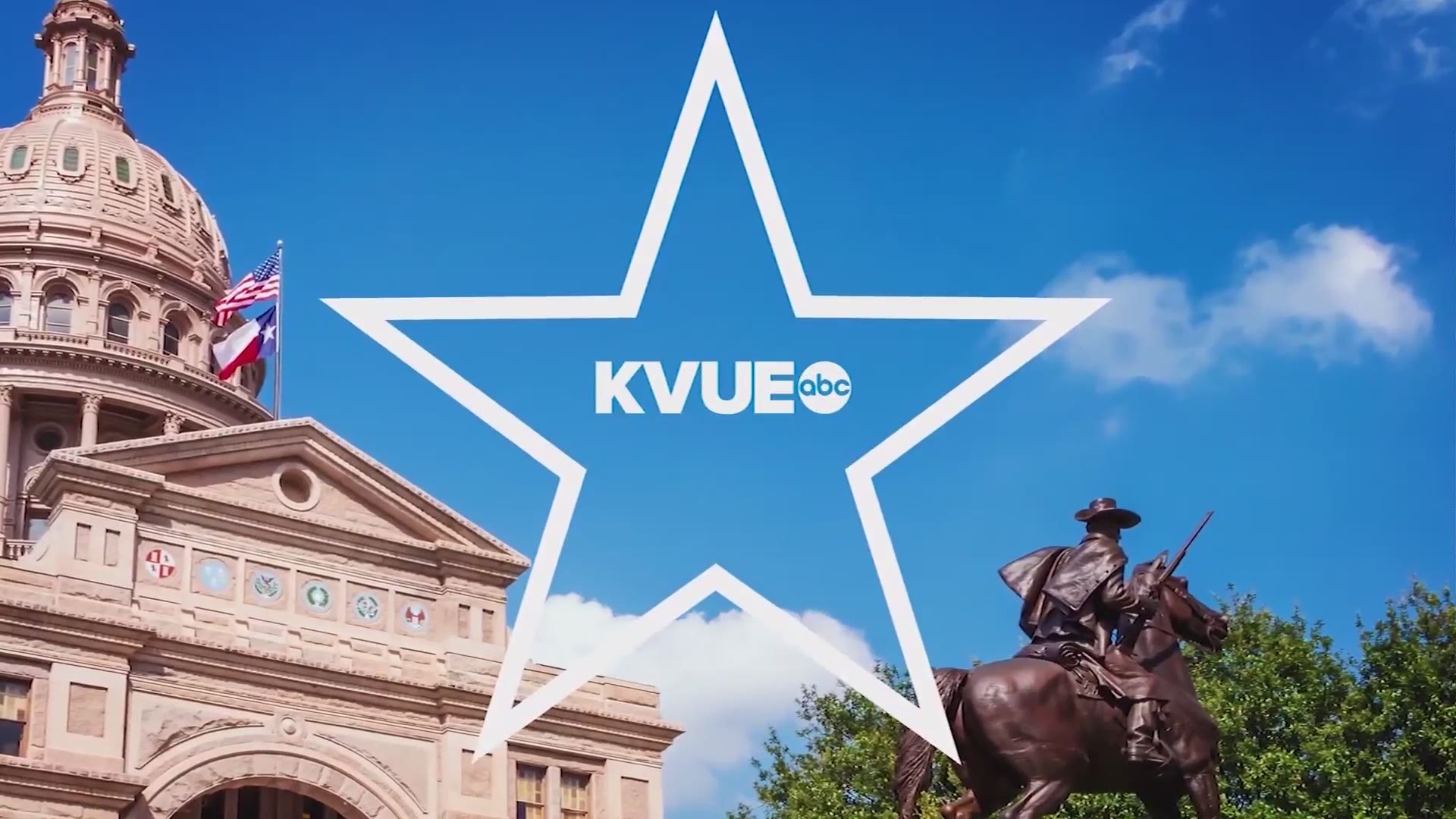 Gov. Greg Abbott, Lt. Gov. Dan Patrick, Speaker of the House Dennis Bonnen and several State lawmakers held a news conference in Fort Worth on Tuesday to introduce legislation to freeze property tax revenue for any Texas city that decreases funding to its police department.

The move is in response to the new budget passed by the Austin City Council that cuts and reallocates up to $150 million from the Austin Police Department's budget. This means cities like Austin wouldn't be able to collect a greater amount of money in property taxes than what is collected at the time they make the funding cuts. The State leaders said cities shouldn't be able to get more money from residents that they have endangered.

Austin Mayor Steve Adler criticized the plan, saying the governor is just spreading fear and misinformation about what the council passed. Austin's new budget goes into effect Oct. 1, while the Texas legislature isn't set to meet until January 2021.

Lawmakers and congressional candidates across the country held events at post offices this week to protest changes happening to the agency that are leading to major delays. The executive vice president of the postal service sent letters to secretaries of state across the U.S., including the Texas SOS, warning mail-in ballots could be delayed and ultimately voters could be disenfranchised.

History was made during the Democratic National Convention this week. California Sen. Kamala Harris (D) became the first Black woman nominated to run for vice president for the Democratic or Republican parties. The virtual convention featured a wide range of speakers from former presidents to rising stars in the party to everyday folks and a few surprises, including Republicans criticizing President Donald Trump and calling on their fellow Americans not to vote for him in November.

Republican U.S. Rep. Mike Conaway is leaving the House after eight terms representing District 11. The district stretches from Llano County in Central Texas all the way to Midland in the west and Stephenville in the east.

Ashley Goudeau: First, tell our viewers a little bit about your background and why it is you're running for Congress.

Jon Mark Hogg: "Well, I was – my family is originally from southeast Texas. I was born in Tyler, but my parents were Baptist missionaries so I grew up, spent my childhood in Trinidad and Tobago. We ultimately ended up in El Paso, where I graduated high school, living on the border there and then went to Baylor St. Mary's Law School. I married a girl from San Angelo, and she was fortunate enough that I got a job offer when I got out of law school in San Angelo. So, we've been here for the last 28 years, raised two great kids. My wife works at the Central High School library in San Angelo, and I've just been practicing law in Texas 11 for the last 28 years, just all over the area."

Goudeau: Tell us what made you decide to run for Congress.

Hogg: "Well, it was a lot of things but primarily because of the type of – the tone and the tenor of politics and the ugliness that has gone on, not just during the last three and a half years, but even longer than that. I just sensed that there was a voice out there for people that were, you know – what I heard was frustration. And I also felt that our area had not received adequate representation for quite a long time. I thought that the representation that we were getting was focused primarily on addressing and talking about national political issues and not the issues that really matter to the people in District 11, such as affordable health care, the crisis of closures of hospitals, the rural health care crisis, education, jobs, those sorts of things, the kitchen table issues. And I also wanted to just bring, I think, a sense of restoring some focus to be on the common people, the common folk, and just try to help bring back some sense of common sense and common decency into government."

Goudeau: District 11 has been represented by Republican Congressman Mike Conaway since 2005. So, what makes you think that you can flip the seat and that the people of District 11 are ready for a Democrat?

Hogg: "Well, I think there's more Democrats out here than people realize. What people mistakenly think of it, as a Republican district, I think to a large extent, is a district that has not had choices and has not had opportunity, and as we see with most races, if there's not Democrats running in local races, people are voting in the Republican primaries to have a say in who's county sheriff and those sorts of things. I think the thing, the realistic thing this year, is all bets are off. This is 2020. This is not like any other political year. All the political assumptions that we have approached do not apply this year, in my opinion. I think we're going to see a lot of interesting things happen, and I don't think anyone can predict what is going to happen in Texas, what's going to happen in the United States or what's going to happen in District 11.

Goudeau: Now, if you are elected to Congress, what would be your top priority?

Hogg: "My top priority for sure is health care affordability and the crisis in the closures of our rural hospitals across the state. We have the highest rate. We have lost 26 rural hospitals in the state of Texas in the last 10 years. And that goes along with a huge crisis across the country, nationally. I want to focus on rural health care, and I also want to focus on making health care affordable because both of those go hand-in-hand.

As far as a local issue, one thing that I'm particularly concerned about is the plan – which has been supported by Rep. Conway, which has been supported by my opponent and many other Republican officials in this district – is to bring in high-level, highly radioactive nuclear waste from across, from 100 nuclear power plants across the country, to store in District 11. I'm speaking up for the people of the Permian Basin and West Texas in that and so, that also will be a priority. But those would be my first two."

Goudeau: Share with our viewers some final thoughts about why they should elect you this November.

Hogg: "Well, the reason I think they should elect me is because I'm [the] most qualified. I have been in this district for 28 years. I have practiced law in this district, in all the courts in this district and through the state of Texas, for 28 years. I have lived here. I've been, I've gone to church here. I've been a part of organizations in this district. I have friends and cases and clients all over this district, in every county in this district. My district includes Midland, Odessa and San Angelo, of course. We have focused – I am the only one who's actually spent time representing the interests of oil and gas, representing the interests of farmers and ranchers and even representing the interests of green energy companies. I'm the only one who has served in elected office in this race. I served on the San Angelo City Council and also served, a temporary time, as mayor after our mayor had resigned. I've represented governments and cities and counties and dealt with State governments all over the state of Texas throughout my career. And I think that is the kind of experience, as far as both a lawyer, as far as a mediator and also an elected official and a public servant. I understand what it takes to do that. And I'm ready for that challenge."

Texans have until Oct. 5 to register to vote. Early voting is set to run from Oct. 13 through Oct. 30, and Election Day is Nov. 3.