MJ Hegar will take on Sen. John Cornyn in November – and that's just one of the match-ups voters decided on this Election Day. 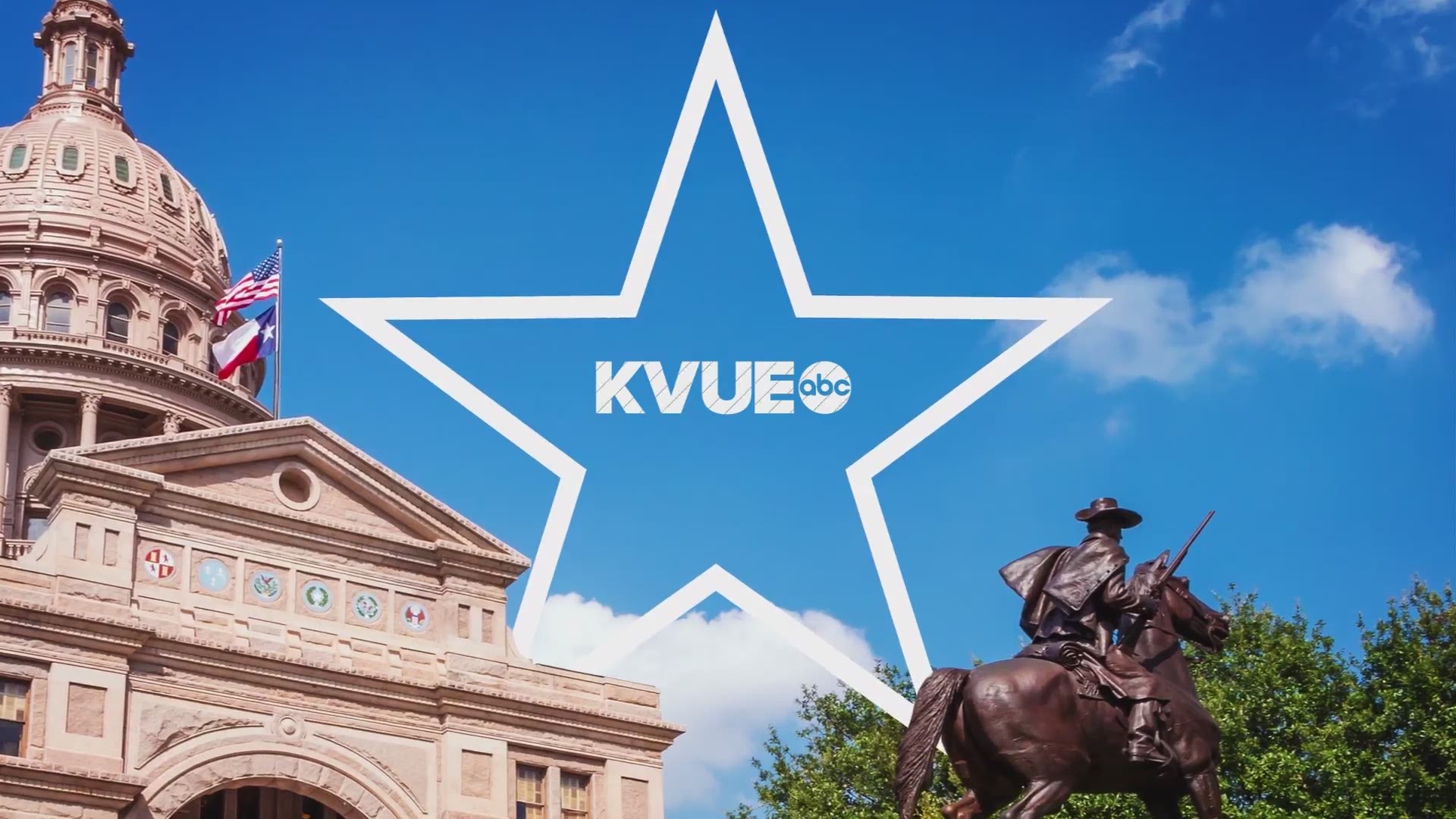 AUSTIN, Texas — The ballot is set! After some record-breaking primary runoff voter turnout, we now know the November match-ups for several congressional and State races.

With COVID-19 case numbers, hospitalizations and deaths surging in Texas, the Texas Education Agency (TEA) has released revised guidelines for reopening schools. Now districts can delay on-campus learning for four weeks, and school boards have the option to extend that by another four weeks.

The State is also giving the TEA $200 million from the CARES Act to purchase e-learning devices and home internet solutions for students.

Gov. Greg Abbott says he has no plans to shut down the state. In an interview with KVUE on Monday, the governor said it's unlikely people would abide by the rules of a shutdown – and enforcement would be hard.

Instead, he says cities and counties should take steps to enforce the mandatory mask policy he put in place.

RELATED: Voter turnout: How many Travis County residents voted in the primary election?

With the runoff races over, all eyes are on November. We now know which candidates will go head-to-head, as Democrats try to turn the state purple and Republicans fight to maintain control.

Let's recap how the candidates faired on Election Day – and the road ahead for them.

The hottest race for Democratic primary voters was at the top of the ticket. Air Force veteran M.J. Hegar and State Sen. Royce West went head-to-head for a chance to take on Republican U.S. Sen. John Cornyn.

The two had already beat out a pool of 12 on Super Tuesday. On Election Day, Hegar came out on top, earning 52% of the vote to West's 48%.

"Texans have a very sensitive BS meter, and Texans can abide a lot from their representatives. One thing they cannot abide is spinelessness and bootlicking. Those qualities are not something we associate with Texas, and I believe that we will have our voices heard in November," Hegar said.

"We've been a low voter turnout state for so long and because of that, our representatives do not reflect our values. Most Texans don't want voter suppression, they want vote by mail. They don't want gerrymandering. They don't want corporate money in politics. This election is our moment to define who we are and to send that message to our allies and enemies around the world. And this is our only moment, it's our last chance, to maintain the mantle of the leaders of the free world. And we have the chance to change the direction of our entire country from right here in Texas," Hegar said. "We're going to flip the Senate and get Mitch McConnell's legislative graveyard to open up and start working for regular people again."

RELATED: After securing Democratic nomination, MJ Hegar says she is 'on track' to defeat Sen. Cornyn this November

Cornyn was first elected to the U.S. Senate in 2002. He's seeking his fourth term in office.

KVUE reached out to Cornyn's campaign for an interview but didn't hear back. However, the campaign did release a statement after the election that read in part, "It took millions of dollars in outside money to help Hollywood Hegar clinch the Democratic nomination. In reality – and without the special effects – her candidacy isn't very impressive."

The statement went on to say, "We look forward to shining a spotlight on how ideologically out-of-touch Hollywood Hegar is with Texans and her inability to go off-script to have substantive policy discussions."

U.S. House District 10 encompasses parts of Austin and stretches all the way to Katy, west of Houston. Republican Rep. Michael McCaul has served in the House since 2005 and is seeking his ninth term in office.

This November, he will face a familiar opponent. Attorney Mike Siegel defeated Dr. Pritesh Gandhi in the runoff, earning 54% of the vote.

Back in 2018, Siegel lost to McCaul by just four points. He'll see if he can make them up this time.

Democrats are hoping to reclaim the district. Rick Kennedy – who ran against Flores in 2018 – walked away with 57% of the vote in the runoff.

And who he'll face in November caught some members of the GOP by surprise. Despite having a sizable lead in the primary and earning multiple endorsements – including that of incumbent Flores – Renee Swann fell to former Congressman Pete Sessions, 54% to 46%.

Republican John Carter has served in the U.S. House of Representatives since 2003, representing District 31, which is made up of Williamson and Bell counties.

Carter was nearly defeated in 2018 when then-political newcomer M.J. Hegar ran against him. Two years later, he'll face engineer Donna Imam, who defeated Christine Eady Mann in the runoff by earning 57% of the vote.

A Republican will try to flip solidly blue Congressional District 35, which spans from Austin to San Antonio. While his district lines have changed significantly while in office, long-time Democratic Congressman Lloyd Doggett currently represents the district and is seeking his 14th term.

This November, Jenny Garcia Sharon will try to defeat him. She won the runoff with 53% of the vote.

Republicans will also try to take back two seats in the Texas House that flipped in 2018.

In 2017, Jason Isaac announced he would not seek re-election for House District 45 – made up of Hays and Blanco counties – in order to run for Congress. Democrat Erin Zweiner narrowly defeated her Republican challenger and is now seeking her second term.

But District 45 voters will see a familiar name on the ballot. Jason Isaac's wife, Carrie Isaac, defeated Bud Wymore in the runoff with 65% of the vote.

An endorsement by Gov. Abbott paid off in the District 47 race. Former police officer Justin Berry had Abbott's backing and defeated Jennifer Fleck, 55% to 45%.

Berry will face incumbent Vikki Goodwin in November. Goodwin is seeking her second term after flipping the District 45 seat in 2018. She squeezed out a win against four-term Republican incumbent Paul Workman to represent West Austin and Travis County.

Voters in Travis and Bastrop counties not only cast their ballots in the primary runoff but also a special election for a new State senator.

Democrat Kirk Watson resigned from his upper chamber job to become the founding dean of the Hobby School of Public Affairs at the University of Houston. Six candidates – from all parties – ran to fill his seat.

On Election Day, District 14's true color showed: blue. The two Democrats in the race, former Travis County Judge Sarah Eckhardt and State Rep. Eddie Rodriguez, advanced to a runoff – though Eckhardt was less than half a percentage point away from clinching the seat.

"The strategy for winning this campaign is good governance. If I can continue to demonstrate good governance, that I will go looking for those systemic solutions to the problems that we're facing," Eckhardt said.

In a statement, Rodriguez said, "I believe I have the best experience, vision and judgment to get us through these crises and to ensure an equitable recovery."

Gov. Abbott has not yet set a date for the Texas Senate runoff election, but it's expected to happen in September. As for the other races, you can count on KVUE to bring you interviews with the candidates to help you make an informed decision in November.