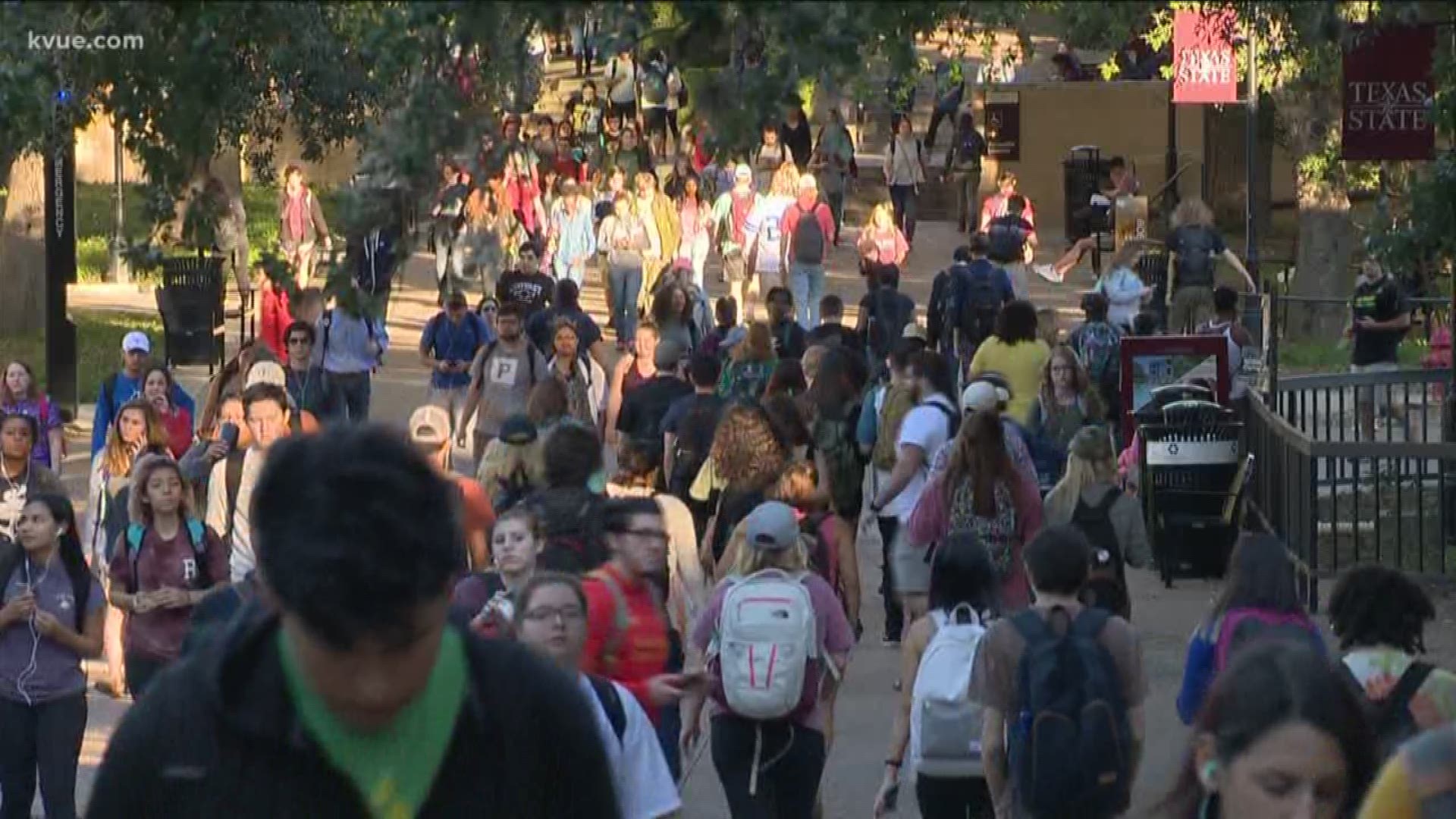 SAN MARCOS, Texas — The Texas State student government passed a measure to kick a conservative student organization off campus earlier this week – but now, the student body president has vetoed that measure.

In the letter she sent to Texas State leaders, Castillo wrote, "The call for the immediate removal and barring of Turning Point USA from Texas State will set an invalid precedence that when opposing opinions arise that the solution is to bar one from organizing, thus fundamentally violating the First Amendment. It is my duty to serve all students no matter their differing opinions and I will ensure that every students' rights are upheld until the end of my term."

You can read Castillo's letter in its entirety below:

But not all students agree – like David Lopez, who thinks this vote violates the First Amendment.

"I think it's one of the most vital rights we have as students and as people in general in America," said Lopez. "I think an organization rightfully can say anything they want ... it's infuriating to me that we would violate that First Amendment right."

Members of the group said they exercised their right to free speech.

Texas State leaders issued a statement last week, saying, "Student organizations are not barred from Texas State University campuses unless they are under university-imposed disciplinary sanctions. Student government, on its own, does not have the authority to bar a recognized student organization at Texas State."

When the Student Senate at Texas State voted Monday night, nine student senators voted in favor for Turning Point USA to be removed. Eight voted against it, while four abstained (meaning they neither felt for or against it) and one was absent from the voting.

Castillo, who cannot vote on the matter, said it's all been a little overwhelming.

"I think it'll allow this university to grow and allow our Bobcats to understand there are thousands and thousands of Bobcats on this campus who have different opinions and that's OK as long as we remain civil and respect each other's opinions," Castillo said.

KVUE reached out to Texas State's chapter of Turning Point USA, but it did not get back to us for comment. If it does, we will update this story.