Senate Bill 2142 had not even been filed when the day started Monday, but lawmakers suspended their rules to hastily push it through the Senate. 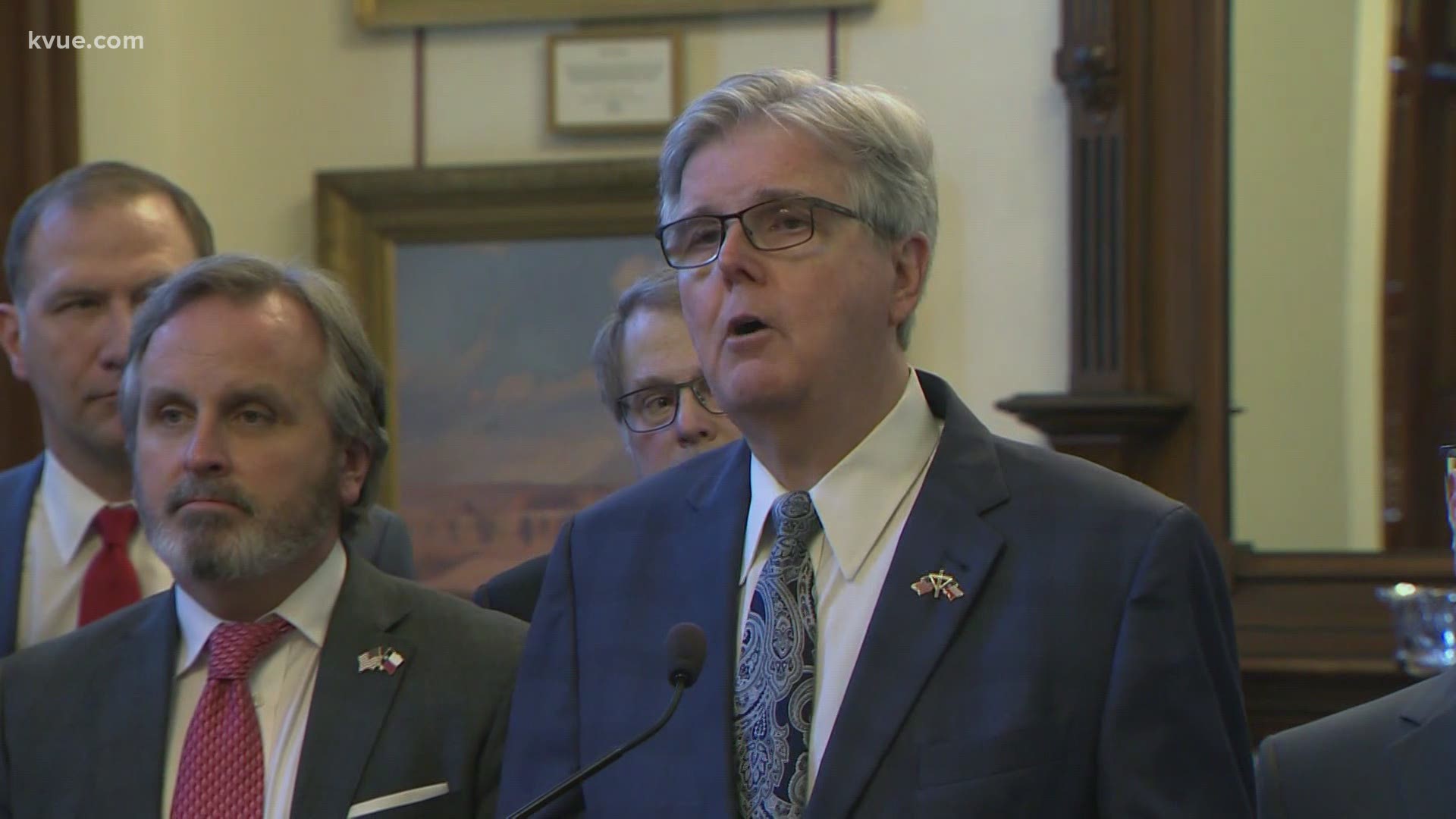 Lt. Gov. Dan Patrick hastily convened a session of the Texas Senate on Monday as members suspended their own rules and took highly unusual steps to push through a bill that would force the state’s utility regulator to reverse billions of dollars in charges for wholesale electricity during last month's winter storm.

Senate Bill 2142, sponsored by state Sen. Bryan Hughes, R-Mineola, had not even been filed when the day started Monday — and the full Senate hadn’t been scheduled to convene. But by 2 p.m., it had been read on the Senate floor, approved in a hastily convened committee meeting that featured no public comment and then approved by the full Senate on a 27-3 vote.

Thanks to that extraordinary pace, it became the first bill that either chamber of the Legislature had passed since convening Jan. 12. It will head now head to the House, where its fate is currently uncertain.

"The Senate has acted," Patrick said after Monday's vote. "We are asking the governor to join us. And I think if he will say he'll sign this bill, it may help us get this bill through the House."

Abbott had previously named an investigation into “billing errors” as an emergency item for the Legislature. An independent market monitor estimated that the grid operator, the Electric Reliability Council of Texas, overbilled power companies by $16 billion dollars around the time of last month's winter storm, but the Public Utility Commission refused to order ERCOT to adjust prices. The watchdog later revised its estimate of the overcharges to $4.2 billion, but that did not dampen Patrick’s wrath.

The bill states that the PUC “has all necessary authority” to order ERCOT to reprice billions in charges after the state’s power grid operator imposed a cap on electricity prices during the winter storm. The measure says the PUC “shall” order ERCOT to correct the pricing and gives the PUC a deadline of March 20 to act.

"These charges, if they're allowed to stand because of this mistake, will be excessive," Hughes, the author, said on the Senate floor. "But it's important: they're not just excessive, they're wrong, they're inaccurate, that's not the accurate price."

The filing of SB 2142 came after Friday's deadline for filing legislation during the 2021 legislative session. But the Senate found a way around that rule in one of its bolder procedural moves Monday. The chamber brought back up its motion to adjourn Thursday and withdrew it, essentially going back in time on the legislative calendar and allowing Hughes to file his legislation before the Friday deadline.

The move is the latest escalation in a growing divide between Patrick and Gov. Greg Abbott on the pricing issue and the leadership of the PUC. Patrick and most senators believe the prices should retroactively be brought down, and they have asked the PUC to do so. PUC and ERCOT leaders say the prices were intentionally left high to incentivize generators to send power during widespread outages. The PUC’s chair has said he doesn’t have authority to retroactively change the market price and has warned of unforeseen consequences of meddling in an electricity market that has already been settled.

State Sen. Joan Huffman, R-Houston, who chairs the committee that approved the bill earlier Monday, rebuffed the idea that repricing lies outside the PUC's authority.

"Though this is a non-amendatory legislation — which means we're not changing statutes and so-forth — it does have the force of law," she said. "So by us enacting this legislation, we are telling the PUC this is not illegal."

The PUC’s sole serving member, Arthur D’Andrea, told the state Senate last week that he does not have the authority to retroactively adjust prices. The other two spots on the PUC are vacant because their prior occupants resigned after the winter storm. Patrick has also called on D’Andrea to step down or for Abbott to remove him.

Abbott has continued to stand behind D’Andrea, writing in a Friday letter to Patrick that “the only entity that can authorize the solution you want is the legislature itself.”

It's unclear how the bill will fare in the House. While most senators have signaled an appetite to move quickly on the issue, members of the lower chamber have so far taken a more measured approach. If passed, it's unclear if Abbott would sign the bill.

"These are very complex issues and that's exactly why the Legislature is the right body to investigate this, to weed through all these complexities, and to make sure that if legislation is passed, it will satisfy the requirements of the Texas Constitution," Abbott said at a press conference in Houston.