State lawmakers asked the Rangers to step in and investigate what was really said in a meeting between the Speaker of the House and the CEO of Empower Texans. 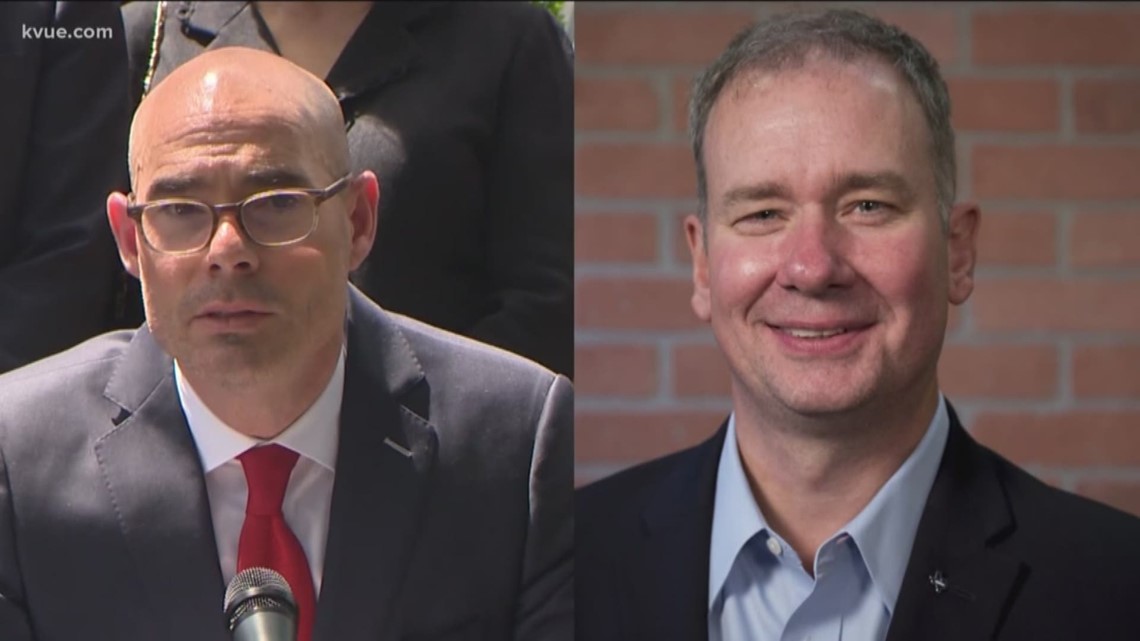 AUSTIN, Texas — The Texas House General Investigating Committee voted Monday to ask the Public Integrity Unit of the Texas Rangers to investigate the June 12, 2019, conversation between Speaker of the House Dennis Bonnen (R-Angelton) and CEO of Empower Texans Michael Sullivan.

The Texas Rangers confirmed to KVUE they will open the investigation and confer with prosecutors.

"Based on a request made during the House General Investigating Committee hearing today, the Texas Rangers are conducting an initial inquiry into this matter and will consult with the appropriate prosecutor," a spokesperson from Texas DPS said.

Shortly after calling the public hearing to order, Chair Morgan Meyer (R-Dallas) announced there wouldn't be any testimony.

"There will be no testifying witnesses today and only members of the committee will be participating in the proceedings," Meyer said.

Then, less than two minutes after the hearing was called to order, the five Representatives who make up the committee went into executive session.

"This public meeting was supposed to be about transparency, but two minutes in and now they're in the backroom again," said State Rep. Michelle Beckley (D-Carrollton).

"Backroom" is a word being thrown around the Capitol a lot lately. It all started with an article by Sullivan who wrote Bonnen made him a "backroom offer" to grant Empower Texans the media credentials it has long wanted, and even sued for, if the Empower Texans PAC campaigned against a list of Republican lawmakers.

Shortly after news of the article began to circulate, Bonnen released the following statement, denying Sullivan was given a list:

"Last Friday, I sent an email to my Republican colleagues to set the record straight regarding the latest hit job to emerge from Empower Texans in their longstanding effort to divide and destroy the Republicans in the Texas House.

Despite my best attempt at clearly and efficiently laying out the facts, the true nature of my conversation with Michael Quinn Sullivan somehow continues to get lost in the media narrative. Let me be clear. At no point in our conversation was Sullivan provided with a list of target Members. I had one simple reason for taking the meeting — I saw it as an opportunity to protect my Republican colleagues and prevent us from having to waste millions of dollars defending ourselves against Empower Texans’ destructive primary attacks, as we have had to do the past several cycles.

I asked Chairman Burrows to be present as a witness to our conversation. I also asked him not to comment on this matter because this was an attack by Sullivan on me as the Speaker, and I wanted the opportunity to communicate with Members directly in an email that I sent on Friday evening. I have apologized to Chairman Burrows for everything he has gone through — at no fault of his own — as a result of simply doing what I asked him to do.

It is my hope that this additional context will resolve any lingering issues related to this matter so that we can move on. Sullivan’s only goal is to create chaos among House Republicans, and I only took this meeting in an effort to stop that chaos. Clearly, I was wrong. As I expressed to my Republican colleagues on Friday, it will always be my top priority to protect their best interests, and I look forward to working with them to maintain a Republican majority in 2021."

But Sullivan came back with a second article, stating he recorded the conversation. Afterward, Sullivan played the recording for various people who confirmed his story. Some of those people reached out to Beckley.

"According to a lot of different people who have called me in the last couple of weeks, I am on the tape being disparaged by the Speaker of the House as one of the Democrats he supposedly called names," she said.

Beckley's following the "sticks and stones" mantra about the comments but said campaign violations can hurt Texas politics.

The committee emerged from executive session less than an hour later and voted unanimously to ask the Texas Rangers Public Integrity Unit to get to the bottom of all this and report back to it.

"Any investigation should follow the facts and the evidence without regard to political considerations," Meyer said.

Regardless of what is found, Beckley thinks it will be the end of Bonnen's reign as speaker.

Bonnen has called several lawmakers to apologize, including Beckley who didn't want to talk about their conversation.

"Speaker Bonnen fully supports the committee’s decision and has complete faith in the House Rules and Committee process working as they are intended."

And Sullivan said in a statement he's pleased with the decision as well:

"While I am disappointed Speaker Dennis Bonnen and State Rep. Dustin Burrows chose the course they did to deceive the public about our June 12 meeting, I’m glad the Texas House General Investigating Committee appears to be searching for the truth.

I recorded the meeting to protect myself from Speaker Bonnen’s proven practice of using lies to attack his adversaries. It is abundantly obvious my decision to record our meeting was the correct one. I remain hopeful Mr. Bonnen will recant his false claims about me and the facts surrounding our meeting."