The bill aims to slow rising property tax revenues and make it easier for Texans to understand how their tax bills are determined. 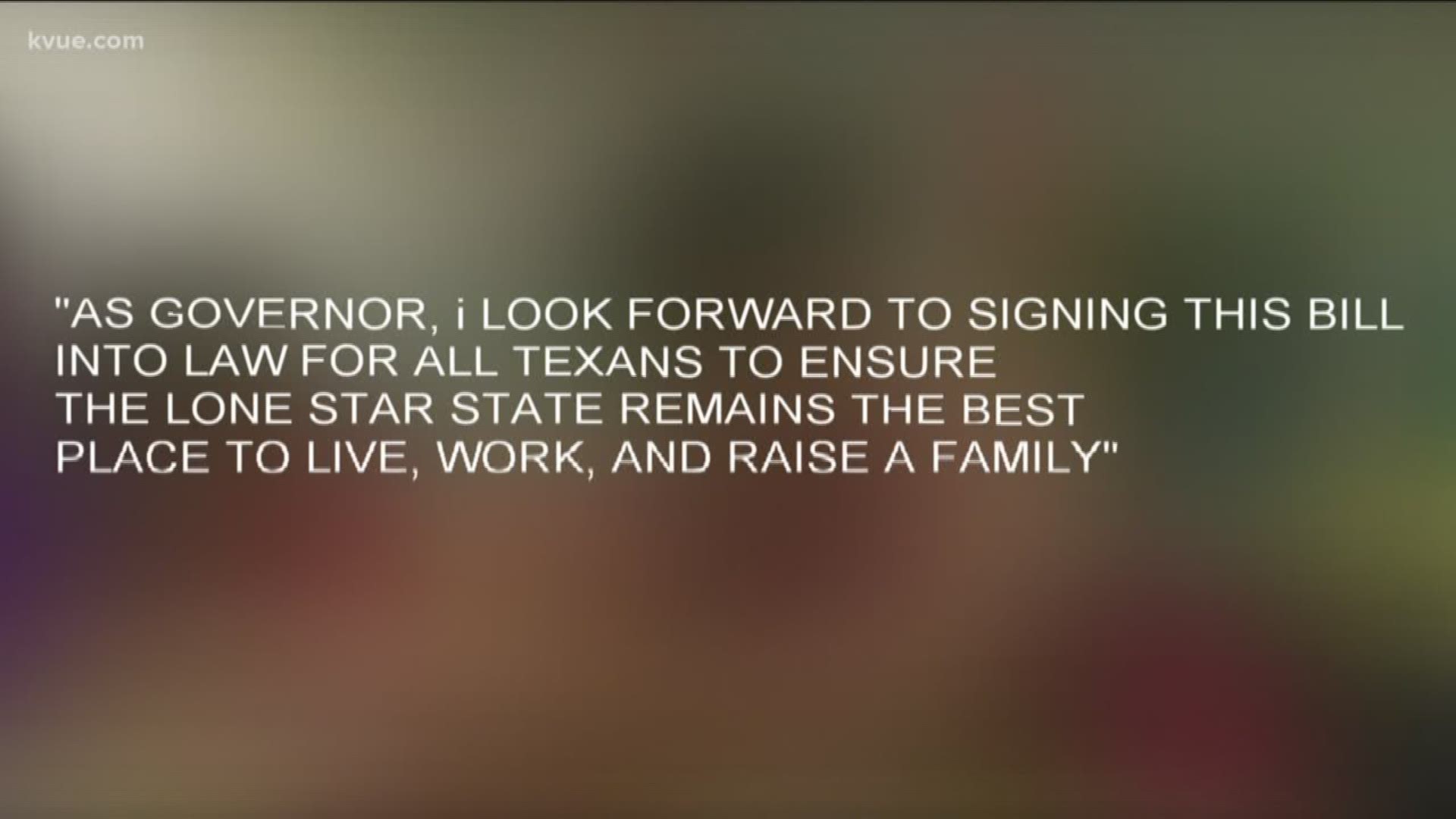 If signed by the governor — who has proclaimed his support for it — the Texas Property Tax Reform and Transparency Act would require cities, counties and other taxing units to receive voter approval before levying 3.5% more property tax revenue than the previous year. Community colleges, hospital districts and units with the lowest rates — of 2.5 cents per $100 valuation, or less — must do so before surpassing 8% revenue growth.

Proponents have called Senate Bill 2 a landmark reform, pointing to a raft of changes the bill makes to demystify the property appraisal and tax processes.

“Texas taxpayers are frustrated by rising property taxes. They are often confused about the process and many are scared of losing their homes," state Rep. Dustin Burrows, the House sponsor of the legislation and a Lubbock Republican, said in a statement.

The legislation, which is not designed to reduce tax bills, "sheds light on who is raising their taxes and by how much," Burrows said. "It gives our taxpayers more control over the process."

The measure would create an online database to show property owners how proposed rate changes would affect their bills and make it easy to comment on increases using an automatically generated online form. The database would also include information about when public hearings are held to set local tax rates.

But while the transparency provisions garnered broad support during the legislative session, which ends Monday, other portions of the measure drew heavy fire from both sides of the political spectrum. Democrats said it would hamper local governments’ ability to provide vital services, and hardline conservative activists said it was not aggressive enough in offering relief.

One of the most contentious points of the reform package was the requirement that most taxing units hold an election before raising 3.5% more property tax revenue than the previous year. Only property taxes levied on existing properties, not new developments, count toward the revenue growth calculation.

"We all agree that Texas homeowners deserve a break," state Sen. José Rodríguez, D-El Paso, said on the Senate floor Saturday. "I still do not believe that tax cuts or trigger elections or, for that matter, whatever term you want to use, will work to meaningfully — meaningfully — decrease the amount of money that home-owning Texans are going to pay."

State Sen. Kelly Hancock, R-North Richland Hills, who led negotiations over the bill, insisted all Texas taxpayers would be better off with the legislation's passage.

Appraisers determine the value of an owner’s taxable property, a number that plays a key role in determining the amount of taxes the owner pays. But taxing units, including cities, community colleges and special purpose districts, levy the property taxes and set the local tax rate.

Currently, if a taxing unit tries to raise 8% more property tax revenue than the previous year, voters can petition for an election to roll back the increase. The 8% figure was set during a period of high inflation in the 1980s, and lawmakers have billed the lowered threshold as a necessary correction. But opponents say it would decimate local budgets while providing little tax relief for most Texans.

The bill gives taxing units some financial flexibility to provide poor people with attorneys and to pay for public hospitals. Not all of those expenditures will count toward the threshold that triggers an election.

In addition, cities, counties and other taxing units subject to the reduced election trigger can bank unused revenue growth for three years, allowing them to exceed the 3.5% threshold in some of them.

Abbott and leaders in the Legislature have agitated to pass a property tax relief bill for years. In 2017, lawmakers twice failed to advance measures that would have set the threshold between 4% and 6%. The governor later campaigned on a plan to limit the growth to 2.5%, and lawmakers increased it to 3.5% around April. Democrats and local officials decried the lower figures as impractical, and some suggested it was a punishment meted out after they refused to accept past proposals.

Still, more than a thousand taxing units may not have to abide by the 3.5% threshold in the reform bill, thanks to a provision that lets them raise $500,000 a year without automatically having to hold an election.

The allowance is intended to help areas with small tax bases make one-time, big-ticket purchases — for example, to buy a fire truck. It also may prevent local governments from having to administer elections when the cost of an election could outweigh the amount of revenue they are trying to raise.

If adding $500,000 would lead to a revenue growth increase of more than 8%, voters in the area could petition for an election to reduce it. They would need to gather fewer signatures than what current law requires.

The House approved the bill in an 88-50 vote, with 12 lawmakers marked absent and about a half-dozen Democrats voting for it. The Senate later approved it on a 21-9 margin.

This year’s bill was advertised as a top priority for the state’s top three leaders, who held a press conference near the start of the legislative session to showcase their “unprecedented” early unity on the issue. The unanimity seemed to hold even as the session gave way to marathon hearings, sparring between the two chambers, and outcry from Democrats and local leaders over the bill.

Ultimately, it was an ambitious tax swap plan that proved to be the more politically-charged tax effort. Midway through the session, the state’s top three Republican leaders threw their weight behind a plan to drive down property taxes using a 1% increase to the sales tax. The effort would have put the state’s sales tax rate on par with California as the highest in the country, and it provoked fierce pushback from Democrats for its impact on poor people. Meanwhile, some Republicans appeared resistant to a sales tax increase, even if it came tethered to a property tax decrease. The plan collapsed a month after state leaders announced it.

But lawmakers proclaimed the passage of the property tax reform bill Saturday “an astonishing accomplishment” and “one for the record books."

“This is the tax relief Texans deserve,” said state Sen. Paul Bettencourt, a Houston Republican and architect of the bill. "Tonight,” he said, millions of taxpayers “can go to sleep knowing that finally, finally ... their pleas for help on their property tax bills, help to stay in their home, help to stay in their business, have finally been heard.”

Abbott said in a statement that he looked forward to signing the bill into law.

"For far too long, Texans have seen their property taxes skyrocket as they are reduced to tenants of their own land," he said. "Tonight, the Texas legislature took a meaningful step in reinforcing private property rights by reining in the power of local taxing entities, providing more transparency to the property tax process, and enacting long awaited appraisal reforms."

School districts were included in SB 2, the reform bill, when it was filed but are not in the final version. Instead, under the public education measure, school districts with property values growing 2.5% or more would see tax rates automatically lowered to keep revenue growth in line. 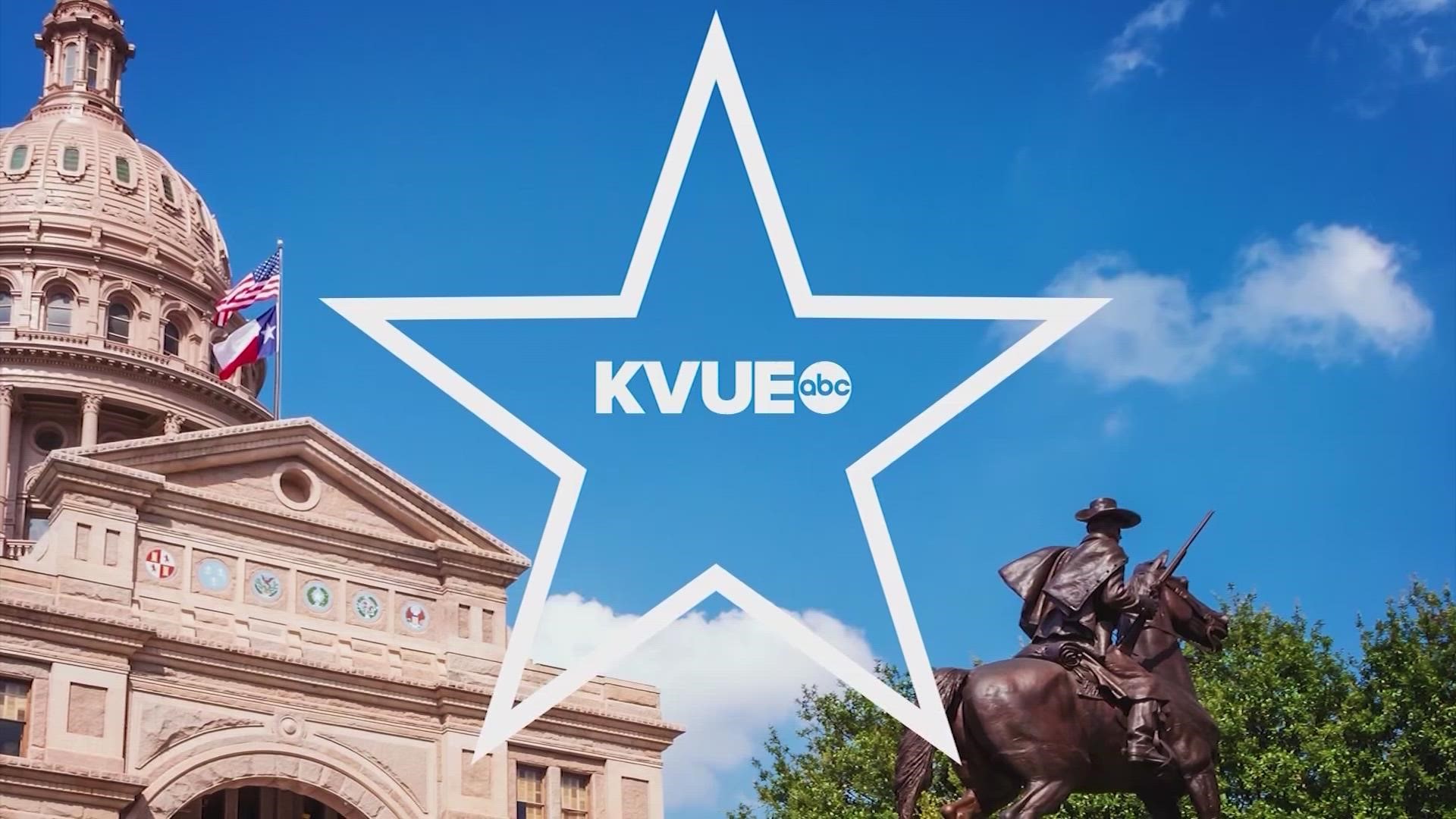