A few dozen veterans traveled to the State Capitol Thursday to ask lawmakers to expand the rules on the type of bingo that can be played and for how long. 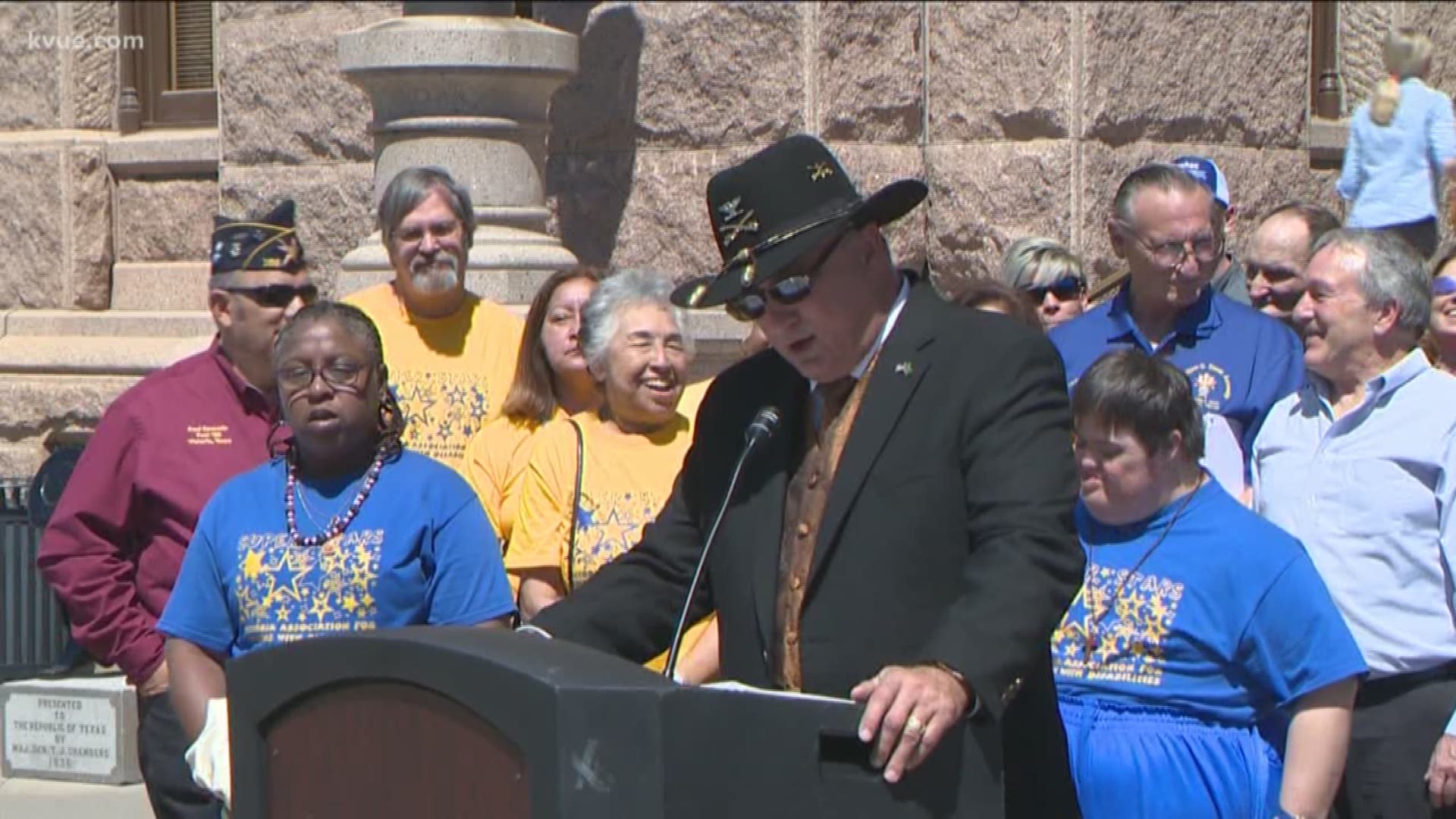 AUSTIN, Texas — A few dozen veterans traveled to the State Capitol Thursday to ask lawmakers to expand the rules on the type of bingo that can be played for charitable organizations and for how long.

They are asking lawmakers to pass House Bill 1186, which would allow carryover pull-tab bingo. Pull-tab bingo cards look similar to a lottery ticket but have a tab that can be pulled to reveal a prize. HB 1186 would also permit larger jackpots.

The veterans say they're facing more competition from casinos in neighboring states, the lottery and even illegal game rooms. So they want to be able to add pull-tab bingo to bring some excitement to bingo games and draw in more players.

The veterans and their supporters said they depend on people coming by the VFW and American Legion posts for a game to raise money. And that money allows them to carry out their mission of helping veterans.

The group also supports House Bill 882 and it's companion Senate Bill 567, which would allow charitable organizations to hold bingo games for six hours instead of four.

HB 1186 was left pending in committee. HB 882 and SB 567 have been assigned to committees but have not been scheduled for public hearings.

Austinites may soon be able to keep their cars weird too…