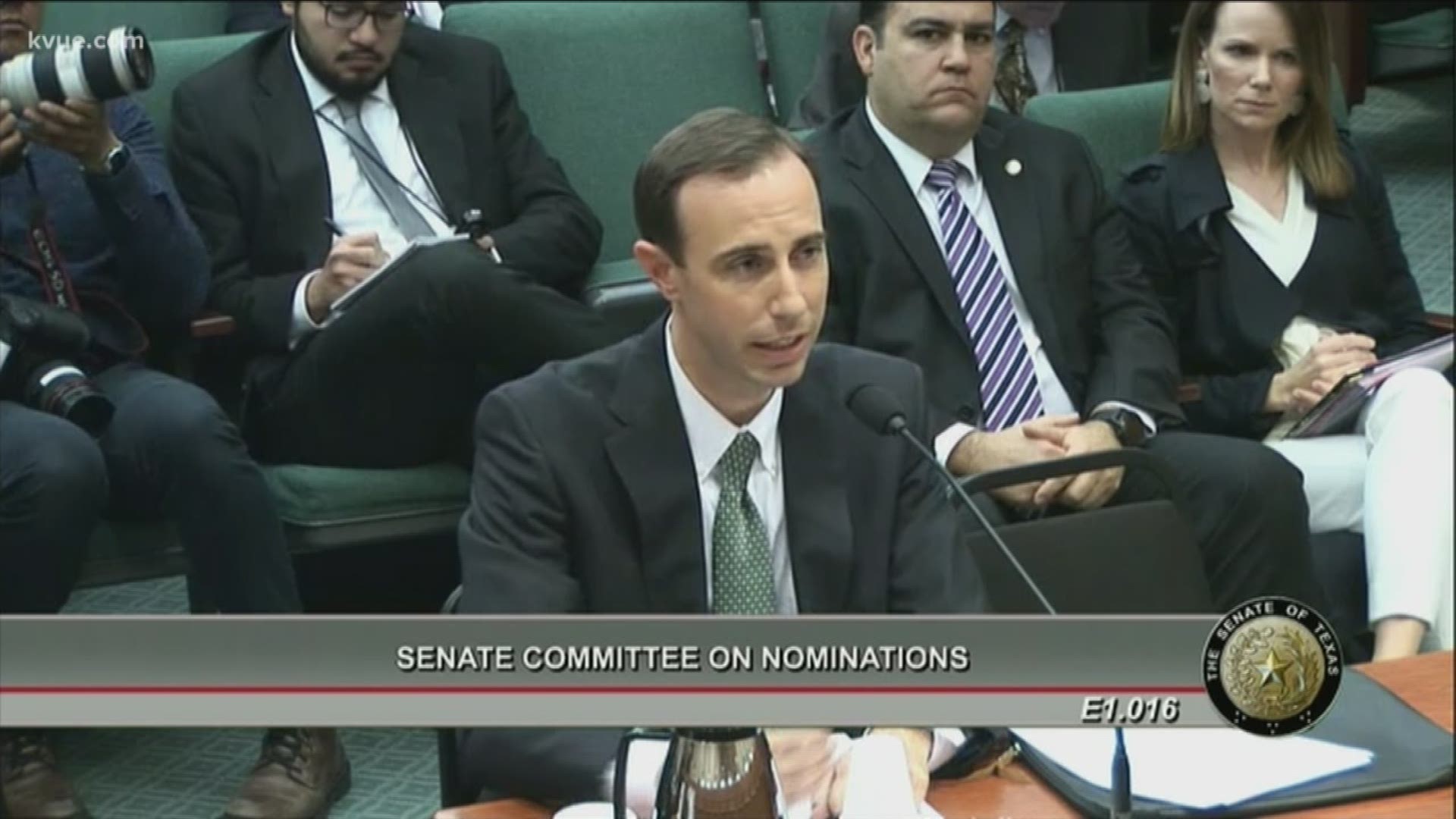 AUSTIN, Texas — On Jan. 25, a press release from the Texas Secretary of State David Whitley started a firestorm with one sentence.

"The Texas Secretary of State's office discovered that a total of approximately 95,000 individuals identified by DPS as non-U.S. citizens have a matching voter registration record in Texas, approximately 58,000 of whom have voted in one or more Texas elections."

On Feb. 7, Whitley had to publicly answer questions about that list before the Senate Committee on Nominations.

"We know for certain today that that list was wrong, don't we," asked State Senator Kirk Watson (D-Austin).

The committee is considering Whitley's nomination. In Texas, the Secretary of State is not elected by voters, but rather appointed by the governor. No matter when that appointment happens, the Senate cannot confirm the appointment until the legislature meets. So Whitley was sworn in back in December 2018, before the Legislature was in session. Now that they are in session, the Senate is tasked with approving the appointments.

The list he sent to counties across the state is in question because it turns out tens of thousands of the people on the list are citizens.

"I learned I have an intern who got the notification," said State Sen. John Whitmire (D-Houston).

The list was built using names from the Texas Department of Public Safety of people who said they were not citizens when they got a driver's license. But what the list failed to take into account is thousands of those people were later naturalized.

Whitley maintained he thought the data was correct and is limited in what he can do.

"The Secretary of State's Office has no investigative or prosecutorial authority," Whitley explained. "That's why it was important to me to get the data into the hands of the counties that do have that investigative authority."

But many Senators think he fell short.

"Why then was it immediately necessary to refer it to a law enforcement agency," Watson asked.

"I have a voter registration card and a driver's license. Could my name get on that list," questioned State Senator Kel Seliger (R-Amarillo).

The Senators questioned his motives, involvement in crafting the press release with Attorney General Ken Paxton, who later released a "voter fraud alert," and voter suppression.

"How do you define it," State Senator Royce West (D-Dallas) asked.

"I think it's irrelevant," Whitley responded.

"You're the Secretary of State, sir. And it's relevant to me if I'm going to vote for your confirmation. How do you define voter suppression? Easy question," West pressed.

"I think, I think it's relevant to, to accurately define any term that pertains to elections," Whitley replied.

When asked by the senators, Whitley also could not answer how many people are on the list who shouldn't be.

He fielded questions for two hours and was not willing to talk with KVUE News when he was finished.

As for his confirmation, the committee is expected to vote on Feb.14 whether to send his nomination to the full Senate.