After an hours-long debate, the Texas Senate voted to pass an amended version of the House school finance reform bill. 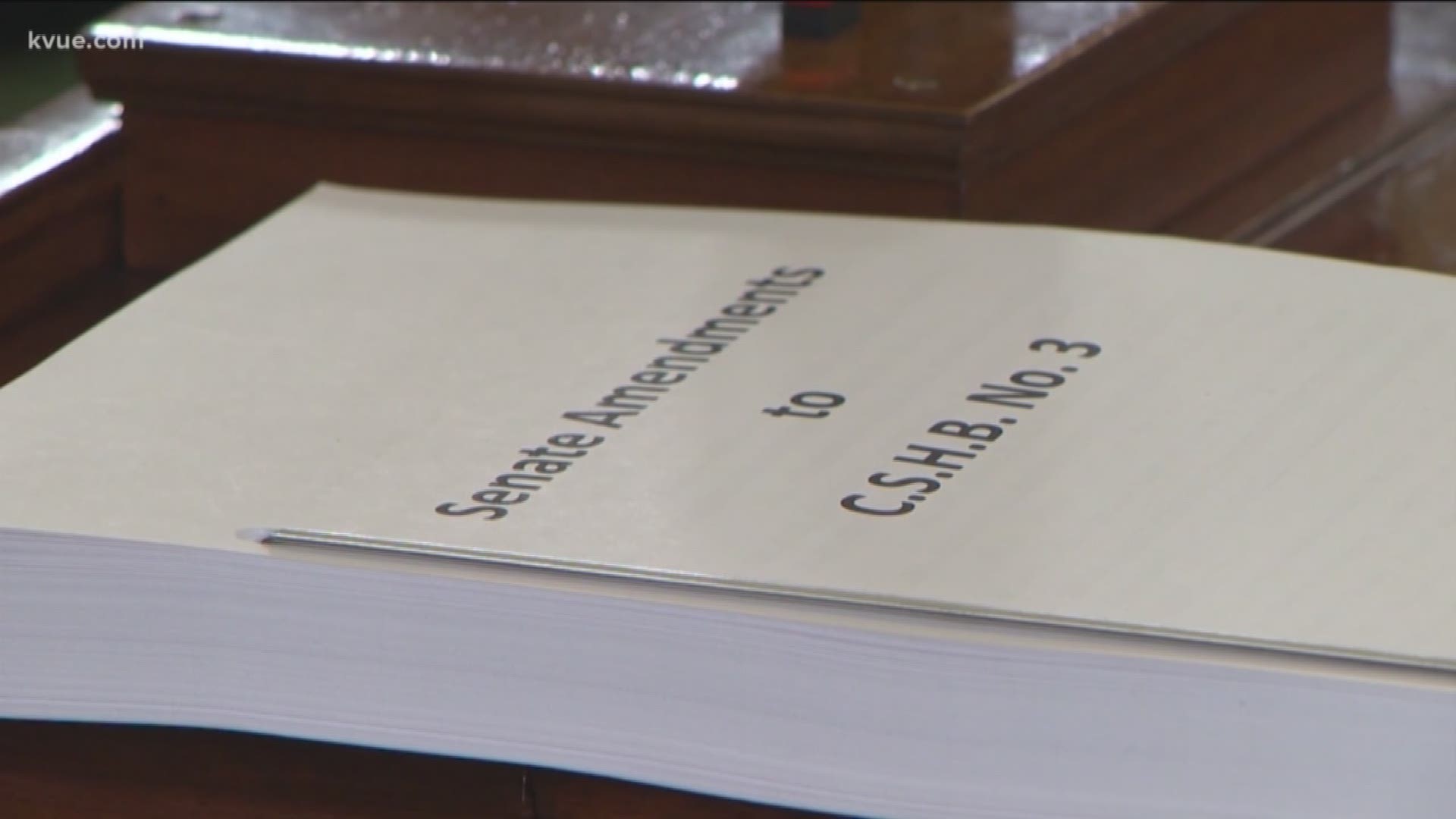 AUSTIN, Texas — After an hours-long debate and wading through dozens of amendments, the Texas Senate approved its version of the House school finance reform bill, House Bill 3.

The version of the bill voted out of the Senate Committee on Education last week came with a $15 billion price tag and was contingent on the passage of a tax swap backed by the governor, lieutenant governor and speaker of the House to increase the sales tax by one cent to buy down property taxes.

But early in the debate, that language was removed from the bill. The price tag reduced the $9 billion the House allocated and Austin Senator Kirk Watson put forth an amendment to create a new fund, the Tax Reduction and Excellence in Education Fund. Money from three streams, including online sales tax, would go into the fund and that money would be used to reduce property taxes. Watson told lawmakers that is expected to generate $2.3 billion a year without raising taxes.

Senator Larry Taylor (R-Friendswood), who chairs the Senate Committee on Education and carried the bill, told lawmakers there are some things in the amended version of the bill that not everyone will like, but he urged his colleagues to pass it.

"We can no longer allow excuses or lowered expectations to prevail in education. It is time for us to step up," said Taylor. "We must be willing to confront the challenges that face our state and our students."

Taylor noted the bill isn't finished yet, hinting there will be negotiations with the House on the differences in their versions of the bill. Some of those differences include a $5,000 raise for teachers that the Senate added in along with merit-based pay. Members of the House have opposed both of those measures, saying they prefer to put more money into the basic allotment, which is how much it costs to educate east student, and that test scores shouldn't determine raises.

The bill now heads back to the House, where members are expected to ask for a conference committee to be appointed.

"I congratulate Sen. Taylor and the Texas Senate on the passage of this monumental and historic education reform bill. House Bill 3 will transform our public schools with cutting edge strategies that ensure that all our students can achieve their dreams and compete in the global marketplace. It will provide every teacher in Texas with a $5,000 across-the-board pay raise and it will rein in crippling property taxes and provide a sustainable framework for school finance.

Sen. Taylor’s leadership on this important legislation over the past year and his diligent commitment to the work of the school finance commission is a great contribution to the future of Texas and the future of our children. The passage of this landmark legislation is one of the proudest moments I have ever experienced in the Senate Chamber."