The Texas Senate Committee on Nominations voted to send Secretary of State David Whitley's nomination to the full Senate for confirmation. 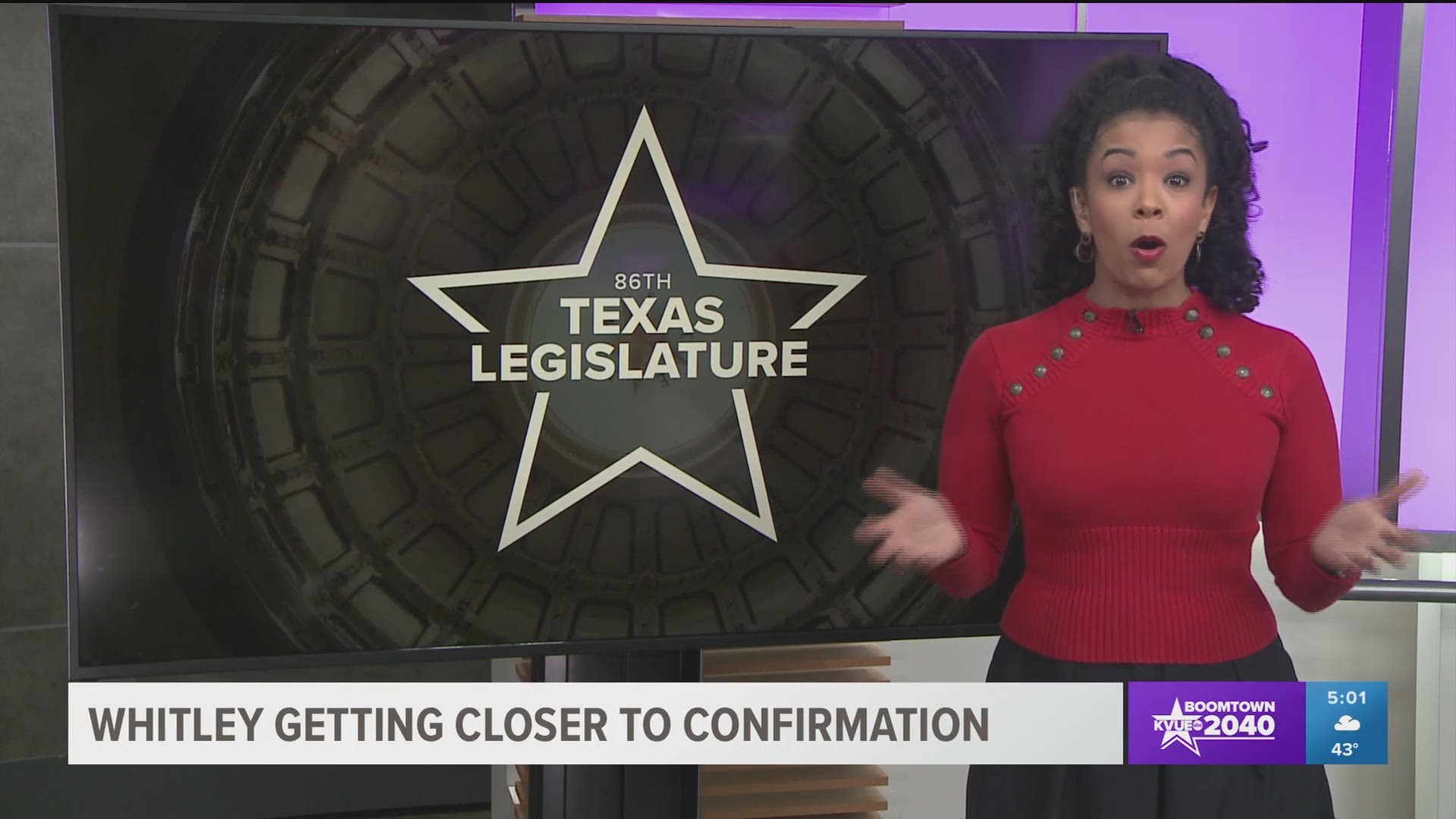 AUSTIN, Texas — Texas Secretary of State David Whitley is one step closer to being confirmed.

Thursday morning, the Senate Committee on Nominations voted on party lines, 4 to 3, to send Sec. Whitley's nomination to the full Senate for a vote.

Sec. Whitley's confirmation had been pending in the committee for three weeks as the state's chief election officer faced criticism and three lawsuits over a list questioning the citizenship status of nearly 100,000 registered voters — thousands of whom are in fact citizens.

Prior to the committee vote, Austin Senator Kirk Watson expressed his disapproval of the governor's pick.

"His most important job is to protect the citizens' right to vote. And it was just yesterday, just yesterday, one day ago, a federal court made clear that the nominee before us today failed in that job," Sen. Watson said. "Whether intentionally or not."

Wednesday, a federal judge ordered voters not be purged from the rolls over the list, adding the results of the list exemplify "the power of government to strike fear and anxiety and intimidate the least powerful among us."

As Sec. Whitley's nomination moves to the full Senate for a vote, all of the Senate Democrats have said they will not vote to confirm Sec. Whitley.

But Governor Greg Abbott is hoping to sway some of them. In an interview on The Chad Hasty Show for radio station KFYO, Gov. Abbott said the Democrats will see Sec. Whitley is not entirely to blame.

Sec. Whitley will need some Democratic support to be confirmed.

By law, Sec. Whitley needs a two-thirds majority vote of the Senate to be confirmed, which is 21 votes. The Senate is made up of 19 Republicans and 12 democrats. So, it will take all of the Republicans plus two Democrats to approve Whitley.

Of course, that's only the case if every senator is present at the time the vote is called. If two Democrats are absent, the numbers change and it would take fewer votes to approve him.

The Senate could vote to confirm Sec. Whitley as soon as Friday.