The Texas House unanimously voted to increase the penalty from a class A misdemeanor to a third-degree felony on Monday. 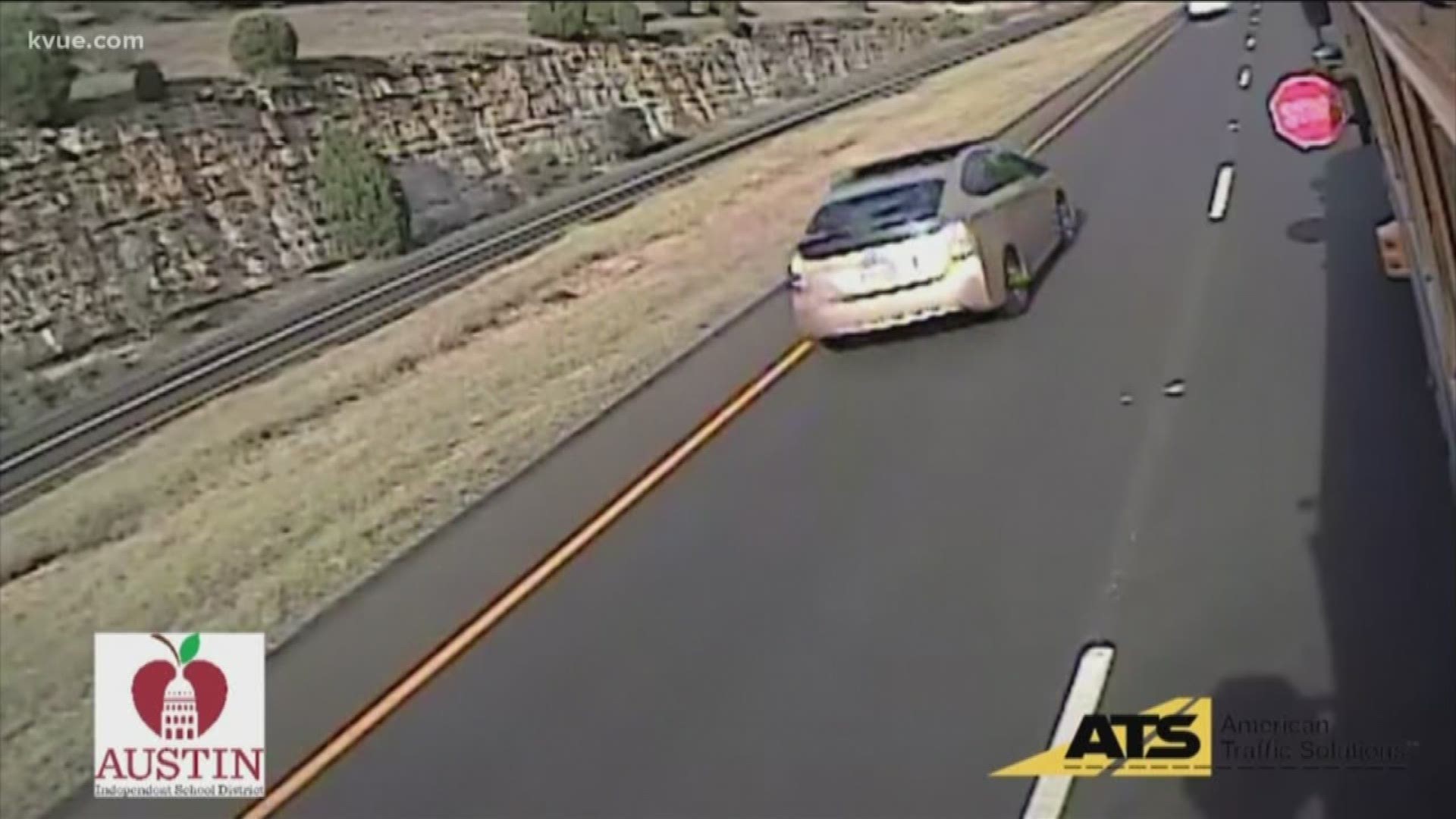 AUSTIN, Texas — Texas lawmakers are looking to increase the penalty for drivers who pass by stopped school buses.

The Texas House unanimously voted to increase the penalty from a class A misdemeanor to a third-degree felony on Monday. The reason behind it is to hopefully save a child's life and urge drivers to be more careful when passing school buses.

Video from a few years ago shows drivers just passing by an Austin ISD school bus that is clearly stopped.

Tom Oliverson, one of the representatives behind House Bill 4070 told our partners at the Austin-American Statesman that he approached this from a parent's perspective. He told them drivers have hit more than 85,000 children in the U.S. after crossing a school bus stop sign and that's way too many.

With this third-degree felony, this could now lead to two to 10 years in prison. If drivers pass without hitting someone, it's still a $500 to $1200 fine.

The Texas House is set to make its final vote on the issue Tuesday, then it'll go to the Senate.