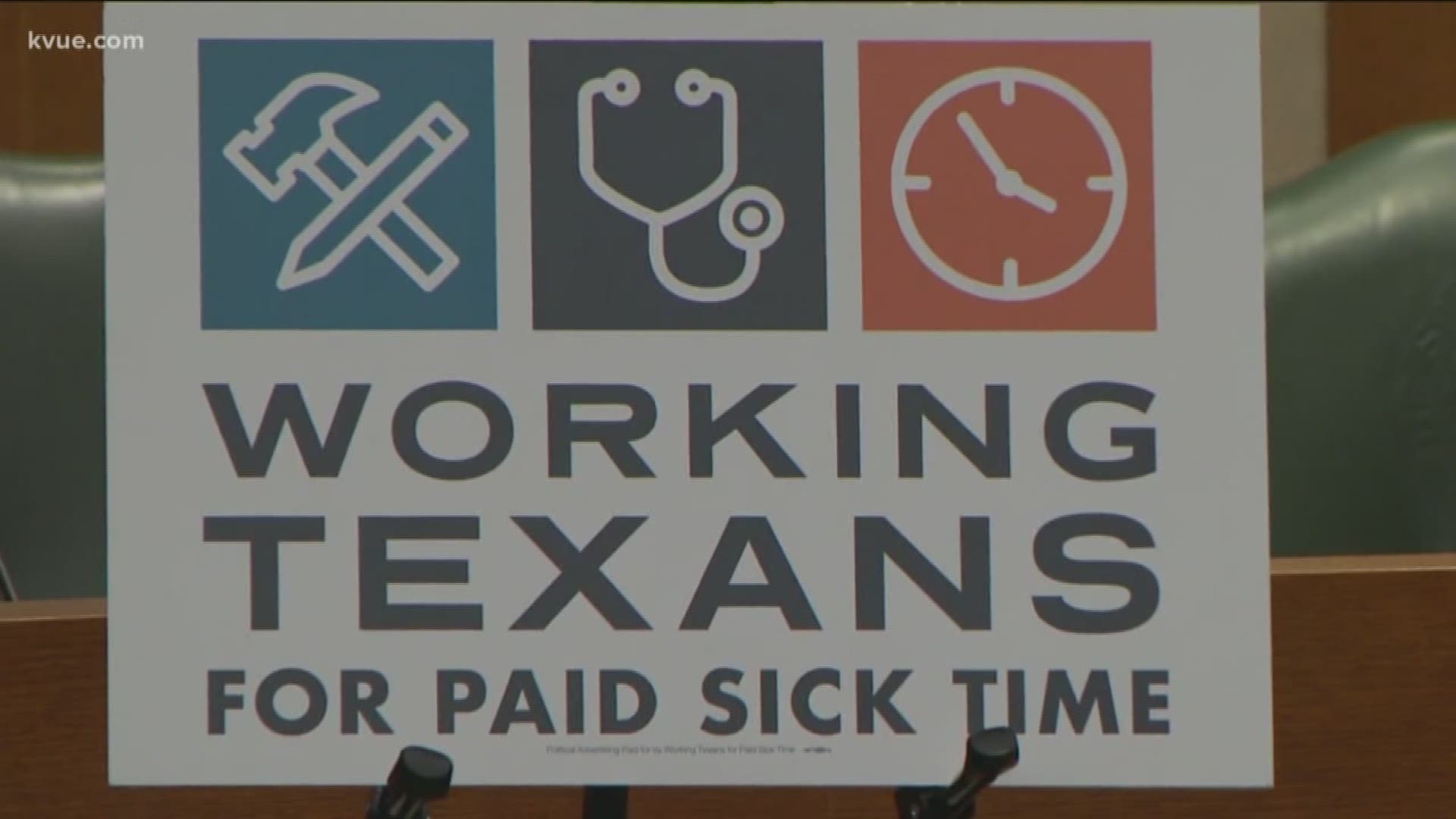 AUSTIN, Texas — Each legislative session, it seems there is an issue or two that pits the City of Austin against the Capitol.

Last session, it was rules for transportation network companies, like Uber and Lyft, and tree ordinances.

This session, it seems to be Austin's paid sick leave ordinance.

Last February, Austin became the first city in Texas to pass an ordinance requiring companies allow employees to earn paid sick leave. Austin's policy called for one hour of paid time off for every 30 hours worked up to 64 hours or eight days a year.

But the city was sued, and a judge ruled the city's policy was unconstitutional. Efforts by the city to appeal the ruling failed, and the policy was never enacted.

Now that the legislature is back in session, lawmakers are wasting no time sending a message to Austin.

"When a government entity overreaches or has egregious policies then somebody's gotta take up for the little guy, if you will, citizens," State Senator Donna Campbell (R-New Braunfels) said. "And that's what brought this on. I feel like they overstepped their bounds."

"Government needs to do what governments supposed to do: infrastructure, our roads and water. And they need to let small businesses do what they do best which is create jobs," Sen. Campbell said.

Still, there is a push for paid sick leave policies. At the Capitol Thursday, organizations and business leaders held a legislative briefing to speak in favor of paid sick leave, noting it's not only good for workers, but also public health.

"There's a perception of doom and gloom around this from a business perspective. I'm here to say that we're a small locally owned and operated business, we've utilized this model of operating for some time and it's successful," Ryan Garrett, General Manager of Stubb's Barbeque in Austin, said.

The restaurant and concert venue has offered paid sick leave to employees for two decades.

"A common thing that transpires when you extend that type of benefit is longevity of employment. What that does is it saves money for the business in training and staff turn over and those types of elements," Garrett said. "Coupled with that is the public health issue."

So far, no bills have been filed that would allow cities and counties to enact paid sick leave ordinances.