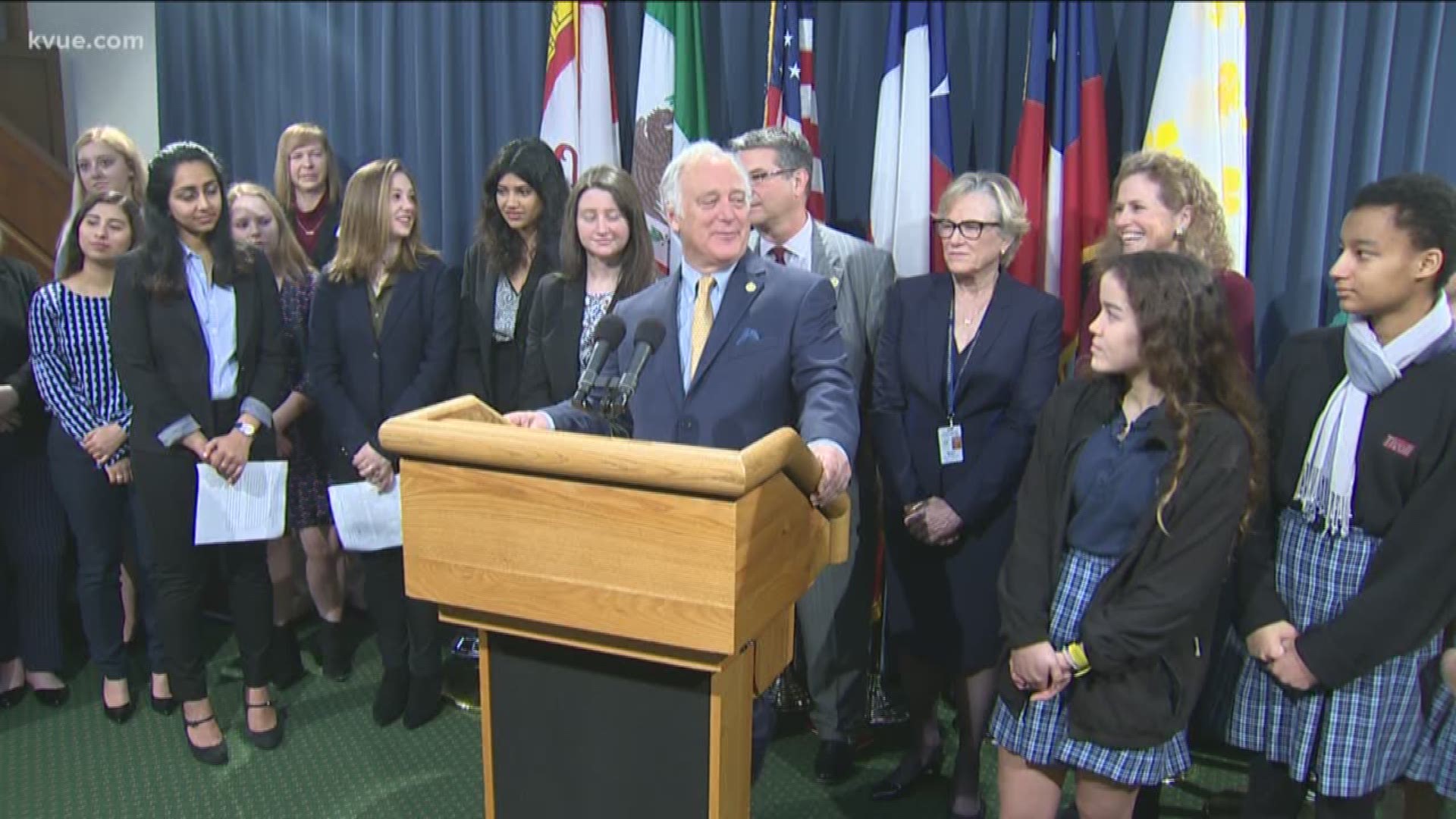 "Senator Watson's SB 585 sets up protocols for schools to follow that are survivor-centered and ensure survivors are treated appropriately," one advocate said at a Monday press conference. "This bill is a step in the right direction to give survivors their voices back and I thank Senator Watson for filing it."

Sen. Watson said in a press release that sexual assault survivors and their advocates have done a tremendous job raising awareness about the issue, particularly over the last two years.

“Their courage and hard work has given the Texas Legislature a unique opportunity to pass some much-needed reforms this session,” Watson said.