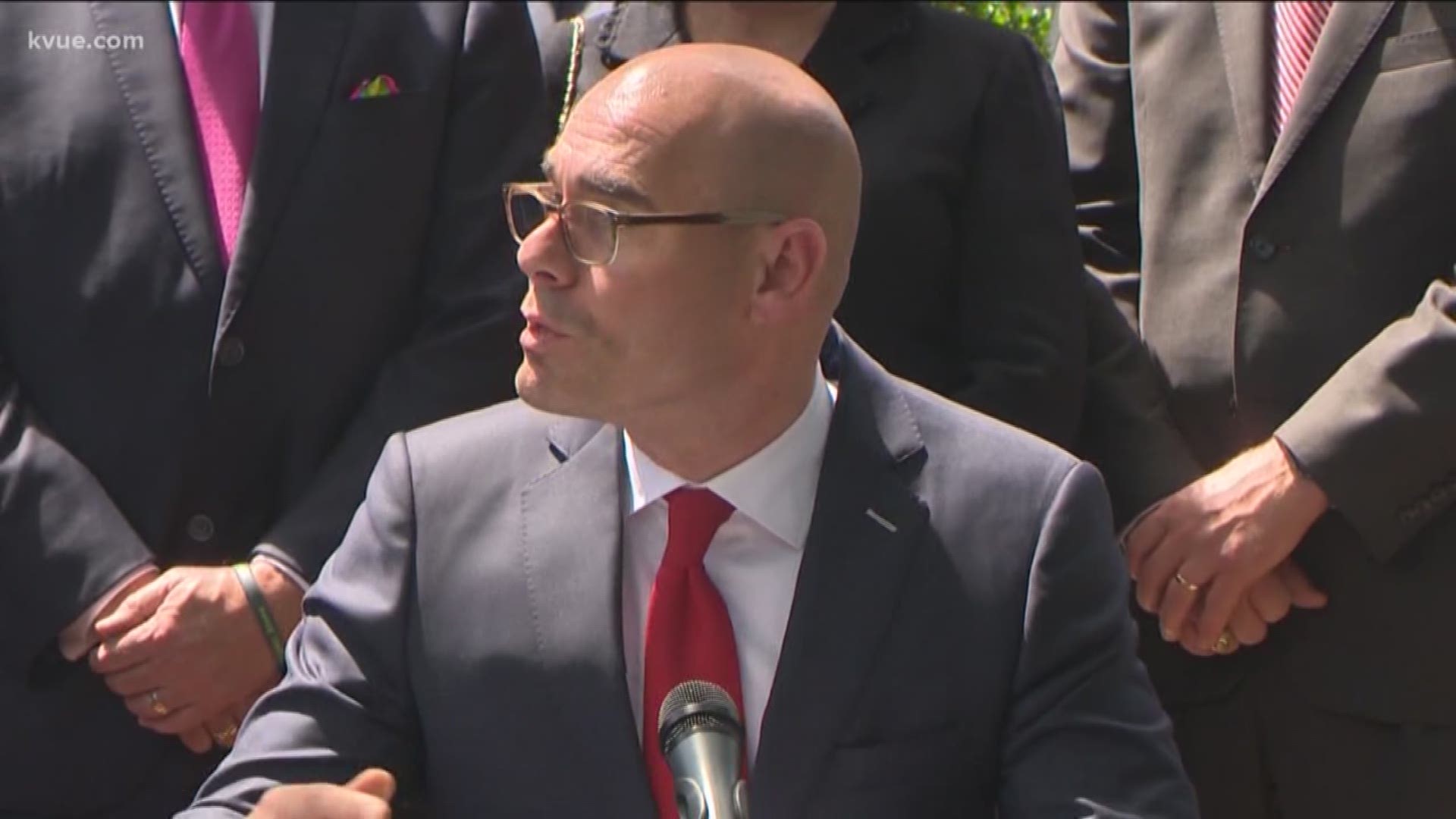 AUSTIN, Texas — Top Republicans in the Texas House are denouncing their support for Speaker of the Texas House of Representatives Dennis Bonnen, and now the speaker has announced he will not seek re-election.

This comes after a conservative activist released a secret recording of him last week.

On Oct. 21, five fellow Republicans released a joint statement and suggest Bonnen leaving isn't an option. They said with what's been released a “leadership change is necessary.”

Texas State Representatives John Frullo, Dan Huberty, Lyle Larson, Chris Paddie and Four Price said they listened to the secret recording of Bonnen in a meeting that took place back in June. They said the conversation broke trust and damaged the reputation of the House.

In the recording, Bonnen can be heard offering Michael Quinn Sullivan, the CEO of a political group, media credentials with access to the house floor, in exchange for him targeting moderate Republican House members in the 2020 GOP primary.

“Let's go after these republicans,” Bonnen said in the recording. “So that, and I'm not kidding, when it comes to 2020 if we're successful and we gain maybe one or two or three Republican seats, we beat some of these liberal pieces of s---, took people out, and we maybe flip a couple of these primaries, better Rs, kick my a-- if we're not doing a better job.”

Although Bonnen said Oct. 22 he will not seek re-election, things would only change if the speaker decides to step down after this backlash. If not, he will likely keep his role as speaker.

"As long-serving members of the Texas House, we informed Speaker Bonnen earlier today that we no longer support him as our Speaker. Last week, we had the opportunity to listen to the secretly recorded meeting between Speaker Bonnen, Representative Burrows and Michael Quinn Sullivan that took place on June 12, 2019. We also had the opportunity last Friday to meet as a House Republican Caucus for the first time since the audio file was made available to thoroughly discuss the situation with other members and hear directly from Speaker Bonnen. It is clear that trust and confidence in the Speaker has significantly eroded among our membership, and the matter has both damaged the reputation of the House and relationships among individual members. The House Republican Caucus issued an official statement condemning the conduct of Speaker Bonnen and Representative Burrows that we helped draft and fully support; however, we individually and collectively want to further express our belief that a leadership change is necessary.

We intend to build on those successes, and others, as we prepare for the upcoming 87th legislature. However, we believe that without a change in House leadership, the existing damage will continue to metastasize, and our efforts will be overshadowed and become increasingly difficult. This issue is larger than any one individual, office, meeting or statement. Speaker Bonnen is our colleague and our friend; but we believe an expedient, deliberate and well-planned transition is needed for the House and best for Texas."