School finance reform and property tax relief are two of the biggest issues the House is focusing on in this budget. 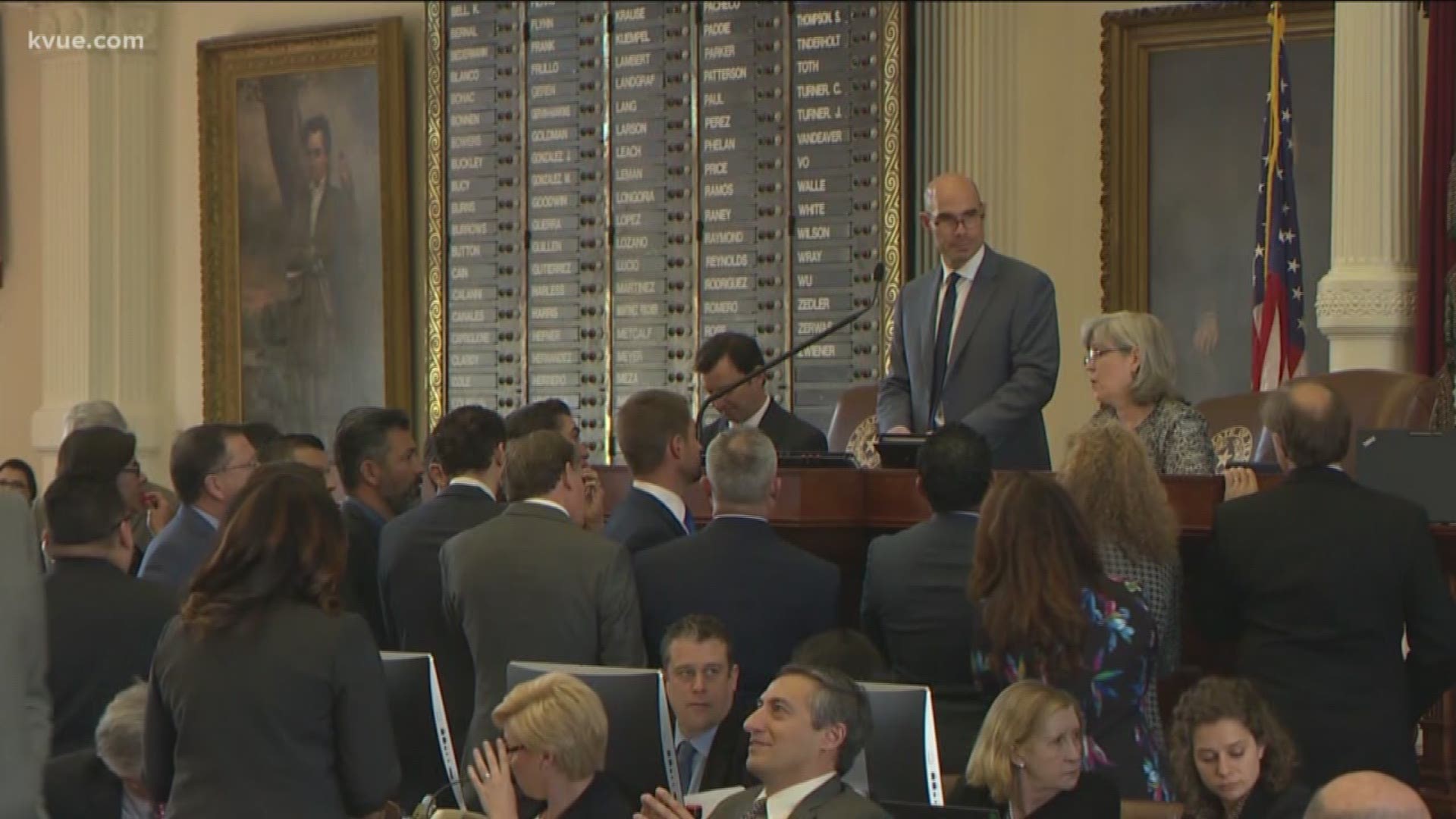 AUSTIN, Texas — The Texas House of Representatives met Wednesday to discuss more than 200 amendments to its $250 billion budget proposal.

School finance reform and property tax relief are two of the biggest issues the House is focusing on in this budget. It would include an extra $9 billion for public schools compared to the last state budget.

However, at Wednesday's hearing, lawmakers focused on making smaller changes to the state budget proposal, like funding to provide wigs for women getting cancer treatment and funding to renovate the state's aging dams.

Most of the amendments heard on Wednesday, however, were moved into Article 11, or what the House considers its "wish list." That means they will consider at a future hearing if there's any funding available for those amendments. Others were withdrawn before they even made it to the floor.

Perhaps one of the most heated topics at Wednesday's hearing was an amendment introduced by Rep. Jeff Leach (R-Plano).

His amendment would use at least $15 million from the "Texas Moving Image Industry Incentive Program" to fund a Medicaid benefit extension for new mothers from two months to a full year. The amendment would also provide funding to the state's "Healthy Texas Women Program."

Rep. Leach was met by backlash from other lawmakers, who argued this amendment would harm the state's film industry.

"I hate watching TV and seeing that the State of Georgia is supporting the movie industry, and almost all of the new programs are being filmed in Georgia and Canada," Rep. Garnet Coleman (D-Houston) said.

"I believe we could be spending our taxpayer funds better for programs for women that need more funding," Rep. Leach said.

Rep. Coleman filed an amendment to Rep. Leach's amendment shortly after their heated discussion, which would have instead used funding from the "Medicaid Matching Fund," not the Texas Film Commission, to pay for the Medicaid extension for new mothers. However, the amendment failed to pass.

Rep. Leach said his amendment, which passed, would use only $15 million from a $365 million fund.

Other discussions later on included property tax relief for schools, pay increase for teachers and severance payments for superintendents.

The House is expected to deliberate on the long list of amendments through the night. As of 10 p.m., lawmakers were still debating in the chamber.

Both the Texas House and Senate must agree on the state budget before the end of the legislative session, which is May 27.

Texas Senate approves bill providing $6B to cover Harvey, Medicaid and other needs

Red lights cameras in Austin may soon be no more