The representative from Round Rock also announced publicly for the first time that he has Type 1 diabetes. 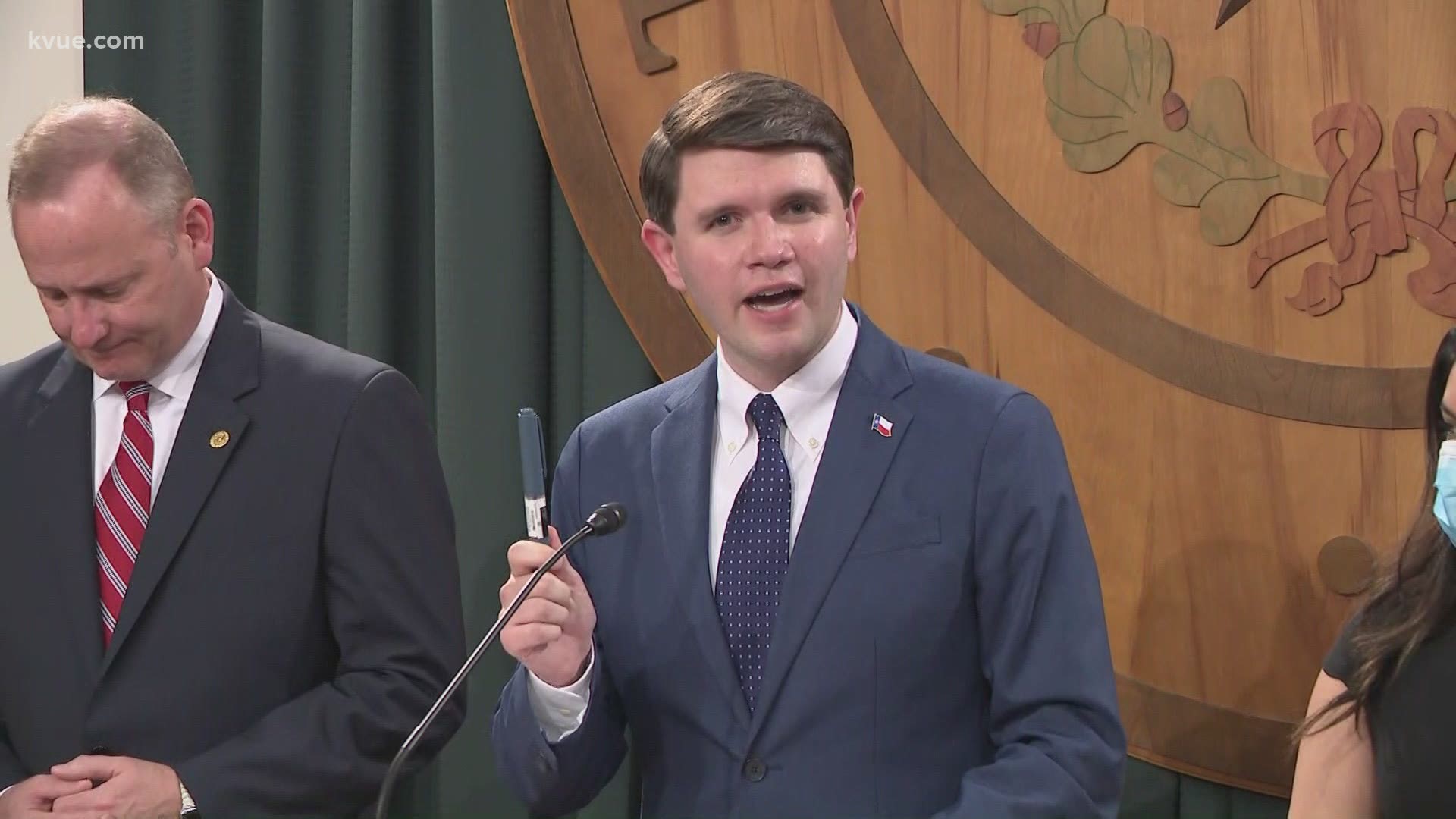 In the press conference, he also announced for the first time publicly he has Type 1 diabetes.

"Three years ago, I almost slipped into a coma and died," he tweeted. "I was diagnosed with Type 1 diabetes. I paid $684 for my first 30-day supply of insulin. Some pay $1,000+ a month. Many die without it. Today I introduced legislation to cap the price of insulin at $50 a month."

In May 2018 when he was running for his seat in the Texas House at age 28, Talarico chose to walk the entire length of his district (about 25 miles) and held town halls along the way.

3 years ago I almost slipped into a coma and died. I was diagnosed with type 1 diabetes.

Today I introduced legislation to cap the price of insulin at $50 a month. #txlege pic.twitter.com/NEVrozVJwf

"I hike Big Bend every year, so I wasn’t concerned about a 25-mile walk," he said. "But halfway through the walk, I began feeling nauseous and fatigued. Before the town hall in Hutto, I vomited in the bathroom."

An article from the Austin American-Statesman at the time quotes him as telling the crowd that "I am going to sit down because I am a little tired."

"I figured I was severely dehydrated," he said. "So I changed shirts, drank some water and continued the walk. I threw up four more times over the last 12 miles, but somehow I finished. When I watch this video of the walk, I don't know how I did it."

After the walk, he said he slept for 36 hours. His parents then rushed him to the hospital, where nurses checked his blood sugar. He said that while a normal blood glucose level is below 100, his was at 900. He was immediately diagnosed with diabetes.

"Unlike Type 2 diabetes, Type 1 is an autoimmune disease," said Talarico. "While the cause is unknown, genetics are believed to play a role. All I know is my pancreas abruptly stopped working. I was in diabetic ketoacidosis (DKA), a fatal condition that ends in coma and death without insulin."

After five days in the ICU, he said he has fully recovered.

"Now I have a glucose monitor on my arm and take shots of insulin every day," he said. "As long as I take care of myself, I’ll live a long life."

Although he had health insurance, the representative said he had to pay $684 for his first 30-day supply of insulin – a medicine he said he needed to survive.

"In the last 20 years, the price of insulin has skyrocketed 1,200% while manufacturing costs have remained relatively constant," said Talarico. "It costs companies less than $10 per vial to produce insulin."

He says there are three reasons for this increase:

"Putting profits over people has deadly consequences," said Talarico. "Texans with diabetes use GoFundMe pages or the black market to get insulin. And in the richest country in the world, one in four diabetics risk their lives by rationing their insulin."

If this legislation passes, Texas would become the 16th and largest state to place a cap on the price of insulin, the representative said.

"Insulin should be free, because insulin is a human right," he added.

A similar bill, Senate Bill 827, has also been introduced in the Texas Senate.