Looking back on Texas gun laws passed in recent years

Texas has a long history of leaning toward more gun-friendly legislation. 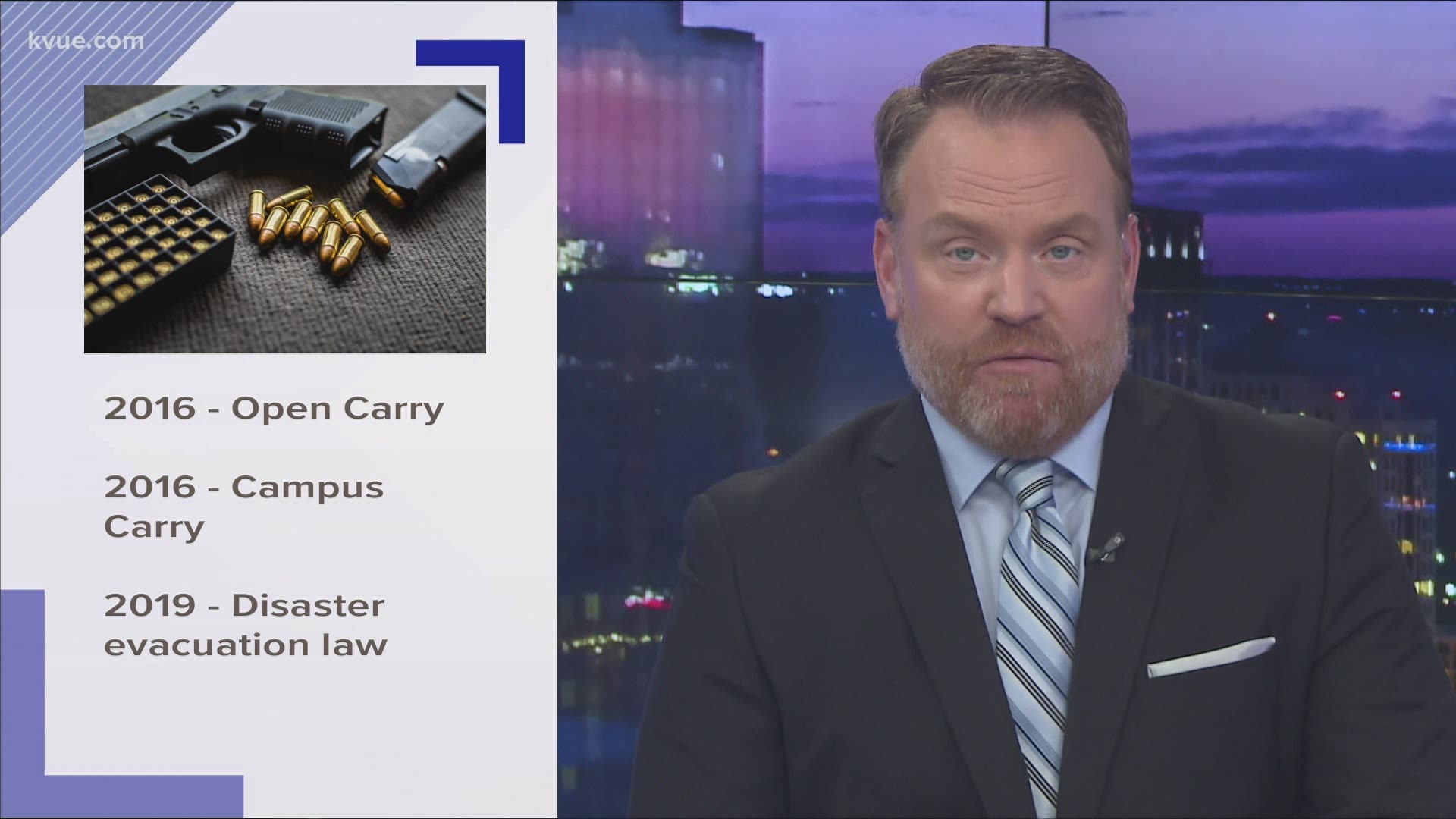 AUSTIN, Texas — State Sen. Sarah Eckhardt has proposed Senate Bill 311, which would make it illegal to display a firearm within 500 feet of a public demonstration.

While political experts say it's unlikely the bill will make it very far during this tight legislative session, it's also a much different gun law than Texas lawmakers usually pass. Texas has a long history of leaning toward more gun-friendly legislation.

In January 2016, the state's "open carry" law – House Bill 910 – went into effect. That law allows licensed firearm owners to carry their guns in plain view, as long as they are in a shoulder or belt holster. However, guns are still not allowed in certain places.

RELATED: Guns still allowed at the Texas Capitol, despite calls from lawmakers to ban them

In August 2016, the controversial "campus carry" law – Senate Bill 11 – went into effect. It allows licensed gun owners to carry a concealed handgun throughout university campuses. Public universities have some discretion to regulate campus carry under the law, and it does not allow open carry on campuses.

And House Bill 1177 was passed by the Texas Legislature in 2019 and signed into law by the governor. That law says that handgun restrictions don't apply to a person who carries a handgun while evacuating or re-entering an area following a state or natural disaster declaration. The restrictions do still apply to any person who is prohibited from possessing a firearm by state or federal law.

On Tuesday, Rep. Vikki Goodwin (District 47) announced she filed a similar bill, HB 791, in the Texas House of Representatives.

“I believe strongly in the First Amendment rights of citizens to exercise their freedom of speech and to petition their government,” said Rep. Goodwin. “But the US Constitution states clearly that the people have the right to assemble ‘peaceably.’ If the threat of protesters carrying guns can shut down the Texas State Capitol for nearly a week, then we need to do more to ensure that such demonstrations remain nonviolent.”