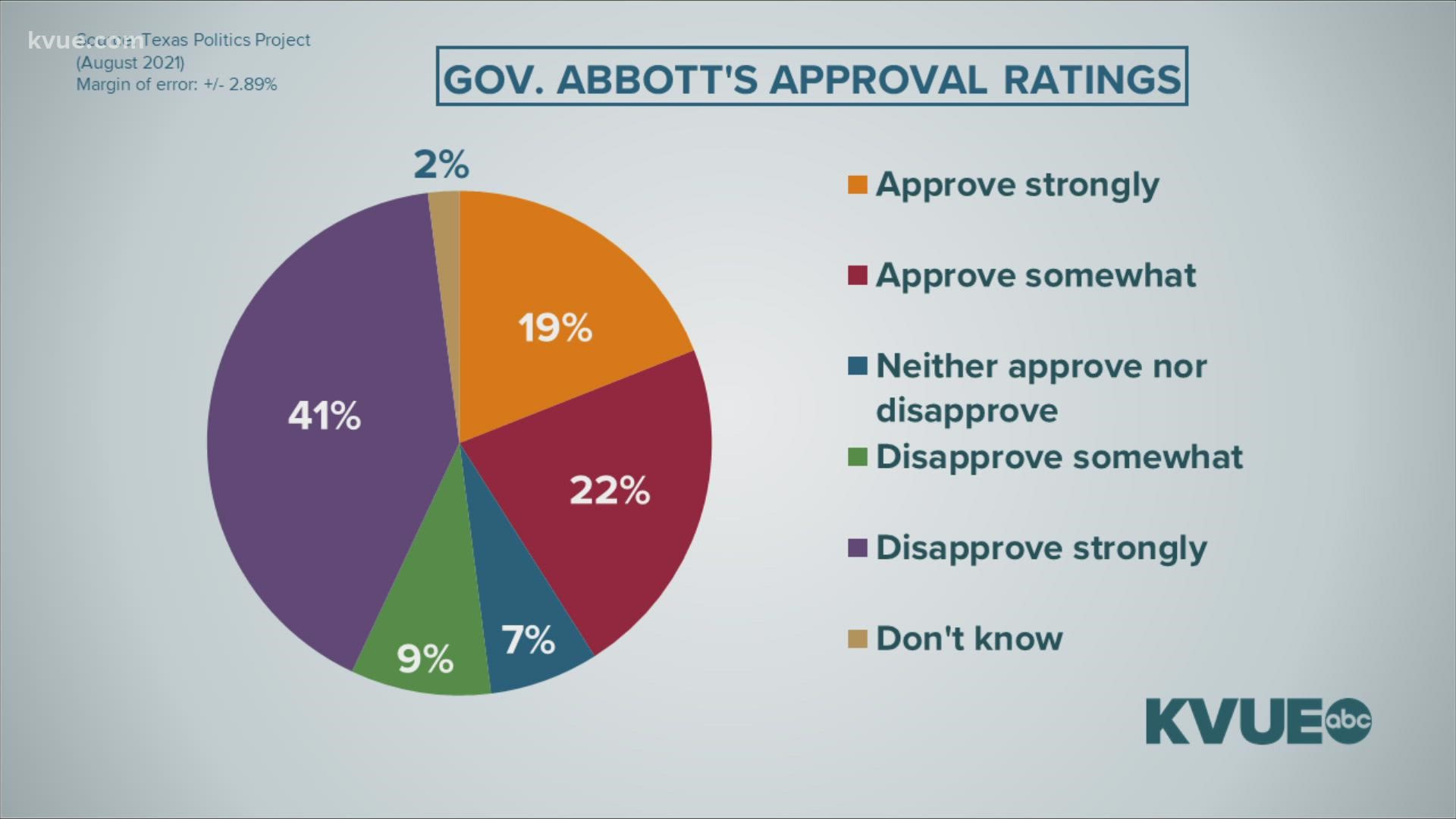 AUSTIN, Texas — Texas Gov. Greg Abbott’s approval ratings have fallen to an all-time low. According to a Texas Politics Project poll, 41% of respondents either “strongly” or "somewhat" approve of his time in office.

Forty-one percent of respondents “disapprove strongly” of Abbott. In total, 50% disapproved of Abbott either “somewhat” or “strongly.” The remaining respondents didn’t know or didn’t approve or disapprove.

Of the Democrats surveyed, 6% strongly approved of Abbott’s time in the governor’s office in some capacity. Of the Republicans, 79% approved. Eighty-three percent of Democrats “disapprove strongly.”

The Texas Politics Project also surveyed participants on Abbott’s response to the coronavirus pandemic in Texas. Of those who responded, 53% disapproved in some capacity. Only 39% approved.

The poll was released as the Texas Legislature wrapped up its second special session. Several bills are headed to Abbott’s desk and are expected to be signed.

Chair of the Texas Democratic Party Gilberto Hinojosa said in a statement the poll results proved that “Abbott is not good for Texas”.