Texas farmers are one step closer to growing hemp, but there's still a long way to go 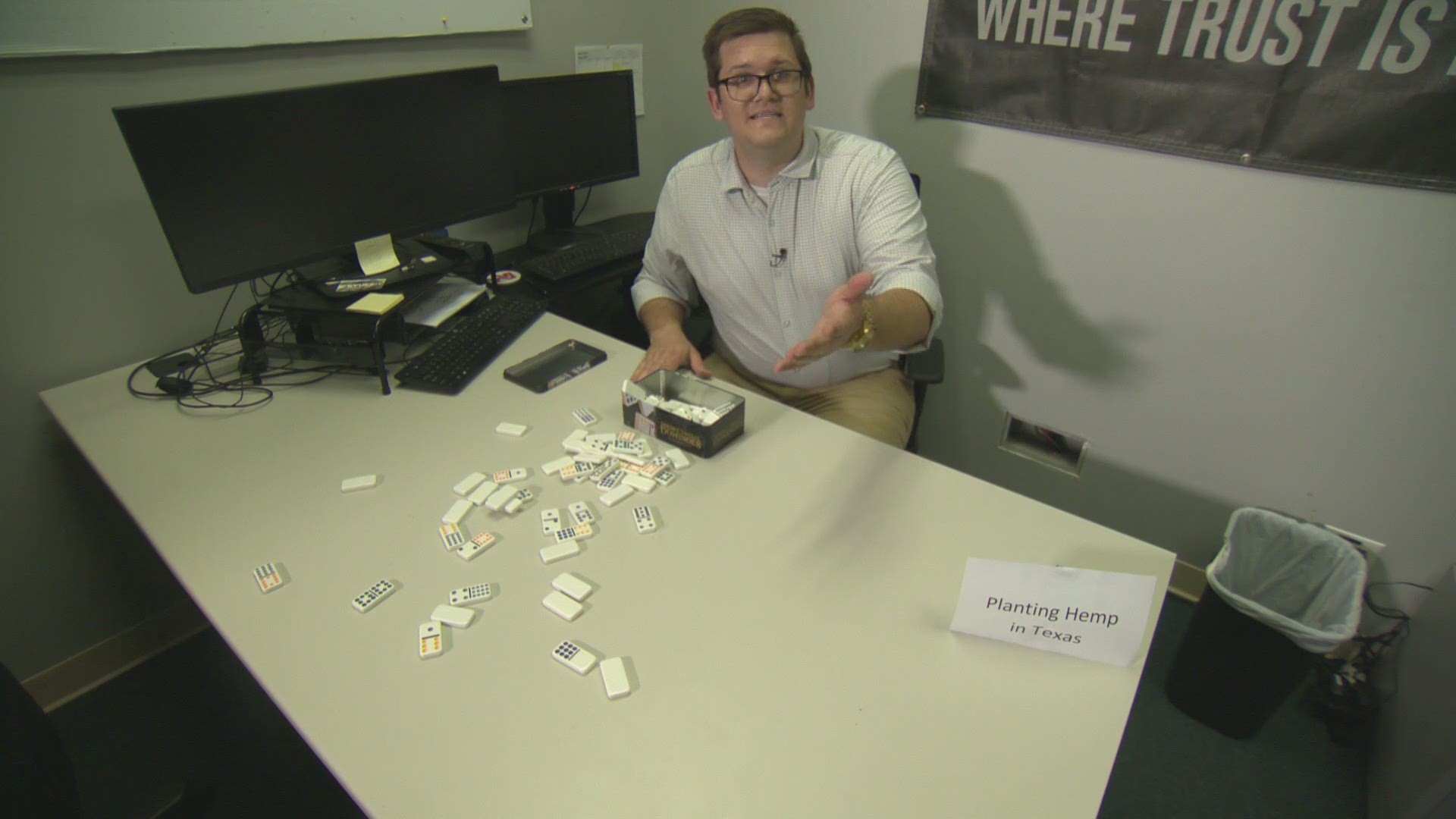 AUSTIN, Texas — Texas is one step closer to allowing farmers to cultivate hemp after a bill to legalize the crop passed the state Senate on Wednesday.

Products made from hemp are legal to sell and consume in Texas, but farmers are prohibited from growing the plant. Hemp growing was legalized at the federal level in December 2018.

HB 1325, authored by Rep. Tracy King, has faced little opposition. It will allow farmers to pay a fee for a growing license and pay for testing and inspections as part of a regulatory framework. Local law enforcement would have access to growing premises.

The so-called "Hemp Farming Act" also establishes a program to identify and certify hemp seed and encourage institutions to research the plant.

After that bill is signed by the governor, there are still a few things that need to happen before the seeds are planted. The federal government needs to pass regulations as well.

"What we will be looking at is we then have to start working on what's called a plan," Assistant Commissioner Dan Hunter said.  "We have to work on what the rules would be, we've been given some guidelines from the legislature but more importantly we'll be given guidelines from the federal government."

Then there will be a back and forth between the state's department of agriculture and the federal one.

"This could be a billion dollar industry, easy for our state," Commissioner Sid Miller said. "Not only do I want the farmers, my farmers to have this option. But I'm just as much interested in attracting the manufactures and the processors and all the consumery jobs that come with it."

After all of that then the farmers can start planting. At best it will be the 2020 farm season.

Products made from hemp will be subject to new labeling, meaning only products from other states with similar requirements will be allowed to be sold in Texas.

Saturday storms could be strong or severe