If the bill becomes law, it would include a civics test in the graduation requirements for public high school students, eliminating the U.S. history end-of-course assessment instrument. 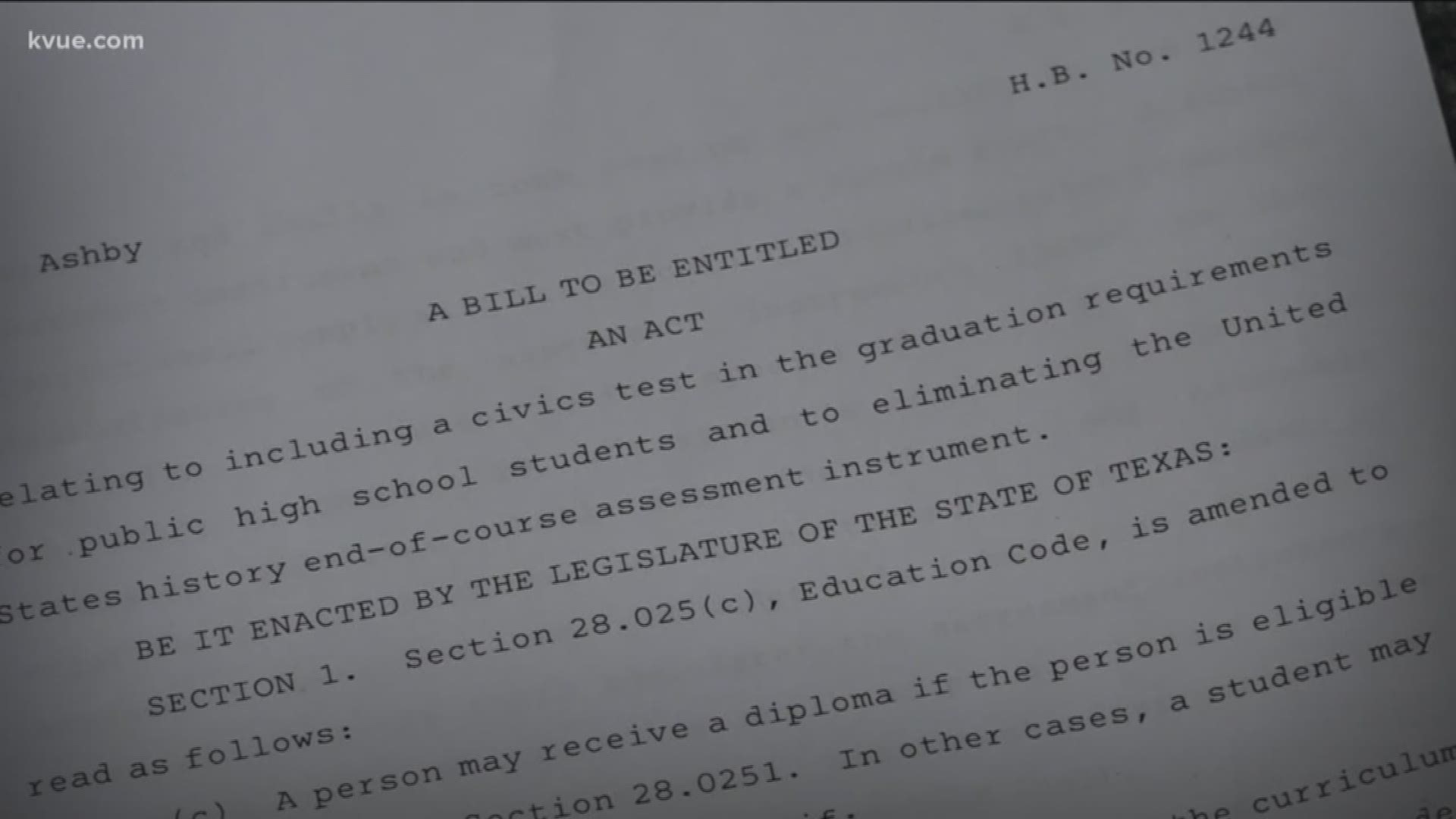 If the bill becomes law, it would including a civics test in the graduation requirements for public high school students, eliminating the United States history end-of-course assessment instrument.

Students would be tested on how the American government works and the responsibilities of citizenship.

"Oh, this is hard," said Teresa Pisano, who took questions from the quiz herself at the footsteps of the Texas State Capitol.

The civics test would consist of all of the questions on the test administered by the United States Citizenship and Immigration Services [USCIS] as part of the naturalization process.

There are 100 civics questions on the USCIS naturalization test.

During the naturalization interview, applicants are asked up to 10 questions from the list of 100 questions in English.

HB 1244 would require students to make at least a 70 or higher in order to pass the exam, and each question should be administered in a multiple-choice format.

"I don't know if it should be a prerequisite to graduate," said Eric Glenn, who was also touring the Texas State Capitol. "I just think we need to enhance civics in classes."

A student could have the exam modified if they are part of a special education program to appropriately measure the student's achievement.

If the bill passes, this act will take effect immediately if it receives a vote of two-thirds of all the members elected to each house, and will be applied beginning with students who enter the ninth grade during the 2020-2021 school year. 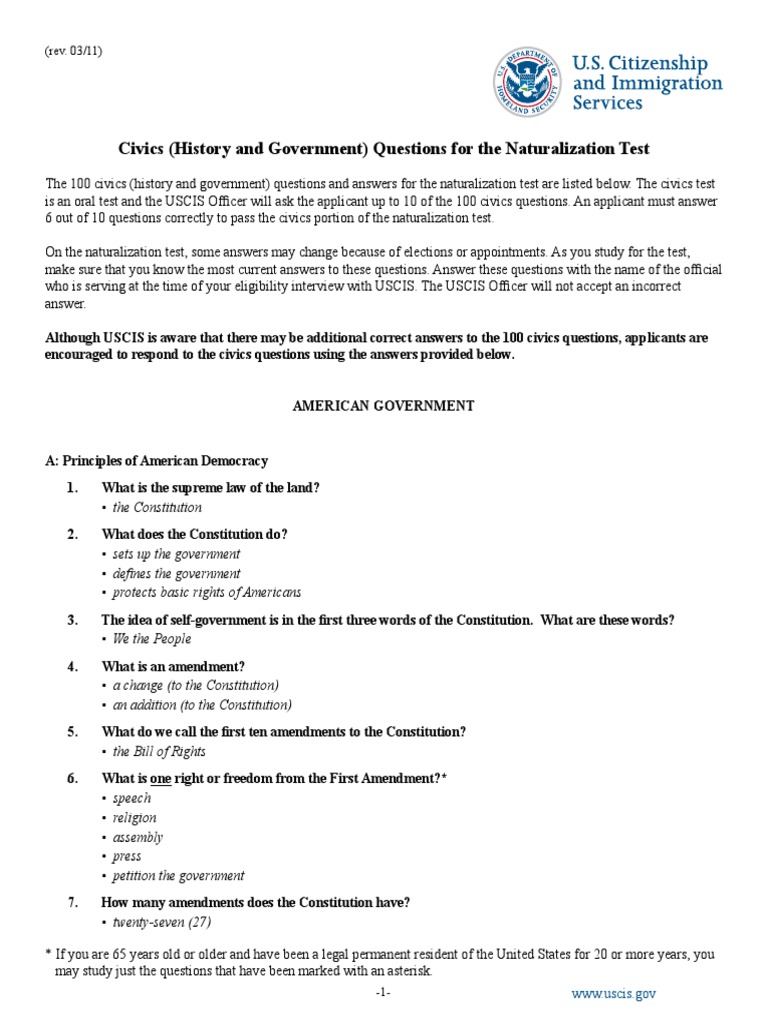 Citizenship Test
On the naturalization test, some answers may change because of elections or appointments. As you study for the test, make sure that you know the most current answers to these questions. Answer these questions with the name of the official who is serving at the time of your eligibility interview with USCIS.