If the bill passes, each exemption would occur on a case-by-case basis. 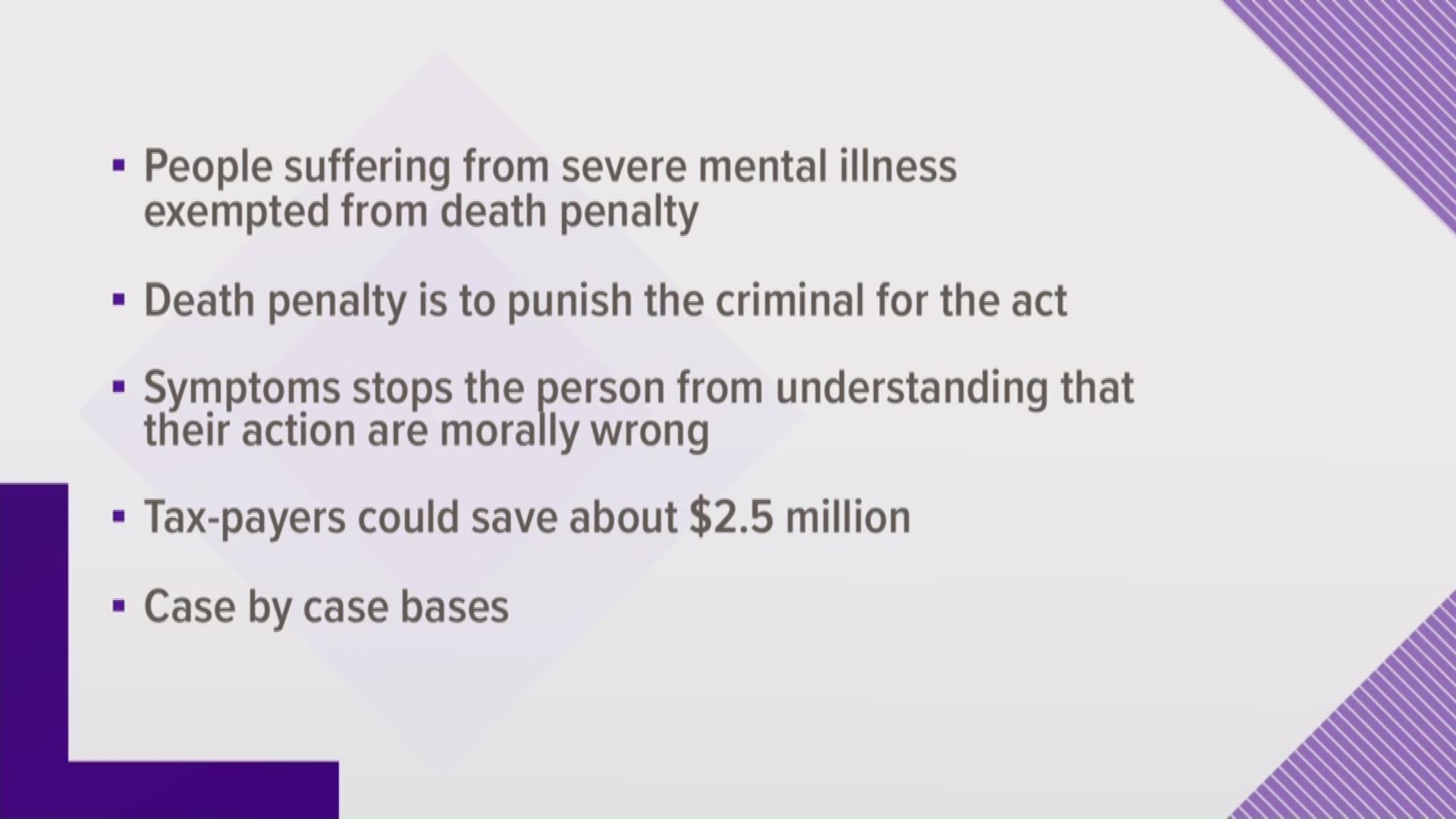 Representative Toni Rose from Dallas said the death penalty is to punish the criminal for the act, but severe mental illness can keep the person from understanding that their actions are morally wrong.

"Only after the State of Texas has paid for a death penalty trial, the incarceration of the defendant on death row, and years of appeals do we determine mental competence," said Representative Rose. "Under this bill, Texas will determine competency first, saving taxpayers an estimated $2.5 million per case."

If passed, the exemption would happen on a case-by-case basis. Those convicted would still be held accountable for their actions and face life without parole.

According to Rep. Rose's office, The National Alliance on Mental Health, Texas Institute for Excellence in Mental Health, National Association of Social Workers, Texas Catholic Conference of Bishops, and the Hogg Foundation for Mental Health have all issued wide support of the bill, which advanced further in the Texas Legislature than any severe mental illness bill in the country last biennium.