The bill would order a clinical study of using psilocybin, which is found in "magic mushrooms," to help veterans dealing with PTSD. 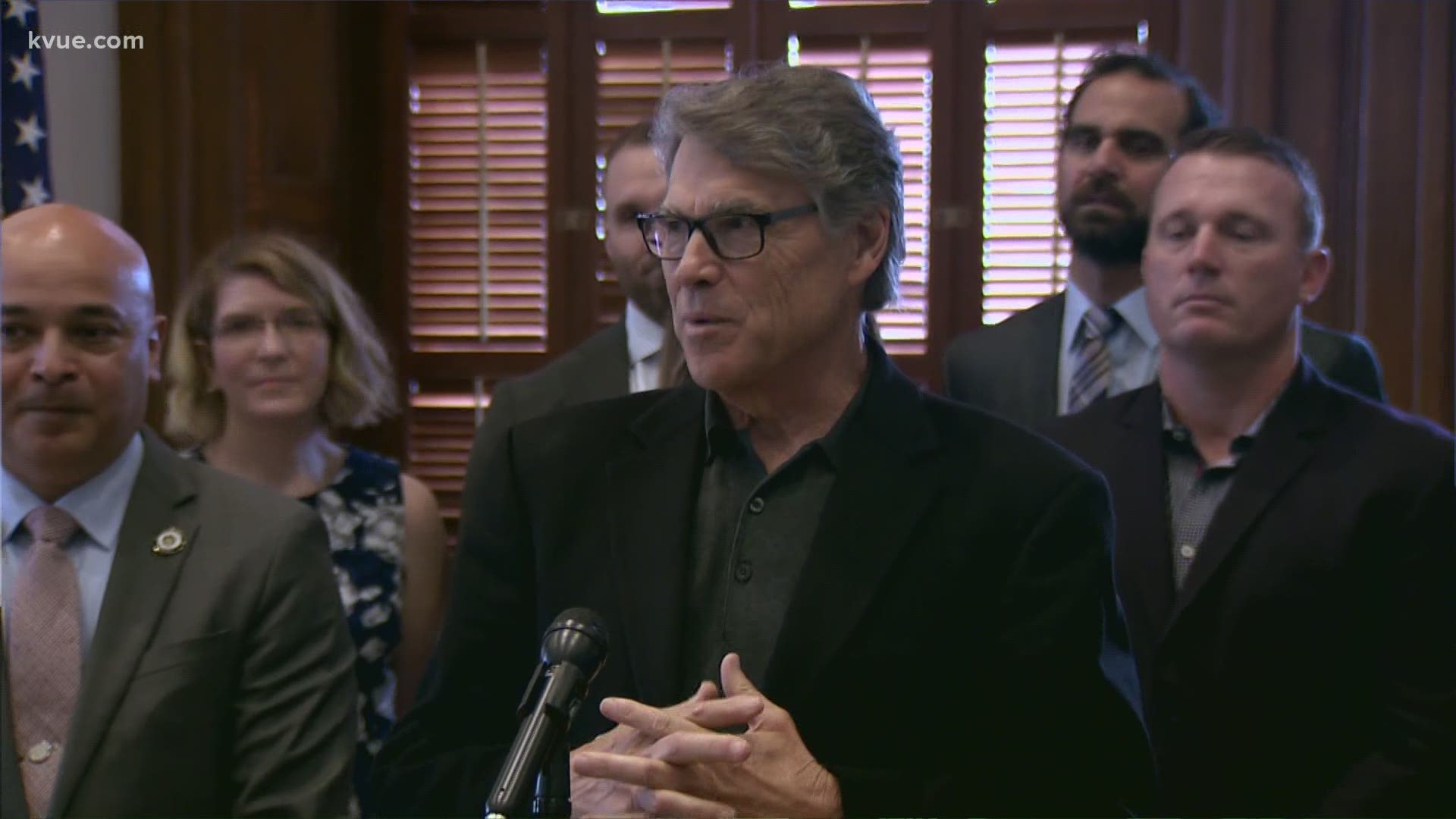 AUSTIN, Texas — Former Texas Gov. Rick Perry is back at the State Capitol, pushing for a bill that would order a study of psychedelic drugs to treat post-traumatic stress disorder in veterans.

House Bill 1802 would create a study evaluating the safety and efficacy of certain psychedelic drugs in the treatment of PTSD in vets. According to The Texas Tribune, the bill would direct the Health and Human Services Commission (HHSC) to conduct the clinical study of psilocybin in partnership with a health sciences university and a Veterans Affairs hospital. Psilocybin is the active ingredient in "magic mushrooms."

The Texas proposal would also ask HHSC to do a literature review – a survey of prior studies – of using not just psilocybin but also MDMA and ketamine to treat PTSD in veterans, The Texas Tribune reported.

In the 2020 general election, Oregon became the first state to legalize magic mushrooms. In Washington, D.C., voters elected to decriminalize the use of magic mushrooms and other psychedelic substances.

WATCH: Rick Perry pushing for Texas bill that would study psychedelic drugs for PTSD in vets

Perry, the former governor and former U.S. secretary of energy, joined Texas Rep. Alex Dominguez for a press conference on April 14 to push for the bill. Perry was joined by veterans he's formed a relationship with over the years, including retired Navy SEAL Morgan Luttrell and Dakota Meyer, a Marine veteran and Medal of Honor recipient.

"We watch and learned as states across the country and nations around the world are studying these compounds and finding the medical applications for them. It's time for Texas to join the fight," said Dominguez. "With the mental health epidemic growing in every segment of American society, it's clear that current solutions are not succeeding. New approaches are desperately needed for all people suffering from stress and trauma-related mental conditions, but especially for veterans. We must pursue every possible treatment for these issues."

Perry said he was inspired many years ago after he and his wife met with a Navy SEAL who struggled with post-traumatic stress and opioid addiction. He said he has since worked with many young veterans who suffered through similar struggles.

"I'm a great example of a fairly conservative elected official who is against drugs in any form," said Perry. "Back in 2013, I had a mother come in and visit with me about the medical use of marijuana. I was against that. But she came in and she showed me where her young son could ... get over these epileptic seizures by the use of this compound that was overseen medically, appropriately dosed, and that's what we're talking about here with this compound of psilocybin in a clinical trial environment. With the right medical oversight, the right diagnosis, the right dosing ... working them through this experience and then the right follow-up ... these compounds are different than no other compound that we would have in our arsenal. If you will use it properly, it can save lives."

Perry closed thanking the veterans and their families for joining them, and opened the floor for them to share their experiences.

"The potential science that is going to come out of this, I will suggest to you, is going to have an effect across our populations," he added. "Whether it's a young lady who plays soccer, who's being concussed multiple times, and whether it's an individual who has been sexually assaulted and the post-traumatic stress that occurs to that individual, the idea that we have in our hands, a way to positively affect their future, is a powerful thing. And I hope the members of the legislature take this opportunity, they go forward with it and we very loudly and proudly, if you will, share with the rest of the world what Texas is doing for its veterans."

In the U.S., an estimated 20 veterans commit suicide each day and their deaths are often linked to PTSD or traumatic brain injury. In other countries, psilocybin is used to help treat these disorders.

Marcus Capone, a U.S. Navy Seal who left the U.S. to be treated with psilocybin, and his wife, Amber, were also at the Capitol to talk about how the drug helped save Capone's life. The two created the organization VETS to help other veterans get the same treatment.

HB 1802 is currently assigned to House Committee on Public Health, where it has not yet been scheduled for a public hearing.

'Lights Out': Austin businesses to turn off lights overnight to save migrating birds