Richard Overton was an Austinite and the nation's oldest World War II veteran until his death in December. 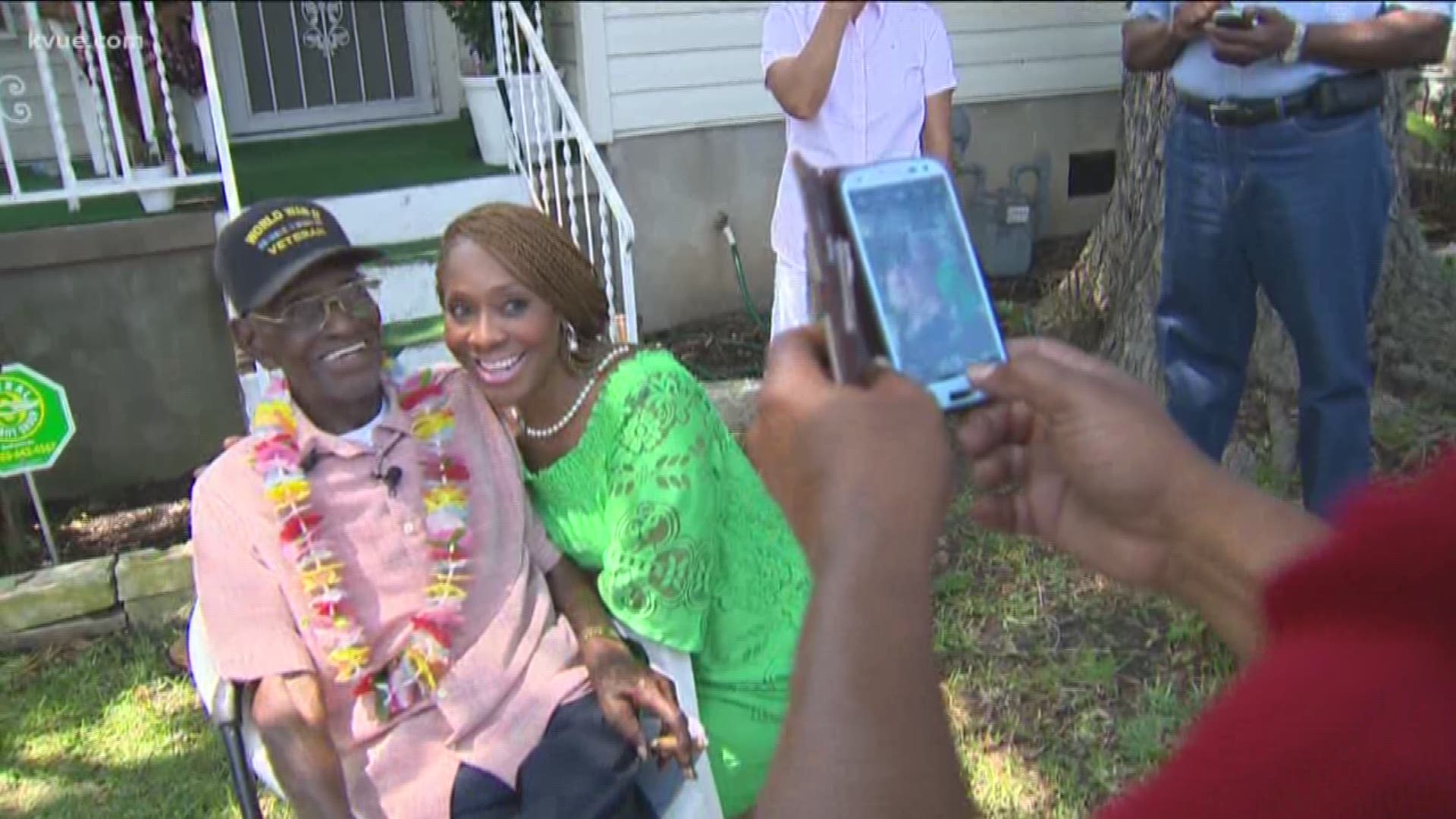 Mr. Overton was an Austinite and the nation's oldest World War II veteran until his death in December.

The bill proposes the portion of State Loop 111, or Airport Blvd., between its northern intersection with Levander Loop and its intersection with Parkwood Road be designated as the "Richard Overton Memorial Highway," essentially from U.S. 183 to I-35.

The designation would be in addition to any other designation, so the road would likely still be called Airport Blvd. as well.

The bill proposes the state would design and construct markers indicating the new designation and erect a marker at appropriate sites along the road.

Rep. Cole said addresses or zoning patterns would not change if the bill passes.

Mr. Overton already has a street named after him. Two years ago, the city changed the name of Hamilton Avenue, where he lived, to "Richard Overton Avenue."

"The street Richard Overton lived on was lovely," Rep. Cole said. "But, it was small. And he was a very big person in this community and state."

Rep. Cole said she chose Airport Blvd. because it is the last major road in East Austin that is not already memorialized after someone.

If passed, the designation would take effect Sept. 1.

Hundreds of bikers gather to ride in honor of Richard Overton

Celebrating the life of Richard A. Overton