Erin Zwiener is a new representative -- and a new mom. But she says by bringing her daughter to work, she's not trying to make a statement. 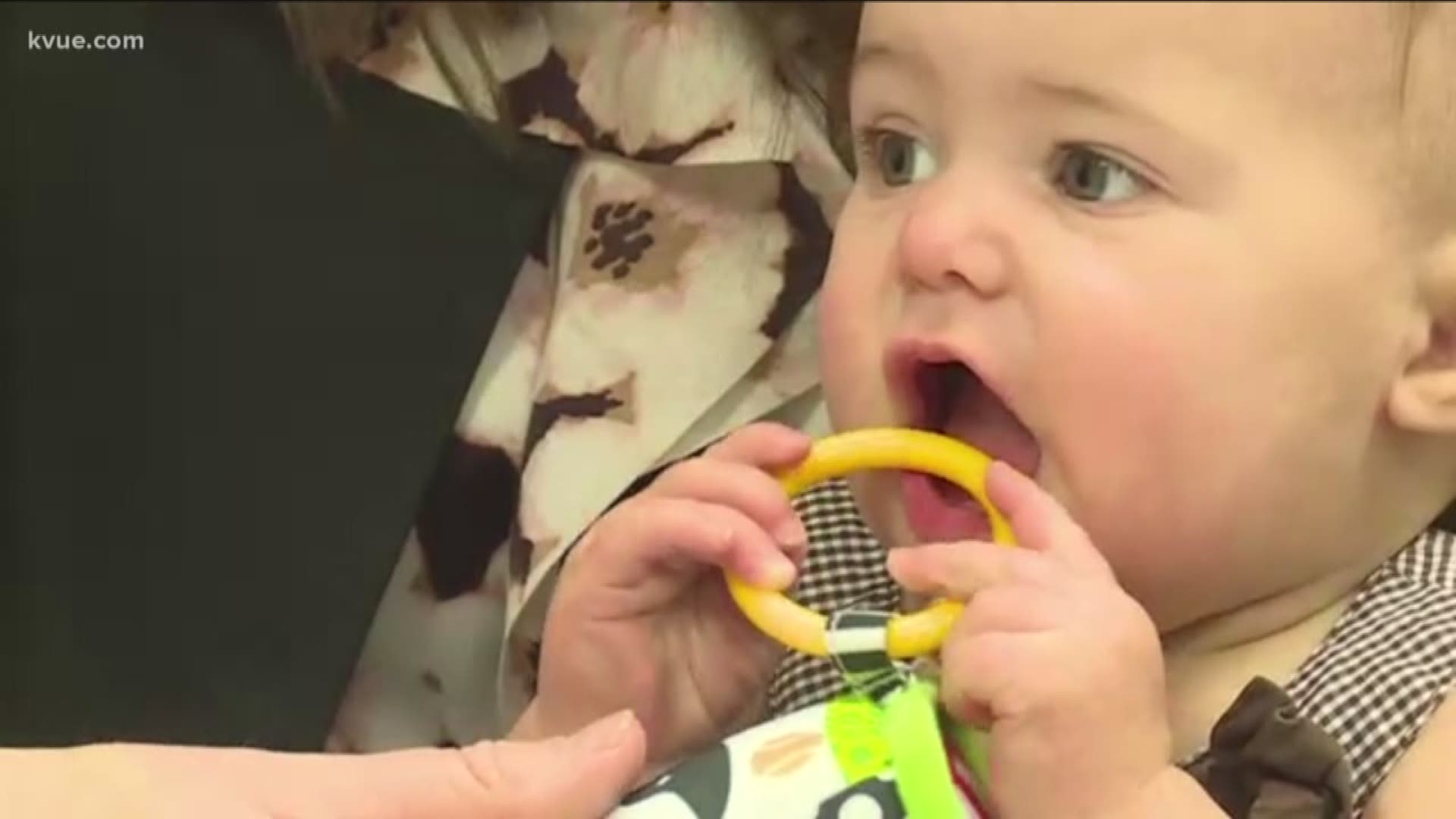 AUSTIN, Texas — It's tough to balance your job and kids as a working mom.

But she's determined to make it work.

"Working moms are all over Texas," said Zwiener.

She plans to bring Lark, her six-month-old daughter, to work a few days a week.

"My daughter's six months old, I don't want to miss her growing up and, honestly, I can't afford a full-time nanny," said Zwiener.

With her husband working full time, and waitlists at nearby daycares, this is what works for her.

While her office is full of books, and important papers, she also has bottles, a pack n' play, and a corner with toys.

Zwiener thinks her daughter will be her secret weapon.

"She was great on the campaign trail, made it really easy to enter conversations, particularly with other young families, who are a lot of the folks I needed to be sitting here today," said Zwiener.

Not only will Lark help her get to know everyone, but she'll also keep her focused on the issues.

"Every time I look at my daughter I'm reminded of why I'm doing this," said Zwiener.

RELATED: No, Texas can't secede during a federal government shutdown

While she admits as the days at the Capitol will likely get longer, and depending on what committees she serves on, she may have to enlist a nanny to help. But she said it's important to make it work.

"There's generally been the expectation that women wait until they're done raising children to run for office," said Zwiener. "I don't think Ann Richards ran until she was in her late 40s or early 50s, and that's losing a lot of time."

And that's time that Zwiener doesn't want to waste as a mom or a public servant.

"I'm really pleased to be part of a generation who's not waiting anymore, and saying, 'Yeah, we can raise families and serve,'" she said. "And, in some ways, I think it's a strength because every time I look at my daughter I'm reminded of why I'm doing this. I'm doing this so every Texas child can have access to a great education, so every Texas child doesn't have to worry about access to health care, so that she can grow up and explore the same beautiful Hill Country I did as a kid."