He said the bill, if passed, would make lawmakers' constituents less safe. 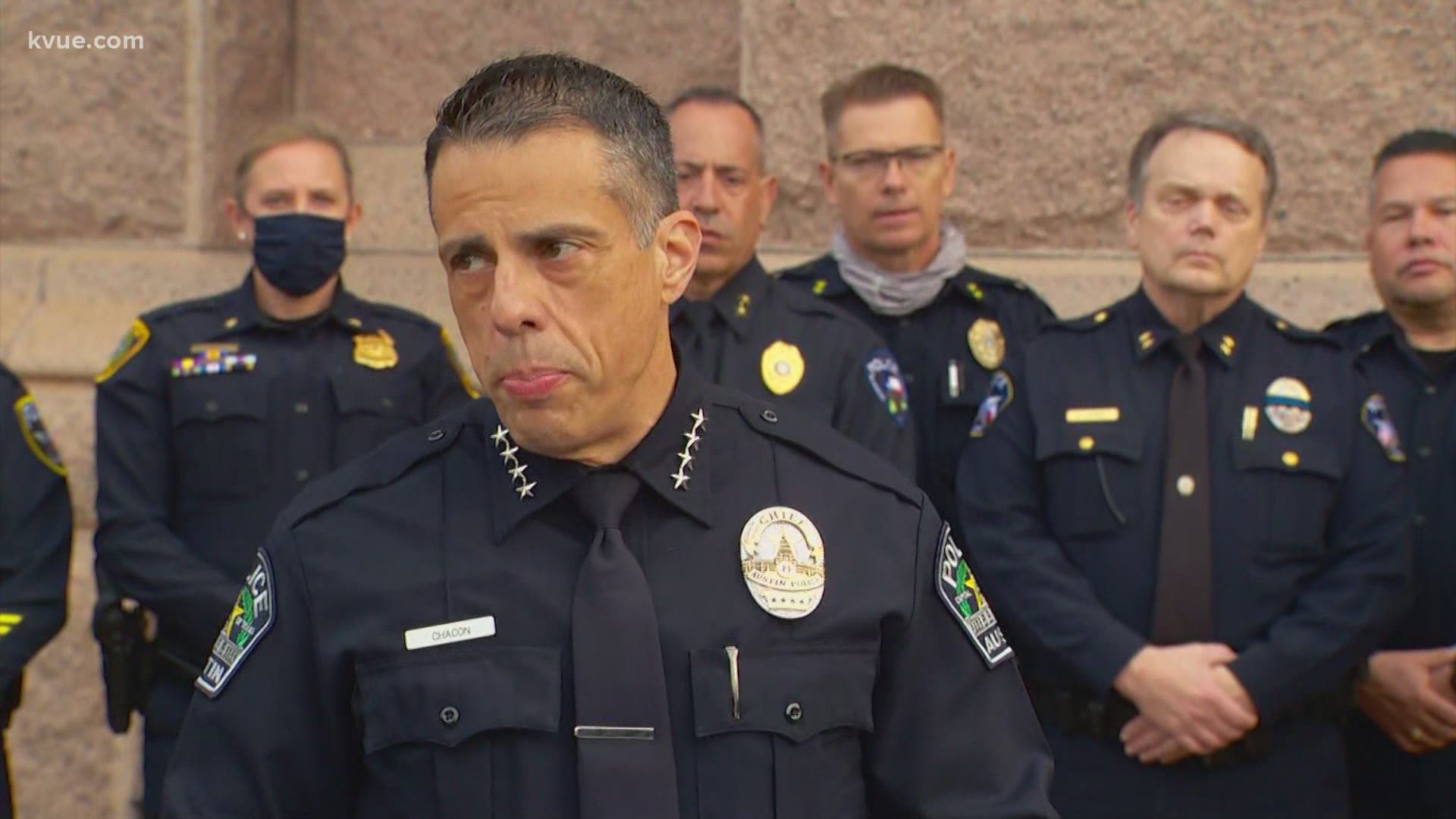 House Bill 1927, filed by State Rep. Matt Schaefer (R-Tyler), would allow Texans 21 years and older who are eligible to carry a gun in the state to carry a handgun, openly in a holster or concealed, without a permit. Members of the Texas House of Representatives passed the bill on April 16.

Texans are currently required to have a license to carry, and to obtain a license, you have to take a training class, pass a written exam and shooting test and submit fingerprints.

Chacon, along with other police chiefs in the State of Texas, spoke at a press conference nearly a week after House lawmakers passed the bill.

He said that training for handgun carriers is crucial for public safety.

"It’s reasonable and important to ask that someone carrying a firearm in public know how to safely handle and store a gun and have a basic awareness of the laws related to weapons and the use of deadly force," Chacon said. "Stripping away those safeguards will make our streets less safe and they will make law enforcement’s jobs harder."

From 2015 to 2020, he said the City of Austin has seen a 124% increase in gun-related crimes, including shootings, murders, aggravated assault and robberies.

In fact, several days before Chacon's comments, he was speaking to the City of Austin after a former detective opened fire on his ex-wife, daughter and daughter's boyfriend, killing all three.

The interim chief said that guns are easier to obtain than ever before and it's become more common for people to use them.

"Weakening regulations and effectively eliminating training requirements is not the direction we should be going right now," Chacon said.

Chacon and the Austin Police Department announced a new "Violence Intervention Program" aimed at preventing gun crime through collaborative efforts with local, state and federal agencies. On a local level, effective immediately through Aug. 31, APD is working with prosecutorial liaisons at the district and county attorney's offices to "increase the visibility, thoroughness and prosecution of violent offenses."