Caucus members met with private foster care providers and state leaders to talk about the additional funding the agency needs to help children in the system. 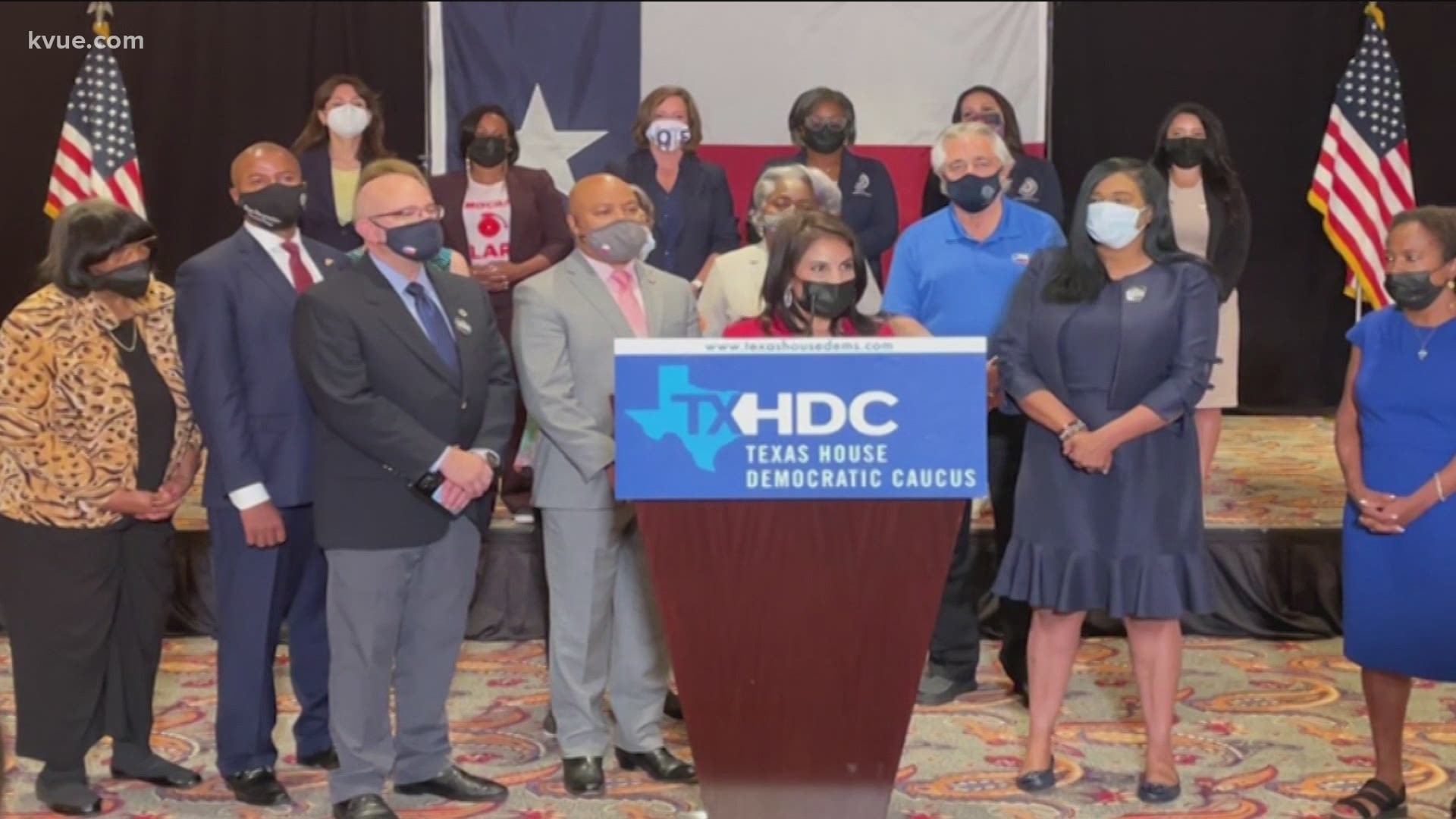 AUSTIN, Texas — It's been seven days since Texas House Democrats broke quorum, most of them flying to Washington, D.C., to stop the GOP election reform bill.

RELATED: 7 days of breaking quorum and Texas House Democrats are not budging

On Tuesday, the focus was foster care. Caucus members met with private foster care providers and state leaders to talk about the additional funding the agency needs to help children in the system.

"Without question, we are committed to doing everything possible to make sure that our foster care system receives the funding prioritized by the governor's call for the special session," said State Rep. Jim Murphy (R-Houston).

On July 7, the day before the special session started, State Comptroller Glenn Hegar updated the biennial revenue estimate, projecting lawmakers have another $7.85 billion to spend on the state's needs.

"As we got our latest biennial, updated biennial revenue estimate, we have billions of dollars of additional funding that if we can get enough democrats here to meet, we can put that money to its best possible use and one of those uses is going to be benefiting these children," Murphy added.

But the House Democrats are pushing back. They say the Republican-led legislature had the opportunity to pass these bills during the regular session – and didn't.

"If it was truly about the foster care system, they would have done that during the regular session," said Rep. Ana-Maria Ramos (D-Richardson). "But they chose then not to do that."

The Democrats are still in Washington, D.C., urging the U.S. Senate to pass two voting rights bills that would supersede the election reform bill Texas Republicans are working to pass.

The Democrats intend to stay in D.C. until the end of the special session, but Gov. Greg Abbott says he will call another to pass election reform.