Big changes are coming to the way Texas funds its public schools – and homeowners will reap the benefits as well as students. 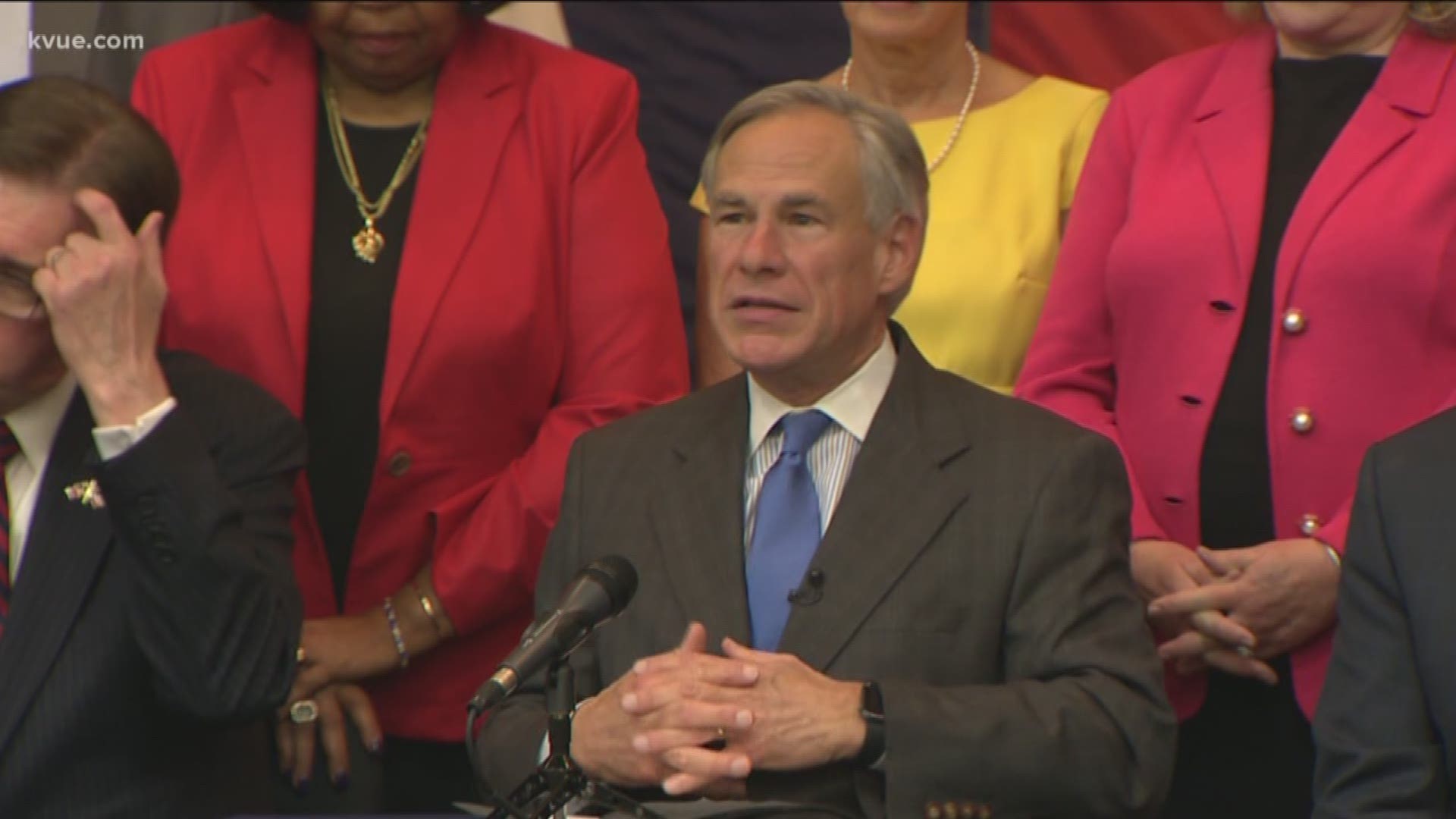 "This one law does more to advance education in Texas than any law I have seen in my lifetime in the State of Texas," Gov. Abbott said.

The governor, lieutenant governor and Speaker of the House were joined by Democrat and Republican lawmakers, superintendents, teachers and stakeholders during the bill signing ceremony at the Parmer Lane Elementary School in Austin at 11 a.m.

House Bill 3 injects more than $11.5 billion into the public school system and completely revamps the formulas used to decide how much money schools get per student.

"We are providing funding for students' needs rather than a student's zip code," Gov. Abbott said.

School districts will get more money for each student who has dyslexia or learned English as a second language, and all day Pre-K will be funded for all low-income kids.

The additional funding is on top of an increase in the set amount of money every district gets per student. All districts will also get funding to provide transportation, which is a first for Austin ISD. And payments property-rich districts have to make to the state in order to help fund property-poor districts – a system called recapture or Robin Hood – will be reduced.

The bill includes funding for raises for teachers, counselors, librarians and nurses with a priority on teachers who have worked in the field for five years or more.

"We are increasing teacher pay across the entire State of Texas but also making it, making teaching a true profession by providing a pathway for some teachers to earn close to $100,000 a year," Gov. Abbott said.

The bill also requires school districts to pay into the Teacher Retirement System, something Austin ISD does not currently do, to help shore up teacher retirement.

Homeowners will also get a little something from the bill – it includes a $5 billion school tax buy-down.

"On average, what you will see is, in the first year, about a five percent reduction in your school property taxes," Gov. Abbott said. "And after the second year, about a 10% reduction."

District leaders across the state said they're still ironing out all the funding details, but most see this as a win.

You can find out more about what House Bill 3 will do for Texas by clicking here.

A family vanished, then found dead in desert. Now, a verdict