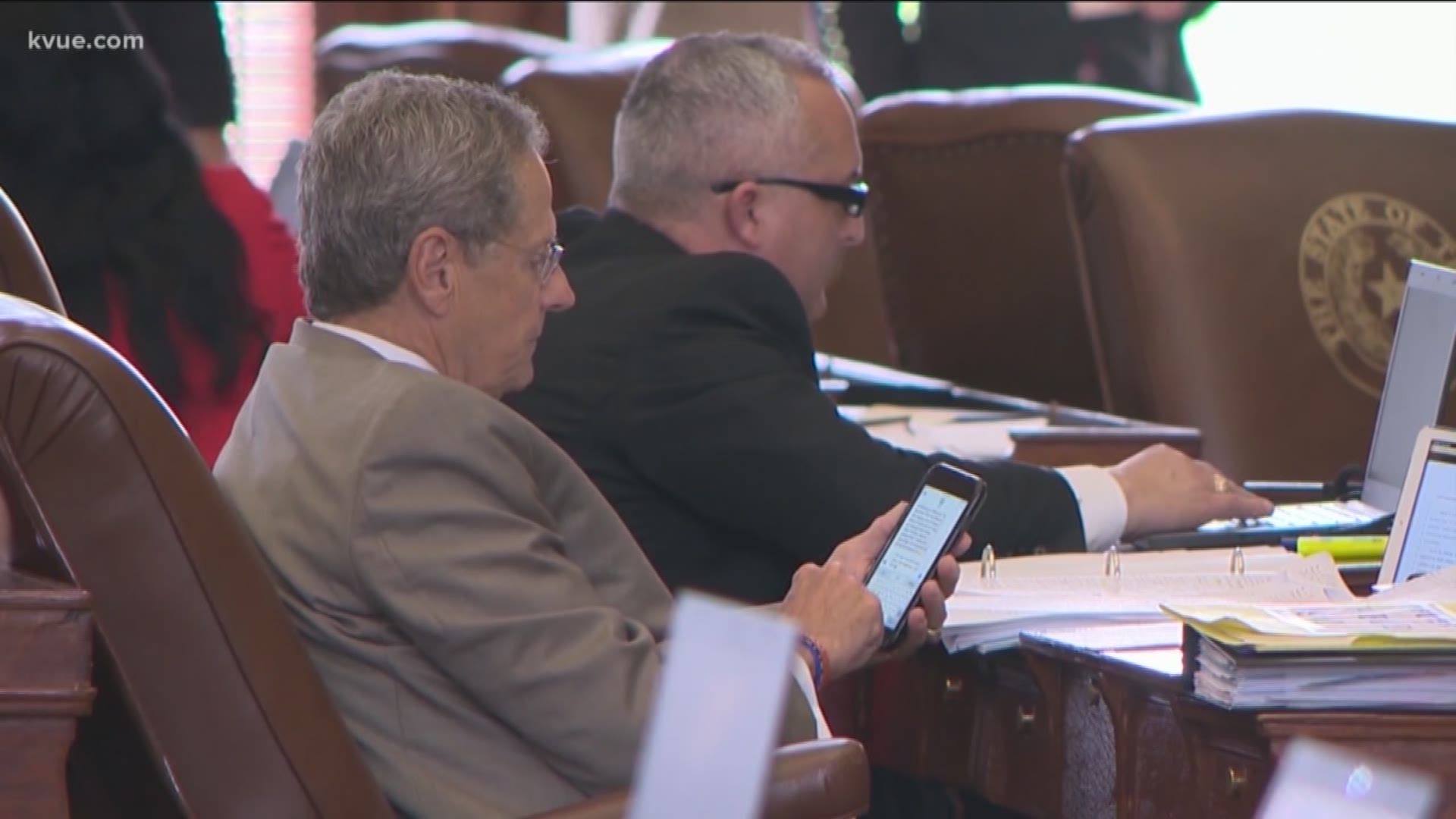 AUSTIN, Texas — The sales tax swap supported by the Texas governor, lieutenant governor and speaker of the House is facing some pushback from House Democrats.

The Big Three support a plan to increase the state sales tax by one cent and use the money generated to buy down property taxes.

The plan was initially tied to the Senate committee substitute to the House school finance reform bill, House Bill 3 (HB3), but the tie has since been amended out of the Senate bill.

State Representative Trey Martinez Fischer, senior Democrat and member of the House Committee on Ways & Means, hosted a news conference Monday morning opposing the idea. He was joined by Austin Democrat Donna Howard, who serves on the House Appropriations Committee, Houston Democrat Garnet Coleman, who chairs the County Affairs Committee, and a handful of other Democrats.

They pointed to the report from the Legislative Budget Board that found households with an income of less than $100,000 will see a net increase in taxes with the passage of the swap and savings from House Bill 3.

Martinez Fischer passed out an analysis of census data from the Texas Legislative Council District that showed more people will see a tax increase than decrease in all of the House Districts of the KVUE viewing area, with the exception of District 47.

"There are $43 billion in revenue sitting on the sidelines today in sales tax exemptions, exclusions and discounts," said Martinez Fischer. "So we have $43 billion in tax loopholes. If we're looking for $5 billion, we should start here."

There are two proposals before the House to pass the tax swap. House Joint Resolution 3 would send a constitutional amendment to voters but requires a two-thirds majority vote in the House and Senate. The other option is House Bill 4621, which would change the rate and only require a simple majority vote.

Representative Howard said the swap is unnecessary, stating the House was able to pass a bill increasing public education funding (HB3) without increasing any taxes. And she pointed out lawmakers started the session with a $9 billion surplus compared to the last session.

"Democrats are pushing back on a tax increase while Republicans are actively advocating for a tax increase," said Howard. "Which has left many of us feeling like hell has actually frozen over."

Howard added that if the sales tax is increased, Texas will tie with California for having the highest sales tax in the nation.

While the Senate removed the requirement that the swap pass from its version of the school finance reform bill, the author of HJR3 and HB4621, Houston Republican Dan Huberty who also authored HB3, told reporters with Quorum Report he still intends to call the tax swap up for a vote in the House Tuesday.