Texas senators listened to hours of public comment on Thursday, mostly from people against the bill. 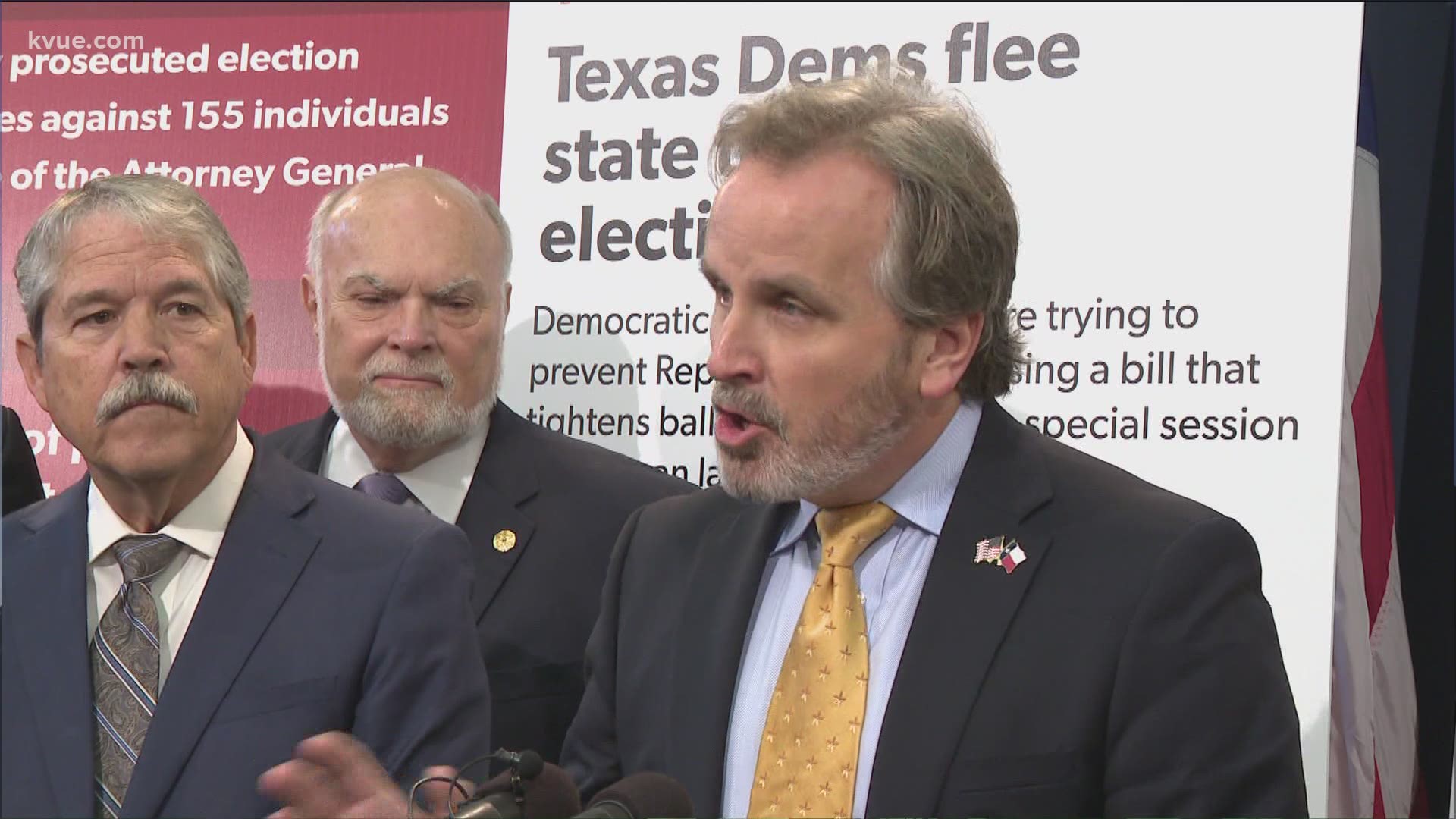 AUSTIN, Texas — By a vote of 18-4, the Texas Senate on Friday voted to pass a bill banning critical race theory in Texas schools.

Senate Bill 3 now heads to a stalled Texas House, where a quorum has remained broken for days after House Democrats fled to Washington, D.C., on Monday, to advocate for federal legislation in response to "election integrity" bills moving through the special session.

Friday's vote comes after the Senate Committee on State Affairs on Thursday voted to send the bill to the Senate for a full vote. Texas senators listened to hours of public comment on Thursday, mostly from people against the bill.

Amid the regular session earlier this year, lawmakers passed a House bill on critical race theory, which included several amendments that required a diverse group of literature on race to be taught. Texas Gov. Greg Abbott signed that bill into law. This session, Abbott wants lawmakers to change it back to the original bill, which is why it's back in discussion in the special session.

Opponents of the bill say it will limit what's taught in Texas public schools and whitewash history.

"This legislation, while well-intentioned, unduly would restrict important but challenging conversations that otherwise should occur in classrooms," said Laredo Democratic Sen. Judith Zaffirini. "My opinion is based partly on the teachers who testified about the unnecessary pressure, intimidation and uncertainty it would create for them. 'Trust our teachers,' one testified."

Meanwhile, supporters of the bill believe teachers should teach the basics and not choose sides.

Mineola Republican Sen. Bryan Hughes said SB3 requires a broad framework but doesn't affect what is taught, creates a civics training program for teachers and prohibits teachers from being compelled to talk about current events or controversial issues, among other things.

"Our classrooms should be places for fostering a diverse and fact-based discussion of various perspectives," said Hughes. "They're not for planting seeds for a divisive political agenda."

The bill's text states that SB3 would remove the requirement to teach things like slavery and the ways it is morally wrong, women's suffrage and equal rights, the emancipation proclamation, and Martin Luther King Jr.'s "I Have a Dream" speech.

"Texans roundly reject ‘woke’ philosophies that espouse that one race or sex is better than another and that someone, by virtue of their race or sex, is innately racist, oppressive or sexist.

“Senate Bill 3 will make certain that critical race philosophies, including the debunked 1619 founding myth, are removed from our school curriculums statewide. Texas parents do not want their children to be taught these false ideas. Parents want their students to learn how to think critically, not be indoctrinated by the ridiculous leftist narrative that America and our Constitution are rooted in racism.

“Final passage of this bill into law will require the House Democrats who have fled the state to return to the House for a quorum. If they do not, this bill will die, but the Senate will pass Senate Bill 3 over and over again until the House finally has a quorum. I am grateful for Sen. Hughes' leadership on this important issue."