Over 80 games have already been hand-delivered to the Supreme Court Justices. 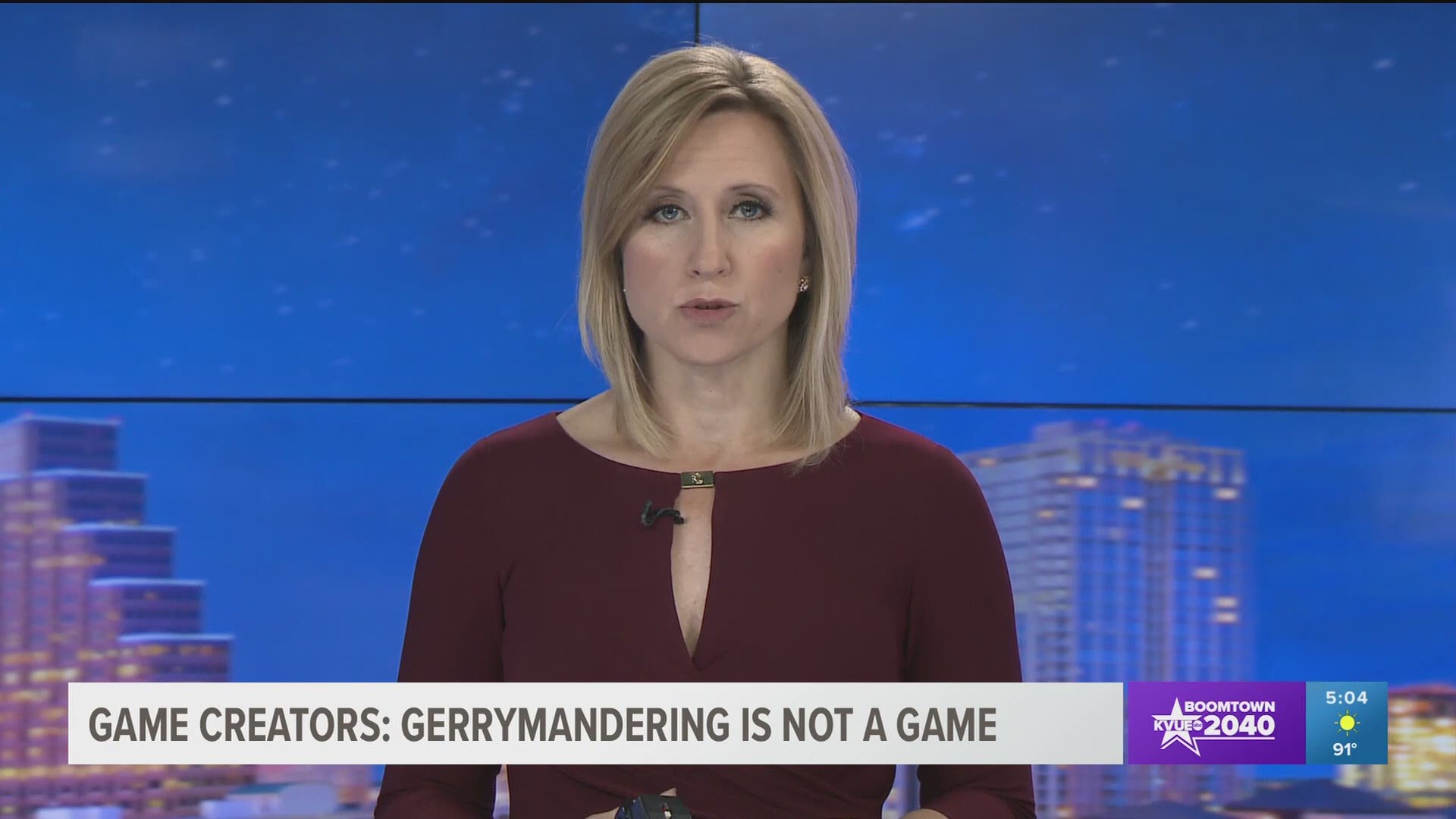 AUSTIN, Texas — Redistricting, or the process of drawing the boundaries for congressional and state legislative districts, has long been a topic of conversation for Texas lawmakers.

When the districts are drawn to intentionally favor a political party, it's called gerrymandering.

It's a process some Austin siblings are determined to show lawmakers is no game.

"This is a board game, but gerrymandering is a serious issue," said Josh Lafair, the youngest of the three siblings who co-created the "Mapmaker" board game.

This next election, he'll be voting for the first time in a district he said is gerrymandered.

"Gerrymandering works when politicians discriminate on who you believe in," Justin Nelson, an adjunct professor at the University of Texas School of Law, said. "They design these districts to make it more difficult to elect candidates they disagree with."

Nelson said this process makes it difficult for voters to have fair representation.

"That goes to the core in who we are in a democracy," Nelson said.

"That can take the power off the hands of politicians," Lafair said.

Two of the bills being discussed by the redistricting committee include House Joint Resolution 25 and House Bill 312, which would reform the map-making process in Texas.

"I'm not hopeful legislation will be passed," Rep. Donna Howard said. "Although we should be doing it since the lines will be drawn the next legislative session."

While lawmakers are talking about this now, the process of drawing new districts won't happen until the next session in 2021, after the 2020 census.

Lafair hopes his mapmaker game raises awareness on how gerrymandering affects the community.

"I'd love for the redistricting committee to see that gerrymandering is not a game," Lafair said. "People should be choosing their politicians, not the other way around."

Within the next few weeks, the board game will make its rounds around the Texas Capitol.

So far, Lafair has already hand-delivered about 82 board games to the Supreme Court justices in Washington D.C.

"Our main goal is we want there to be so many, it's impossible for them to be ignored," Lafair said.