The Texas legislative session started more than two weeks ago. In the first days, members of the House and Senate filed bills relating to ballot by mail. 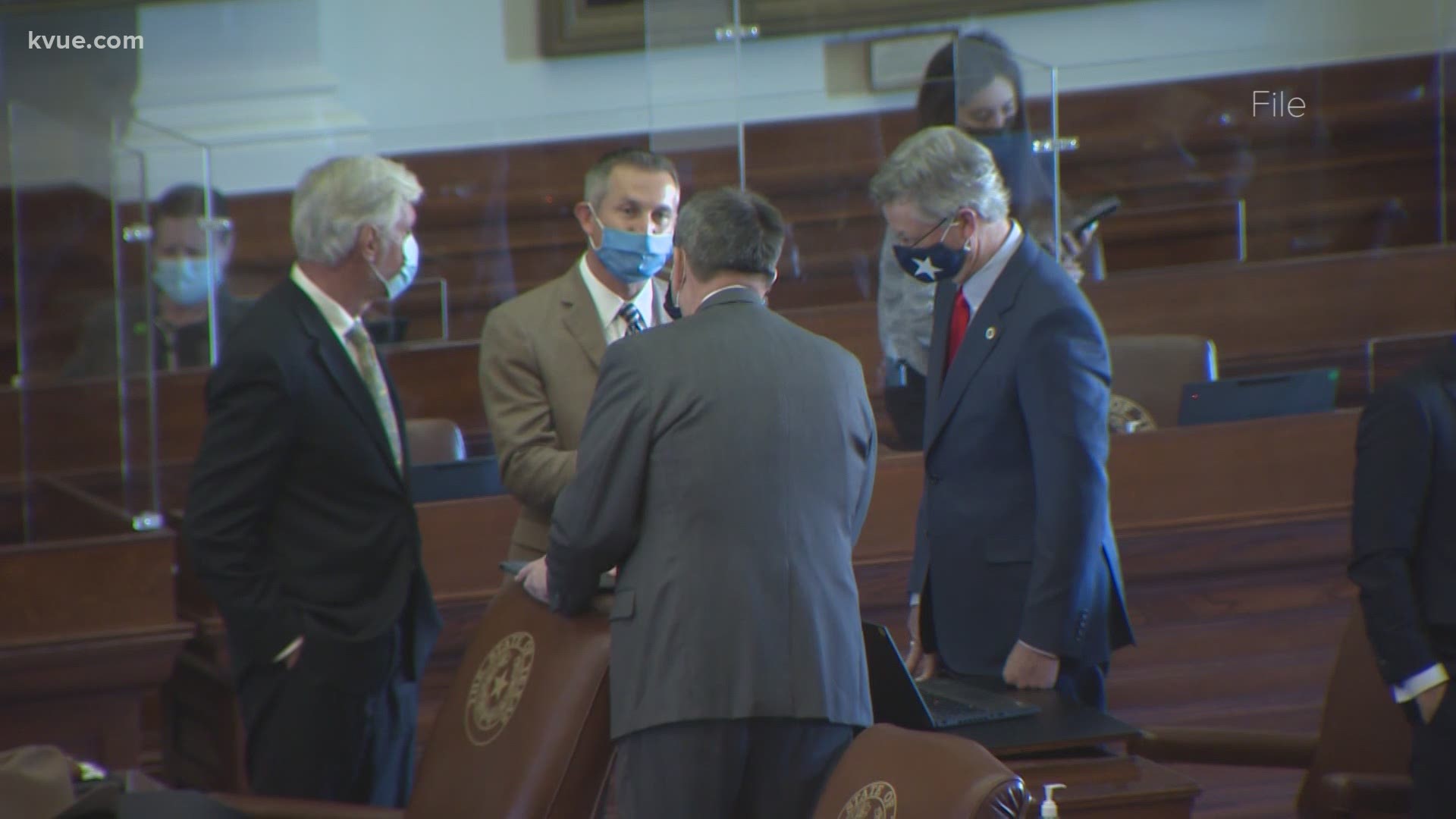 AUSTIN, Texas — The 2020 election put mail-in voting under a microscope. Texas saw record numbers of people vote by mail because of the COVID-19 pandemic.

To start the 87th legislative session in Texas, lawmakers in both chambers have introduced bills that relate to ballots by mail. For example, Rep. John Bucy (D-Cedar Park) introduced a bill this week that would allow election officials to send ballots to qualified voters via email. Those ballots would then be mailed back with a signature to be verified.

"Think of the truck driver, the oil rig worker, who's in a spot where they're on the move or don't have easy access to the mail to be able to still get their ballot by mail, cast their vote and make their voice heard," Bucy said Friday.

Voting should be as safe, accessible, and secure as possible! Allowing voters who will be out of the county to receive their ballot by email, print it, fill it out, sign it, and mail it back in is a common sense approach to continuing to modernize our election systems. #txlege pic.twitter.com/EYZudxv7yW

Bucy’s not the only one. Democratic Sen. Royce West filed a bill that would allow Texas election officials to notify voters of any mistakes listed on a ballot-by-mail. Voters would then have a chance to fix the signature problem.

In the same bill West filed, the language would also allow more voters to qualify for early voting during a pandemic, a direct response to the coronavirus pandemic.

West filed a bill in the Senate mirroring Bucy’s H.B. 845. Bucy’s bill would prevent email addresses, while used for the purpose of requested an emailed ballot, from becoming public information. However, emails have come under security threats for years. Bucy said the ballots would still be protected.

“This would increase security because it creates a trail of who asked for the ballot,” Bucy said. “I would still have to print it. I still have to sign it and send it back in just like anybody else … We have laws to protect around that already, whether it's someone breaking into somebody's mailbox or any other means to take someone's ballot by mail.”

Bucy hopes his bill will receive bipartisan support when both chambers reconvene on Feb. 8.

“It would increase ballot access and that ultimately would be all of our goal,” Bucy said. “Let's get more participation. Texas needs it.”