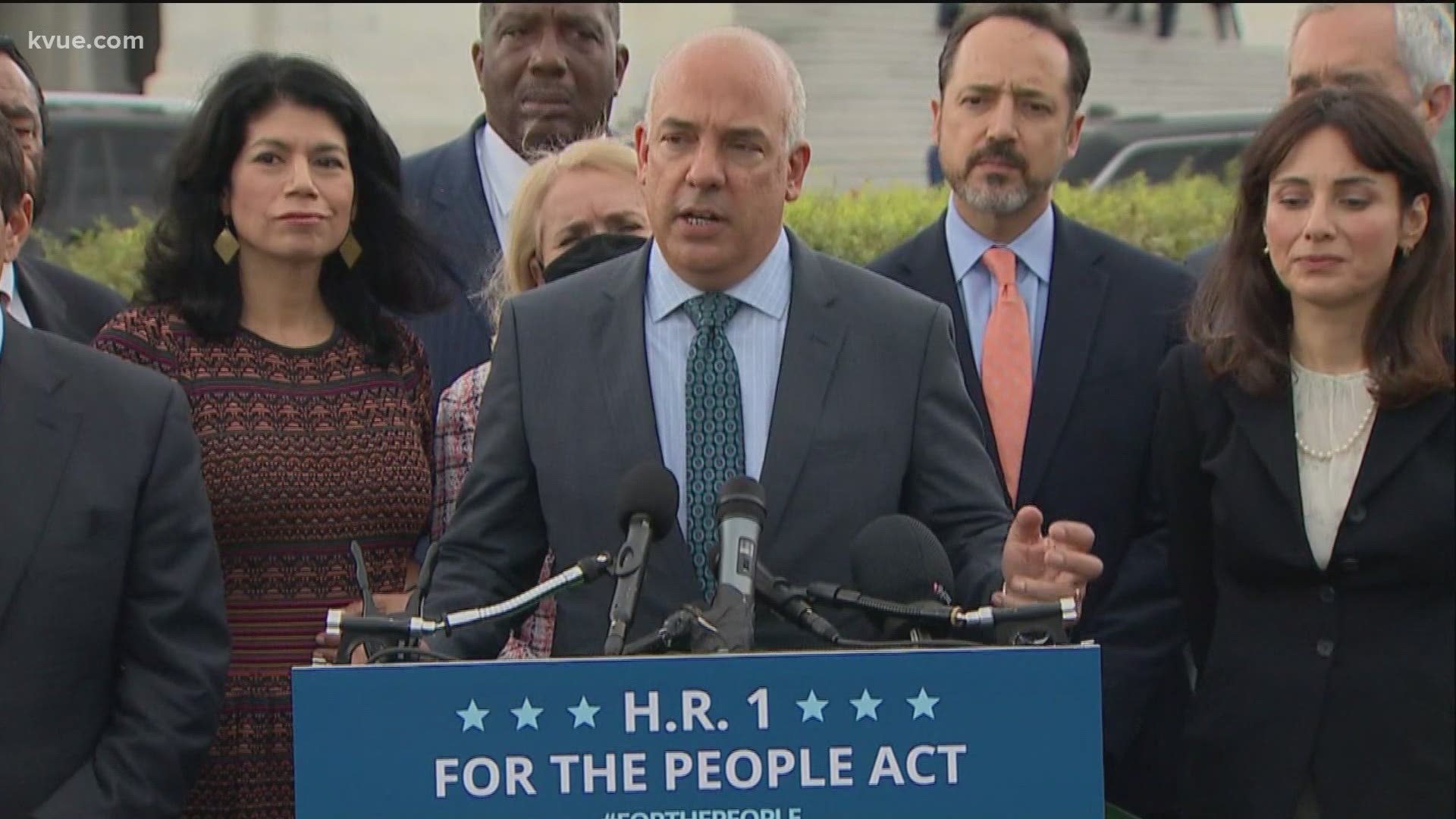 WASHINGTON — Democratic members of the Texas Legislature are in Washington, D.C., this week to meet with congressional leaders and Vice President Kamala Harris to discuss temporarily blocking Texas Senate Bill 7 and urge the Senate to federal voting rights bills.

RELATED: Inside Texas Politics: Will Texas Democrats be able to stop SB 7 from passing a second time?

On Tuesday, Texas Democrats met with House Speaker Nancy Pelosi and the Texas Democratic Congressional Delegation for a press conference on protecting the right to vote in Texas.

"It is a diabolical attempt to make it harder for American citizens to cast a ballot in an election," said Texas Rep. Chris Turner (D-Grand Prairie).

According to Speaker Pelosi, the "antidote" to voter suppression in Texas and across the nation is H.R. 1, also known as the For the People Act.

Texas Democrats are pushing for H.R.1 to be passed. They say without federal protection, more states will pass restrictive voting measures.

"This is an all-out assault," said Speaker Pelosi. "It's really hard to understand how they could cook up so many various ways to come at a person's right to vote."

Although Texas Democrats successfully delayed the passing of SB 7, the bill is far from dead. Gov. Greg Abbott vowed to make election reform a topic during a special session later this year.