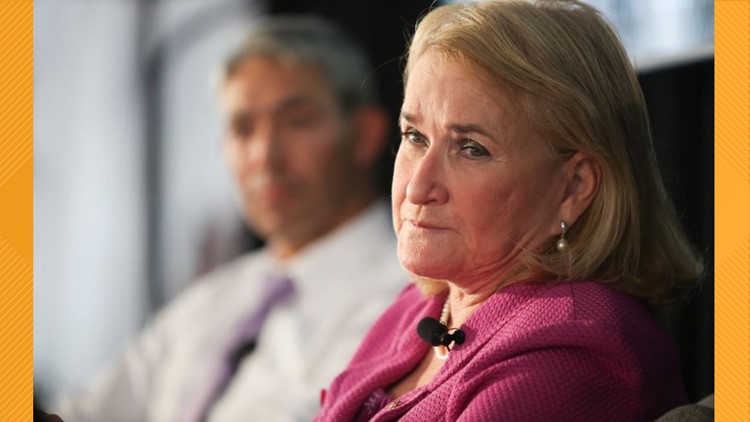 WASHINGTON — House Speaker Nancy Pelosi announced Wednesday that Congresswoman Sylvia Garcia of Houston will serve as one of the seven Democratic lawmakers who will prosecute the impeachment case against President Donald Trump in the Senate.

These impeachment managers act in a role similar to a prosecutor in a criminal trial. Garcia and the other six House members will attempt to make the case for impeachment in a Senate trial likely to begin next week, and try to persuade senators to vote in favor of removing Trump from office.

Garcia appeared with Pelosi and the other impeachment managers when the speaker made the announcement. There, Pelosi indicated that she leaned on Garcia because of her judicial background.

"Before Congress, Ms. Garcia served in the Texas State Senate," Pelosi said in her announcement. "Previously, she was the director and presiding judge of the Houston municipal system and was elected city controller. Ms. Garcia was later elected the first Hispanic and first woman to be elected in her own right to the Harris County Commissioners Court."

The House voted largely along party lines in December to impeach Trump over allegations he used his office to pressure the Ukranian president to investigate the family member of his political rival, former Vice President Joe Biden. Only the Senate has the power to remove a president with a two-thirds majority vote. It's considered unlikely the Republican-controlled Senate would join with Democrats to remove Trump from office.

Senate jurors will include Texas' Republican U.S. Sens. John Cornyn and Ted Cruz, who are likely to serve as fierce defenders of Trump during the trial.

The other impeachment officers are U.S. Reps. Adam Schiff of California, Jerry Nadler of New York, Zoe Lofgren of California, Hakeem Jeffries of New York, Val Demings of Florida and Jason Crow of Colorado. Schiff, who rose to national prominence as the House Intelligence Committee chairman, will lead the group.

The House will vote Wednesday on a resolution naming the impeachment officers and to transmit the articles of impeachment to the Senate.

“The House has demonstrated its courage and patriotism,” Pelosi said. “Our managers reflect those values, and will now honor their responsibility to defend democracy For The People with great seriousness, solemnity and moral strength.”

Trump is the third U.S. president to be impeached by the House. No president has ever been removed from office by the Senate.