KVUE's interviews with Lloyd Doggett and Michael McCaul came amid a chaotic day at the Capitol in Washington, D.C. 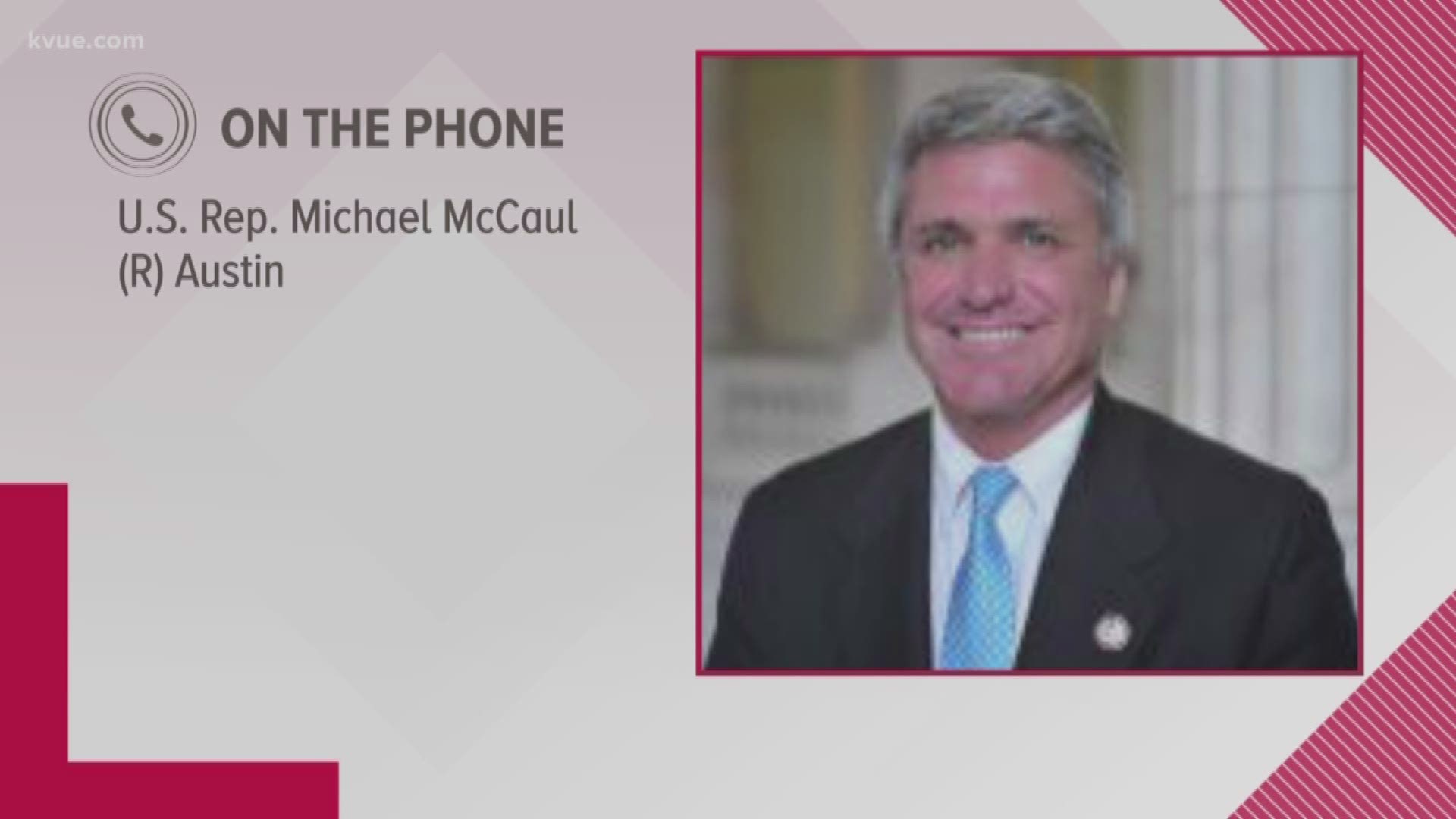 AUSTIN, Texas — As Congress convened on Wednesday to confirm the Electoral College votes won by President-elect Joe Biden, a mob of President Donald Trump's supporters stormed the U.S. Capitol, marching through the building and forcing a halt of congressional deliberations over the challenges to Biden's victory.

KVUE spoke with Texas Democrat Rep. Lloyd Doggett about the chaotic events happening in the nation's capital. Doggett told KVUE he was in his office directly across from the Capitol as the events unfolded on Wednesday afternoon.

"I could see out my window protesters beginning to arrive, at least running around the Capitol building to meet them, more and more protesters. Eventually, they were able to enter the Capitol on a day that is really troubling for our democracy, basically an insurrection in an attempt to stop the counting of the vote," Doggett said.

Doggett said the mob that stormed the building had been "fed a daily diet of lies by President Trump."

"I would be the first to defend their right to protest ... But the violence that occurred here today was not protest. It was a riot," he said.

Doggett was one of the numerous lawmakers to speak out on the events in Washington, D.C. KVUE rolled up a list of responses and you can read those here.

KVUE also spoke on the phone with Texas Republican Rep. Michael McCaul on Wednesday, who called the events "a sad day for America and democracy." McCaul spoke about being on lockdown and said he'd never seen anything like this before.

"It's just been a really, it's a sad day for America," McCaul told KVUE. "You know, this is a day we're supposed to, to certify the Electoral College as a peaceful transition of power, and we get this violence. I've never seen anything like this in the Capitol. They have, they [have] taken over the entire United States Capitol building, got on the floor of the Senate, went into Speaker Pelosi's office. There were gunshots fired, just absolute mob chaos."

McCaul said he believed Trump got his supporters "whipped up into a frenzy."

"He's the one that needs to tell them to stop the violence and go home," McCaul said. "This is not the way democracy is supposed to work. We have a peaceful transition of power. We don't have violence, you know, in a coup."

Protestors also gathered in Austin on Wednesday outside of the Texas Capitol, however, there have not been reports of any vandalism or break-ins. Public access appeared to be blocked off Wednesday afternoon after the events in Washington erupted. Texas DPS said the Texas State Capitol building and grounds will be closing to the public out of an abundance of caution.