Paxton claims Blessings in No Time, or BINT Operations LLC, targeted African Americans in Texas, scamming participants out of “tens of millions of dollars.” 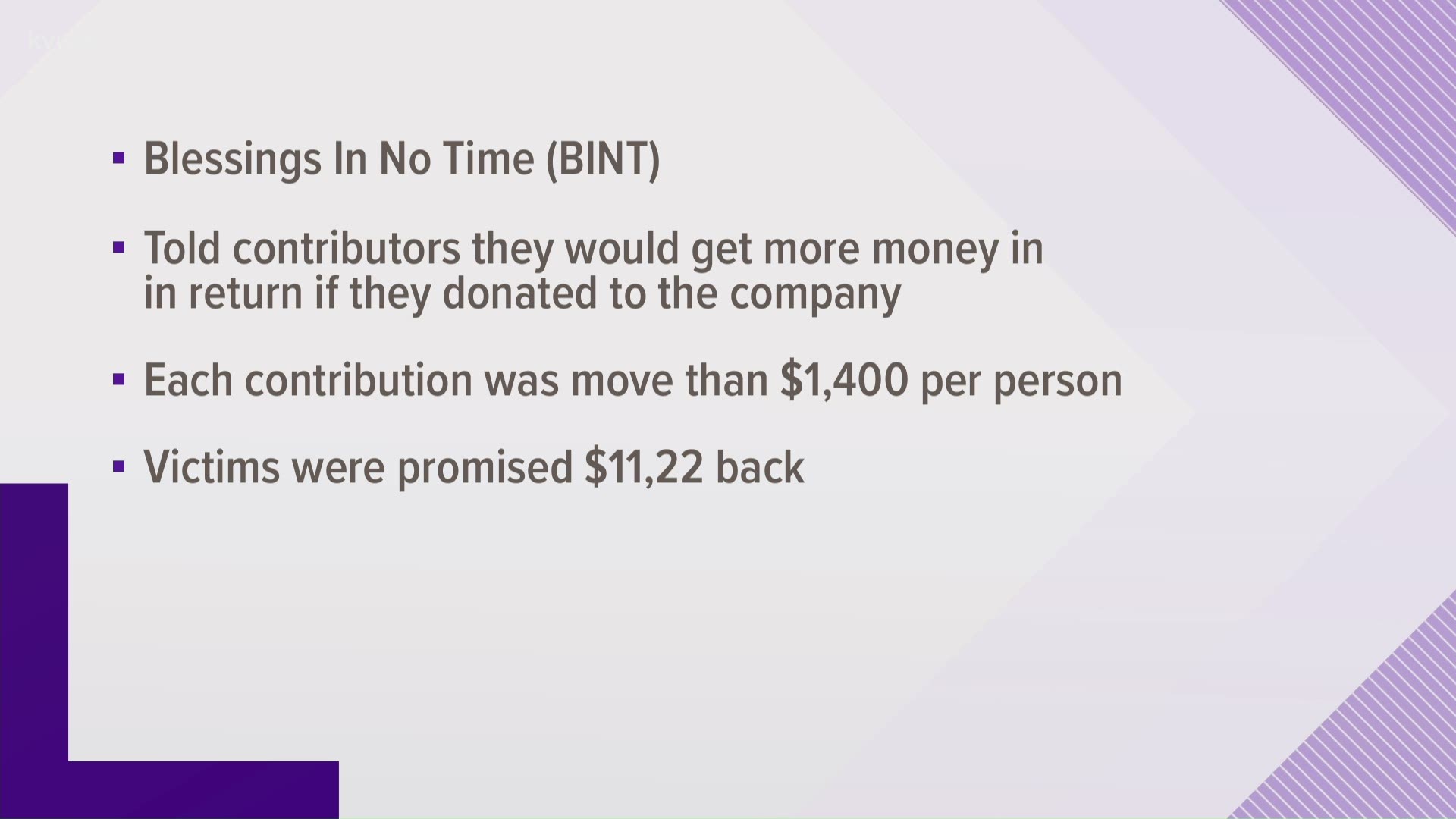 Paxton claims Blessings in No Time, or BINT Operations LLC, scammed African Americans in Texas and across the U.S. out of “tens of millions of dollars,” according to a press release from the attorney general.

BINT reportedly offered what seemed to be a “blessing circle” of sorts, telling contributors if they gave money to the company, they would receive a “blessing” eight times the amount of what they originally donated in return. Paxton said the company targeted needy members of the African American community affected by the pandemic.

He claims BINT told victims that everyone could receive a refund if requested. However, company owners are now admitting that “their refund account is empty, even as many refund requests have gone unpaid.”

According to a press release from Paxton's office, each contribution was over $1,400 per person. Each victim was promised over $11,200 back if they recruited others to join the program.

“BINT scammed Texans out of money by exploiting their deeply-held religious faith during a national crisis,” Paxton said in the press release. “This is despicable behavior, and BINT will be prosecuted to the full extent of the law.”

The State of Texas is requesting BINT’s assets be frozen, according to Paxton’s petition. It also says all funds collected by the “illegal pyramid promotional scheme” should be returned to the victims.