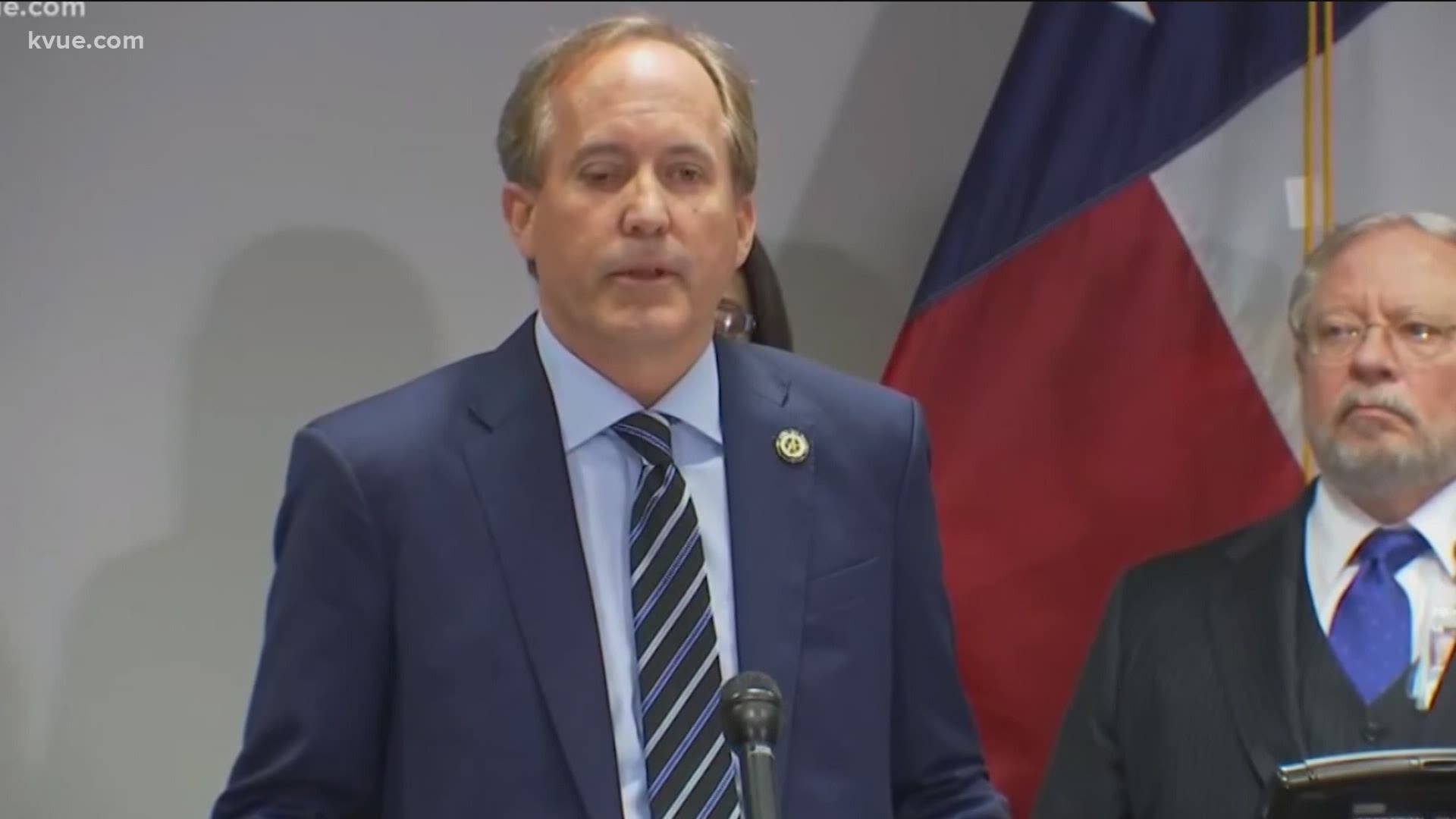 AUSTIN, Texas — A state's attorney general is its top legal officer, charged with legally defending the state, interpreting laws and statutes and protecting residents from waste, abuse and fraud.

But in Texas, the attorney general has a bit of fraud issue of his own.

"A few years ago when Paxton was first indicted, there were actually a few attorneys general around the country that were being investigated for crimes," said Lauren McGaughy. "And now he's the only one."

McGaughy is an investigative reporter with the "Dallas Morning News."

In April 2014, The Texas Tribune broke the news that then State senator and attorney general candidate Ken Paxton was paid for soliciting clients for an investment firm, but wasn't registered with a state board.

"It basically meant that he was telling friends to go to his friend's firm so they could learn how to invest. And he was getting, allegedly, a commission off of all the people that he funneled. So if they did invest with his friend, he would get to up to 30% in fees back," McGaughy explained. "And you're supposed to be registered with the state when you do that."

"After the news broke that he had paid this fine, there was a left-leaning group that said, 'Hey, wait a minute, not being registered is a felony,'" McGaughy explained.

The group asked the Travis County District Attorney to look into the case. The DA decided to wait until after the November election.

"He wins election, he becomes AG with this potential investigation hanging over his head, then the Travis County DA says, 'This isn't my issue. I'm going to kick this up to Dallas and Collin County where the alleged crimes took place,'" said McGaughy.

With the statute of limitations almost up, the Collin County District Attorney stepped off the case because of his relationship with Paxton. The Texas Rangers and independent special prosecutors took over the investigation, presented it to a grand jury and, on July 28, 2015, Paxton was indicted.

So what's happened between 2015 and now?

"There have been other legal, other lawsuits that have delayed it," said McGaughy. "The case has been moved out of Collin County. That delayed it. There's been acts of God that have delayed it. Hurricane Harvey shut down the court complex for a long time in Harris County where the case was moved. So this thing has just encountered every type of delay possible, both purposeful on the part of Paxton's lawyers and the prosecutors, and just things totally outside of their control."

There's also a separate legal issue with the special prosecutors who say they haven't been paid in four years. And now with the COVID-19 pandemic, juries aren't being seated in much of the state.

KVUE reached out to Paxton for comment and didn't hear back.

But political analysts say with his term in office ending in two years and a reelection bid likely coming in 2021, Paxton wants this case wrapped up just as much as the people of Texas.