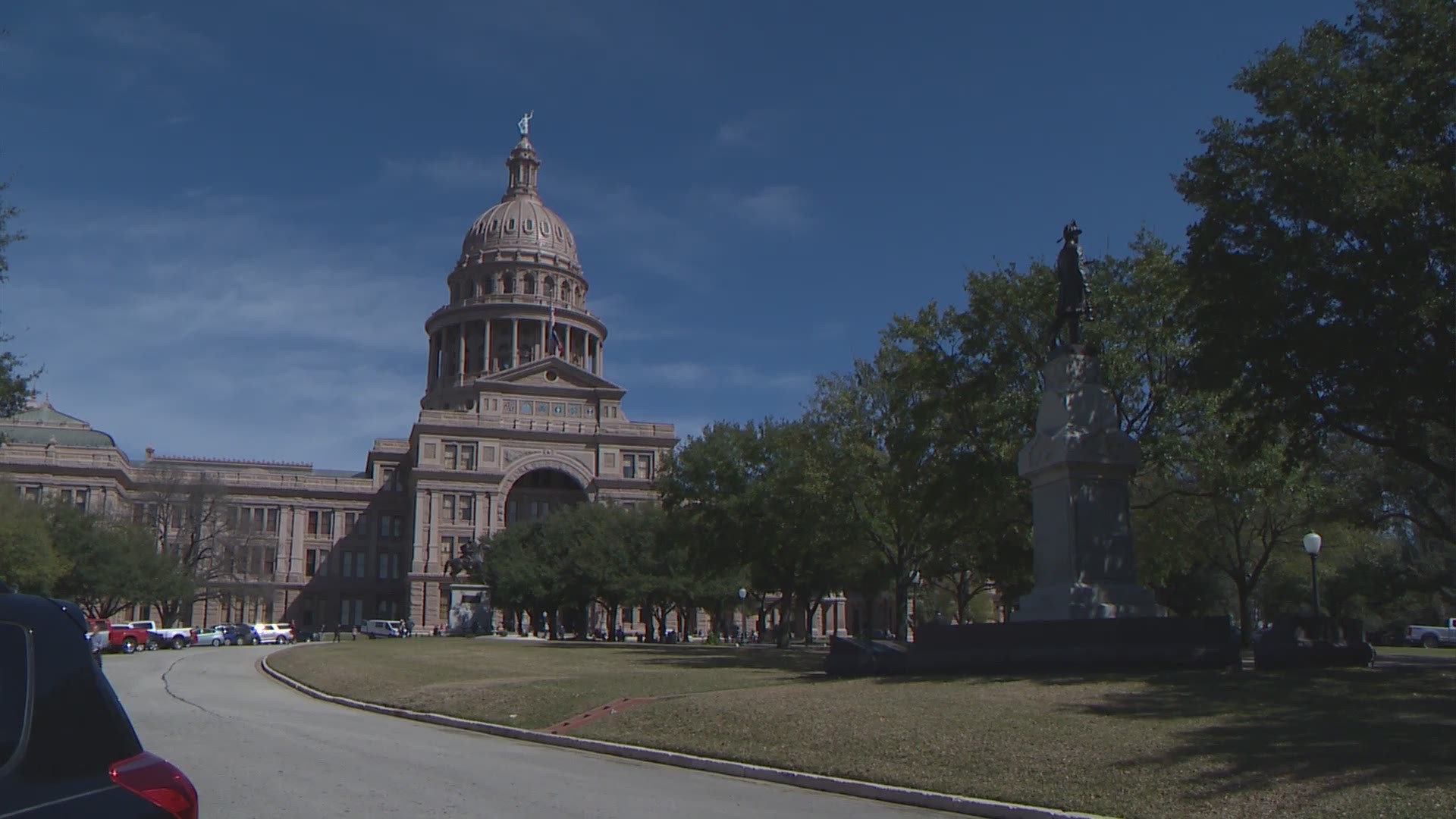 AUSTIN, Texas — On June 12, 2019, Michael Quinn Sullivan walked into the Texas Capitol to take a meeting with Speaker of the House Dennis Bonnen. What was said in that meeting has became the subject of articles, a lawsuit and an ongoing Texas Rangers investigation.

Now, we can hear the conversation for ourselves. Sullivan made the audio recording public on the Texas Scorecard website Tuesday and also published a transcript of the recording.

"When it comes to 2020, if we're successful and we gain maybe one or two or three Republican seats, we beat some of these liberal pieces of s---, take people out and we maybe flip a couple of these primaries, better R's, kick my a-- if we're not doing a better job," Bonnen said on the recording.

"If we can make this work, I'll put your guys on the floor next session ... I think it's a value to have your guys out there, to be truthful," he also said.

Rep. Burrows resigned amidst the fallout of the conversation.

"Why did you record the conversation?" Goudeau asked.

"I've known Dennis Bonnen for 25 years as an acquaintance and have always been concerned with his temper and his tendency to misrepresent things," Sullivan said.

During the session, Bonnen said he would not tolerate members of the House campaigning against incumbents, regardless of party. And after news of the recording broke in the summer, Bonnen denied targeting Republicans, releasing a statement in July that read in part: "Let me be clear. At no point in our conversation was Sullivan provided with a list of target Members."

"What was and remains most troubling to me was the rather cavalier way in which Speaker Bonnen offered to take an official government action in exchange for me doing his political dirty work," Sullivan said.

Staff of Texas Scorecard, a publication of Empower Texans', have applied for media credentials in the Texas House of Representatives for the past two sessions and have been denied. The credentials allow journalists to be on the House floor with lawmakers during the legislative session. Sullivan said there is currently a lawsuit before the 5th Circuit Court of Appeals regarding the denial.

Empower Texans has a political action committee (PAC) that campaigns for and against candidates, which some say would present a conflict of interest if anyone associated with Empower Texans were granted access to the House floor during the session.

Sullivan said he denied the offer and tried to get Bonnen to recant. When he didn't, Sullivan said he had concerns Bonnen would turn the tables on him, so he decided to write an article about what happened.

"So Bonnen laid out for me a timeline in which, if I did his political dirty work, if I did his political actions for him, I could then come in, my staff could come in and apply for media credentials and he would grant them. That's what he said, that's what he offered. The problem for me would be I take the actions and I try to cash in, I've now done something illegal," Sullivan said. "He could now claim that I tried to bribe him."

WATCH: Texas Face Off: Audio of Speaker Dennis Bonnen's secret meeting is out

"The play that was right in front of him was a House he was unhappy with gave him the opportunity to destabilize it and try for a better House, and I think that's the game he's playing right now," Ramsey said.

Sullivan admitted the timing of the release of the recording is intentional. For months, numerous people – including Bonnen, Governor Greg Abbott and Lt. Governor Dan Patrick – have called on Sullivan to release it. But he waited until now.

"There was no meeting of the Republican Caucus prior to this for them to begin taking the kind of reparative actions that only they can take. So that was the biggest driver," he added. "I had no interest in releasing the audio to appease people."

Bonnen released the following statement about the recording:

"I have repeatedly called for the recording to be released because it will be immediately clear that no laws were broken. This was nothing more than a political discussion – the problem is that I had it with that guy. My colleagues have always deserved the facts and context this recording provides, and with clear evidence now disproving allegations of criminal wrongdoing, the House can finally move on."

But moving on may not be so simple.

"I think people in the Capitol know this is kind-of the way political conversation works sometimes. The question really is whether they think he sold them out in some way or whether they think there is some way where he violated their trust," Ramsey said. "And you sure are skirting that territory if you're a Republican Speaker talking about selling out 10 Republican members."

While Bonnen's political future seems uncertain, there is also a question of the legal implications of the conversation.

"The House General Investigating Committee has asked the Texas Rangers to investigate, they've been at that for several weeks," Ramsey said. "They've talked to the Speaker a number of times, they've talked to a bunch of members, and at some point they will issue a report for prosecutors to look at that says, you know, 'Here's what we think happened.' And the prosecutor will make the decision: 'Do I take this to a grand jury or do I stick this in the file?'"