The Senate Education committee passed Senate Bill 2 on Friday after listening to hours of public testimony. 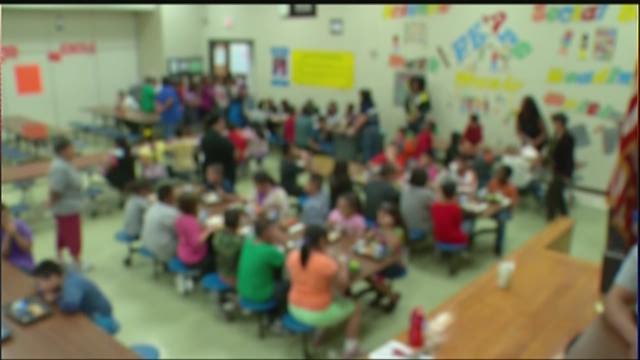 The Senate Education committee passed Senate Bill 2 on Friday after listening to hours of public testimony.

Senate Bill 2 includes several things like sending money to charter school facilities and to districts who will lose state funding. However, the part of the bill that talks about giving a “scholarship” to a student with disabilities in order to go to a private school that has everyone talking.

Kristin Tassin and her three daughters traveled to Austin Friday to speak in front of the Senate Finance Committee.

Her 17-year-old daughter Abby has Down Syndrome

"We have had to fight for her to get the basic services are required by law,” said Tassin.

She's always been in public schools, and struggled.

It's families like this that Senator Larry Taylor says SB 2 will help.

"Those parents need another place to go,” said Taylor. "It will make a significance in their lives, for the parents and for them."

The bill would allow students with disabilities to get a $10,000 scholarship to go to a private school, and would give special education students in public school $500 for other services like transportation.

He said they’re not forced to leave, but can choose to do so.

"Most of the parents who talked to who have special needs kids are happy with their public school system, by in the large the vast majority, there are some who have not had a positive experience," said Taylor.

The bill would also send funding to charter facilities, as well as $150 million towards hardship grants for districts losing ASATR (Additional State Aid for Tax Reduction) funding later this year.

But, not everyone agrees.

Kelly Morrison is the Special Ed director at Amarillo ISD. She testified Friday, and said there is already a federal law that protects children with disabilities.

"I'm just concerned that families will be giving away their rights that are afforded to them under the federal laws, when they attend private schools," Morrison.

While the bill is touted as giving parents a choice, Morrison said in public schools, she feels they already get one.

"Right now in public schools, parents, families, and the school system sit together and design individual programs, and in private schools that can happen, but it doesn't have to,” said Morrison.

And she said she’s seen it fail.

"We've got kids that go to private school and then months or years later they come back,” said Morrison.

If a public school can’t accommodate a student with disabilities, Morrison said they’ll keep working to figure something out.

"If the public school cannot accommodate it, we either figure out a way to, or we provide a placement in a private school that we pay for,” said Morrison.

Back to 17-year-old Abby, despite the challenges in public school, she wants to stay there.

"I like hanging out with my friends and if I leave I won't see them,” said Abby Tassin.

Her mom, Tassin, is now the president of the Fort Bend School Board. She said Texas lawmakers should spend money to fix the current system, not create a new one.

"We don't want to leave a public school, she has friends there, she has sisters there, and that's not choice for us,” said Tassin. "The point is we have a place where she should be being served, serve them there."

Tassin believes this bill takes away any incentive to fix the public school system, and instead encourages schools to tell students with disabilities to go elsewhere.

Opponents like her say that will take money out of the public education system.

Abby’s sister said she likes going to school with her sister, and said she thinks it helps other children learn about kids with disabilities.

On the other hand, Tara Cevallos is the principal at St. Austin's Catholic School in Austin. She said she gets calls from parents of kids with special needs who want to switch schools.

"The school doesn't have the appropriate therapies whether its speech or dyslexia therapy and they know that we do,” said Cevallos.

With just 215 students at the school, she said it also offers another option to parents.

“They're also looking for a more individualized, a smaller environment smaller class sizes, and more one on one attention," said Cevallos.

But she said many times, these families can’t afford it, and said this scholarship money would help.

"That would cover the tuition, families will still have to pay for the additional therapies, but that affords them that kind of cushion to be able to do that, versus doing tuition and therapy on top,” said Cevallos.

Tuition at St. Austin’s is about $6,700. Cevallos said therapy costs are on top of that.

She said they get a discounted rate for some therapies, but said it can cost an additional $7,200 a year.

She also feels the additional money from the tax scholarships would help their resources.

"I think we just want parents to just have those kinds of opportunities where they haven't before,” said Cevallos.

To pay for the bill, it would give tax credits to insurance companies, as well take $270 million from Health and Human Services.