The political action committee submitted its petition with more than 25,600 signatures last week. 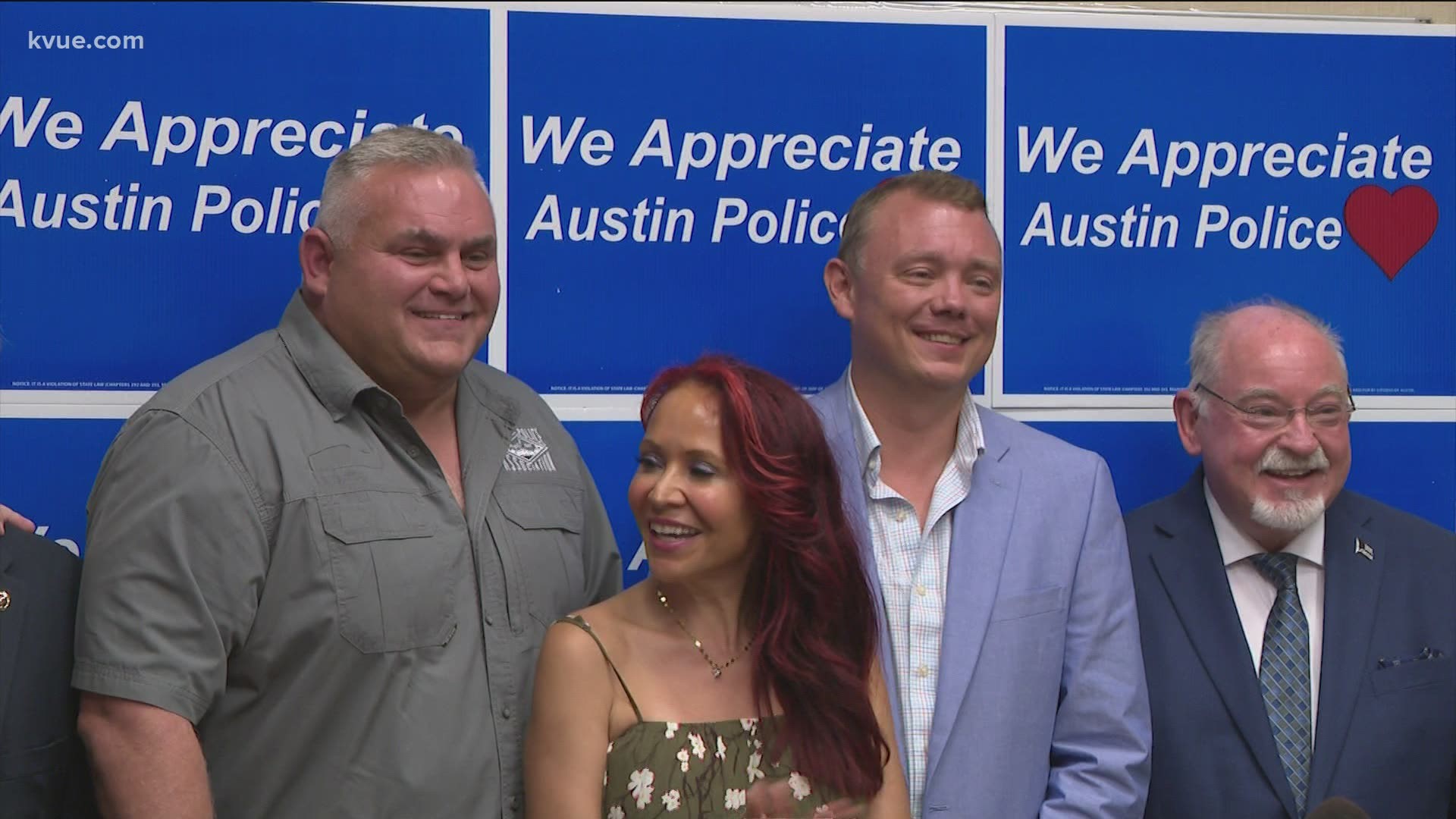 AUSTIN, Texas — The Save Austin Now PAC is threatening legal action if their petition regarding the #MakeAustinSafe initiative is not certified or on the November 2021 ballot. The political action committee submitted the petition with more than 25,600 signatures last week.

The #MakeAustinSafe initiative is pushing for changes in police staffing, training and reform. It would require a minimum of two officers per 1,000 people and an additional 40 hours of post-cadet class training hours, among other changes.

Save Austin Now said it has retained former Travis County Judge Bill Aleshire as counsel for any potential legal action with Austin Mayor Steve Adler and the Austin City Council in a press release Wednesday. The group said the “City is reportedly considering violating voting rights by delaying the election.”

On Tuesday, Adler and Council Member Greg Casar said the petition is a “far-right-wing police mandate” that would slash funds for city services including EMS, mental health care and parks services.

“The days of letting the City of Austin play games with certifying petitions, calling elections and passing prejudicial ballot language are over,” Save Austin Now PAC co-founders Matt Mackowiak and Cleo Petricek said in the release. “We are here to fight for the voting rights of every Austinite who signed our petition to put this on the ballot. If the City of Austin wants this fight, they will get it.”

According to the press release, sources are telling Save Austin Now that the City is seeking legal advice from its law department to see if delaying a vote on this ordinance until after redistricting is possible. This would mean it would not appear on the ballot in November.

“The City of Austin has a history of passing politically motivated ballot language, ignoring the city charter, and denying petition certification for things they disagree with,” said Aleshire. “We will not let this stand. We are prepared to sue immediately.”

Redistricting is not set to take effect until November 2022. The City of Austin Law Department is expected to provide an opinion on Thursday, July 29, according to the press release.

Save Austin Now said it has a lawsuit prepared “to protect the voting right of citizens of Austin and will file it as soon as the Council acts inappropriately.”

“If the Council played the APD Petition by the book, obeying the city charter, they would put the proposition on the ballot for Nov. 2 using the ordinance caption as the ballot language,” Aleshire said in the press release. “We will be watching this very closely.”

“Sooner or later, the City Council is going to have to put this petition on the ballot,” he added. “If they play it by the book and put it on the Nov. 2 election (which will be held with eight statewide Constitutional Amendments anyway), it will save Austin taxpayers a lot of money. If the Council tries to delay the election until May 7, 2022, city taxpayers will have to pay the entire expense of holding that election.”

When reached for comment on Tuesday, at City of Austin spokesperson sent the following statement:

“The deadline for council to call a November 2021 election is Aug. 16. A petition would have to be verified and certified as valid by the City Clerk prior to Council calling the election. Typically, the Clerk’s Office requires a minimum of 3-4 weeks to verify a petition containing 20,000 signatures.”