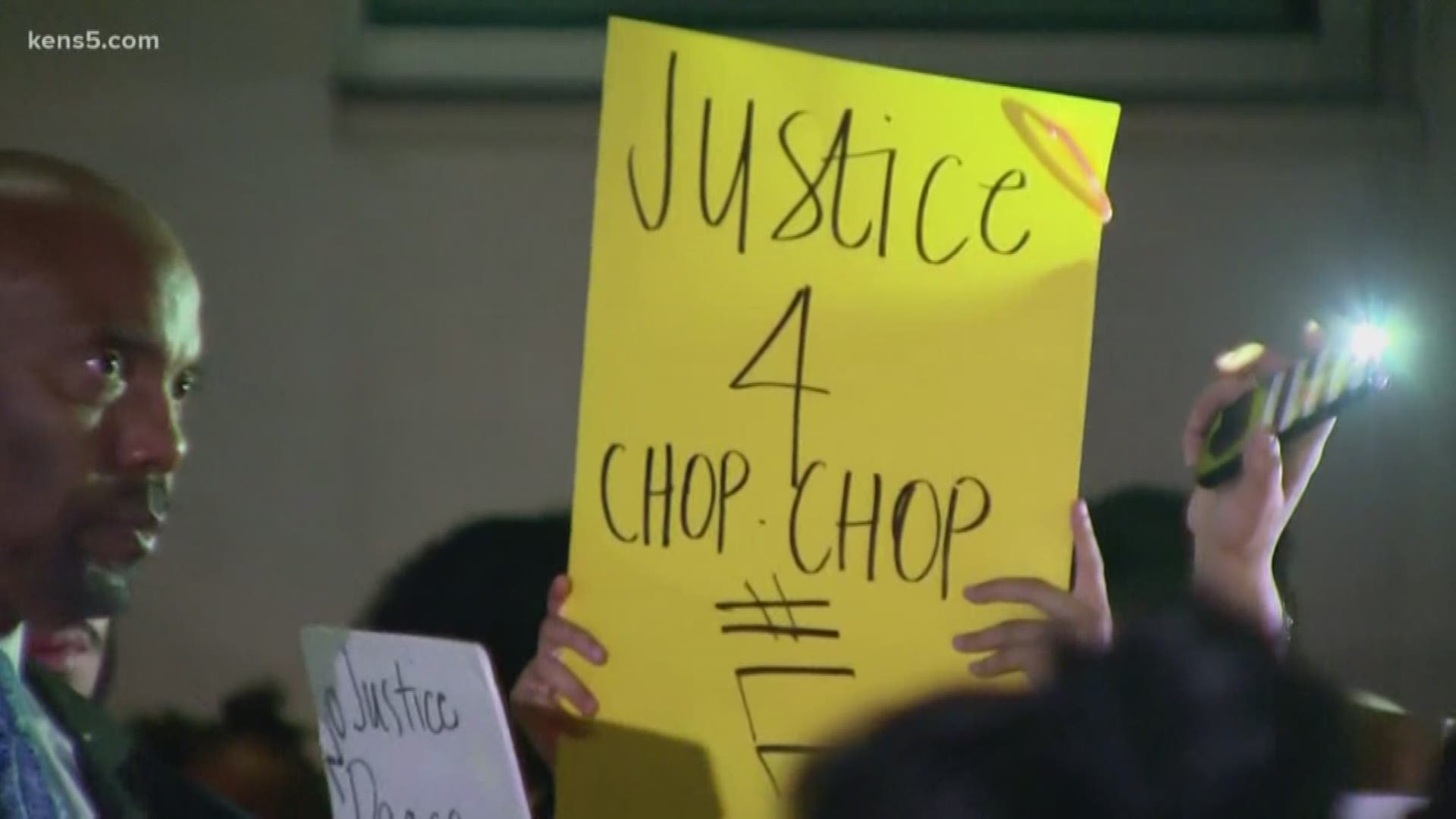 Pastor Darrell Boyce organized the demonstration on Friday night. He said that the details of the shooting provided by the San Antonio Police Department have changed multiple times.

“We demand justice,” Boyce said to the crowd of protesters. “This was not an accident. This was murder.”

Police say that when officers arrived to the home on Roberts Street, four people were inside the home at the time, and the alleged suspect, 23-year-old Davante Snowden, reached for a gun. That’s when SAPD says that Officer Steve Casanova opened fire, striking Snowden and Charles Roundtree Jr.

The 18-year-old was laid to rest just hours before the protest on Friday evening. Roundtree’s family has filed a lawsuit against the city.

The Dallas-based attorney representing Roundtree’s family also spoke to the crowd of protestors.