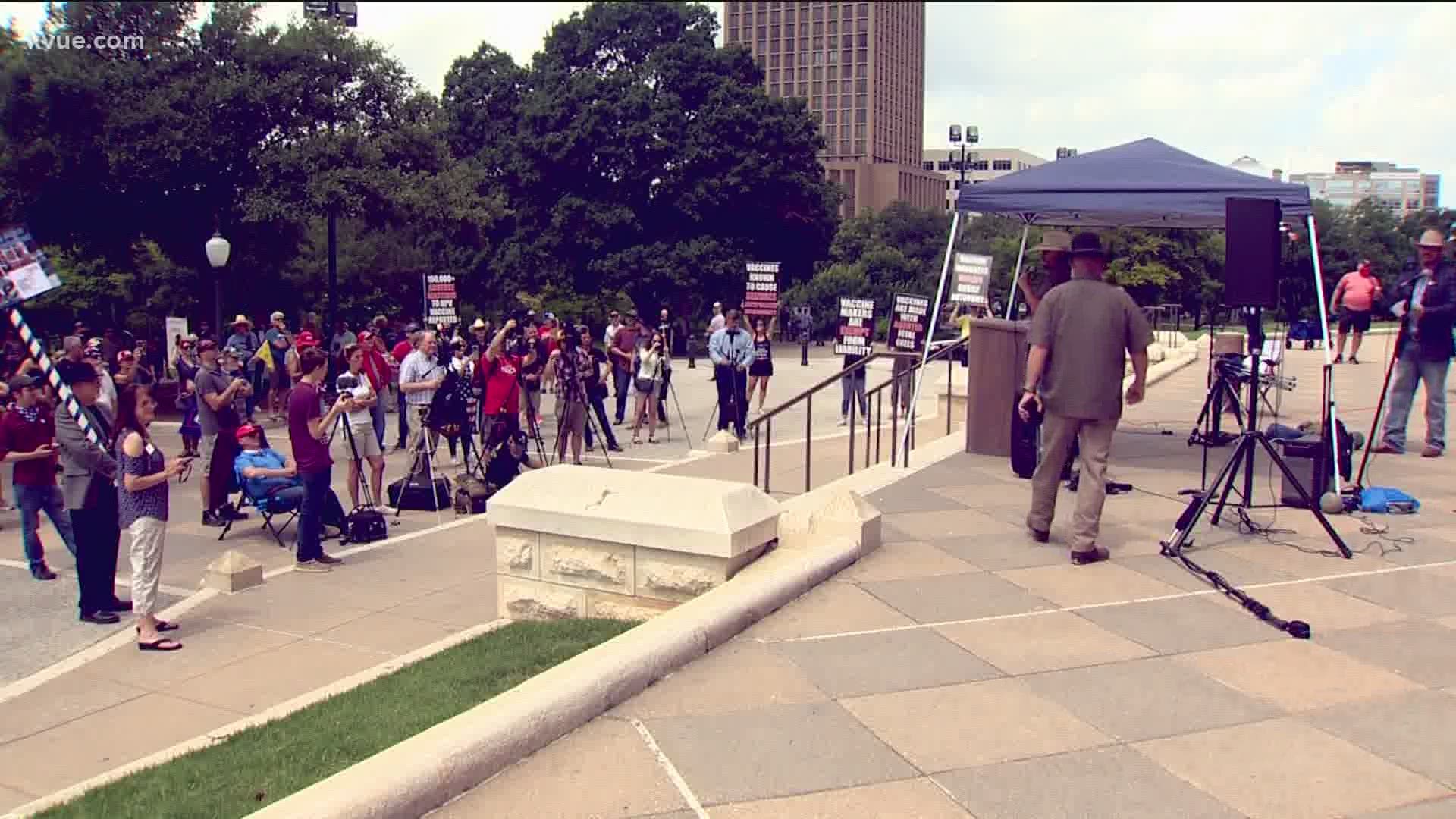 AUSTIN, Texas — On Saturday a crowd gathered at the Texas State Capitol, calling for Gov. Greg Abbott to fully open the state.

The "Don't Mess With Texans" rally was put together by Texas Freedom Coalition and multiple other organizations.

Dozens attended and held signs that read, "Freedom Over Fear," and some questioned the possibility of COVID-19 treatments. The Texas Freedom Coalition and several other groups who held the rally said their constitutional rights have been stripped away.

"It's the government's job to protect our rights and our freedoms not to tell us what is health and how to take care of our health," said protester Nicole Adkins.

During the rally they took an oath to fight for their constitutional rights.

"The epitome of selfishness is our politicians thinking we need to put people out of work so they can feel safe," said Young Americans for Liberty member Justin Greiss. "I am tired of these folks sitting in their ivory towers telling us, the people, how to live while they continue to take a paycheck."

They plan to rally again on Saturday night in front of the Governor's Mansion.

"It's time for us to say open Texas up 100%," said Texas Freedom Coalition co-founder Natalia Gibson. "We don’t need to be living in fear."

Texas is currently in phase two of safely reopening.

HAPPENING NOW: Open Texas Rally at the Texas Capitol. They are calling for the Governor to open the state 100% right now.