On Tuesday, Capital Metro and the Austin Transit Partnership (ATP) provided an update on where the new Orange and Blue lines may be. 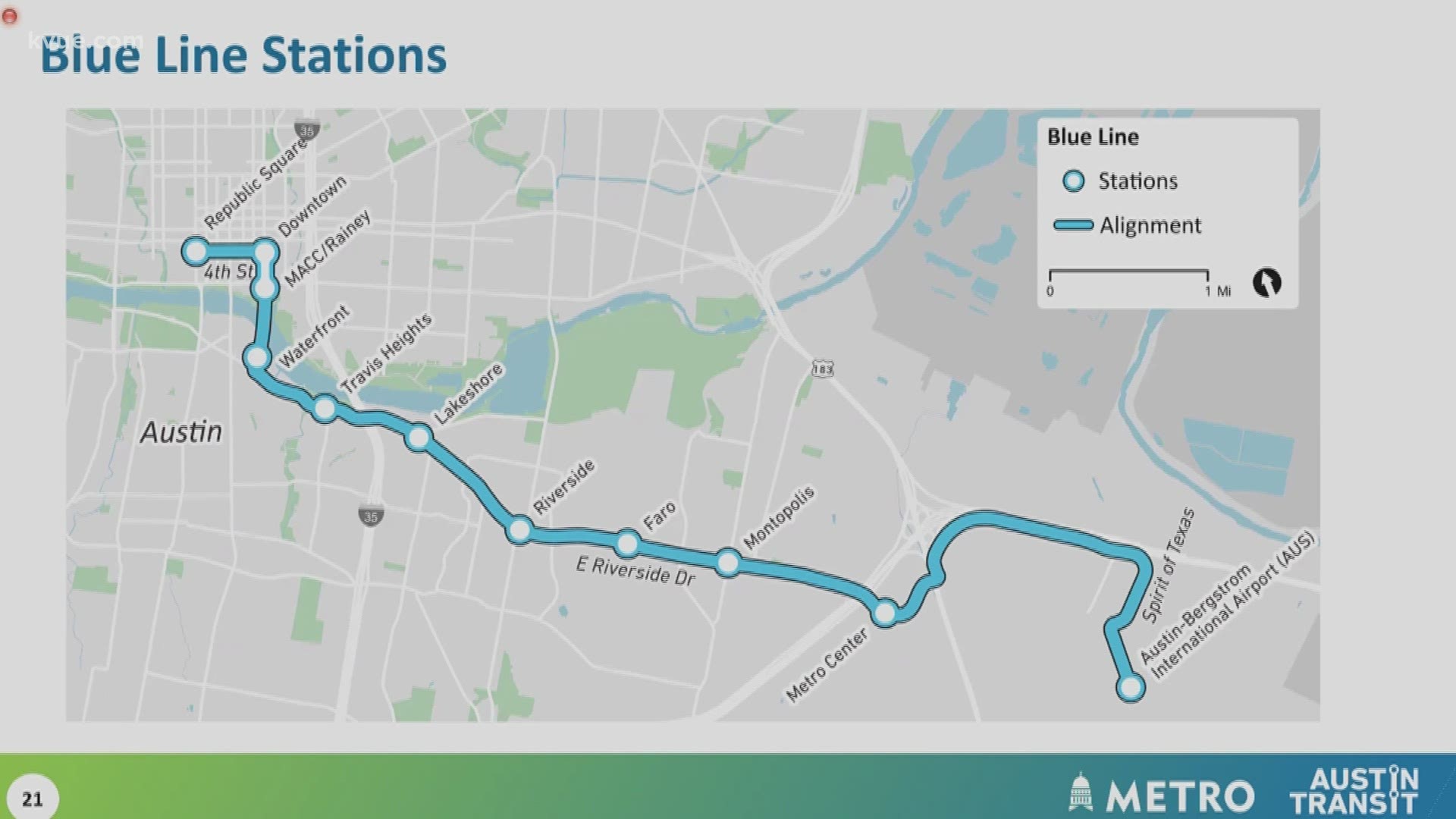 AUSTIN, Texas — Austinites are starting to get an idea of where Capital Metro's planned light rail stations might be. The stations are part of Project Connect, the multibillion-dollar public transit plan that voters approved in November.

On Tuesday, CapMetro and the Austin Transit Partnership (ATP) provided an update on where the new Orange and Blue lines may be.

The Orange line would stretch from Slaughter Lane to Tech Ridge with stations on South Congress to Rundburg Lane, to Braker Lane. The Blue line would go from Republic Square to the Austin-Bergstrom International Airport with stops downtown, at the waterfront and on Riverside Drive.

These proposed spots were picked based on a variety of data, including the population of the areas, employment and potential future ridership.

"There is enormous opportunity, a lot of opportunity, because these investments are speaking to the same ideas, which are increasing connectivity, making Austin's future more sustainable and environmentally sensitive," said Peter Mullan, the chief of architecture and urban design for ATP.

Now you have a chance to let CapMetro know what you think of the station ideas and what you would like to see. The transit agency will have three virtual public meetings:

"As we approach the summer, the design will advance and we want to make sure that we're bringing the community along every step of the way. We don't want to come back to the community and say, 'Hey, we made a decision. Here it is.' We want people to know that that decision point is coming and every step of the design process, we get a little closer to what it's going to be," said Jackie Nirenberg, the director of community engagement and involvement for ATP.

Learn more about how you can provide feedback on the stations.

For more of KVUE's coverage of Project Connect, visit KVUE.com/ProjectConnect.