Project Connect: What's the next step for the $7.1B Austin transit plan? 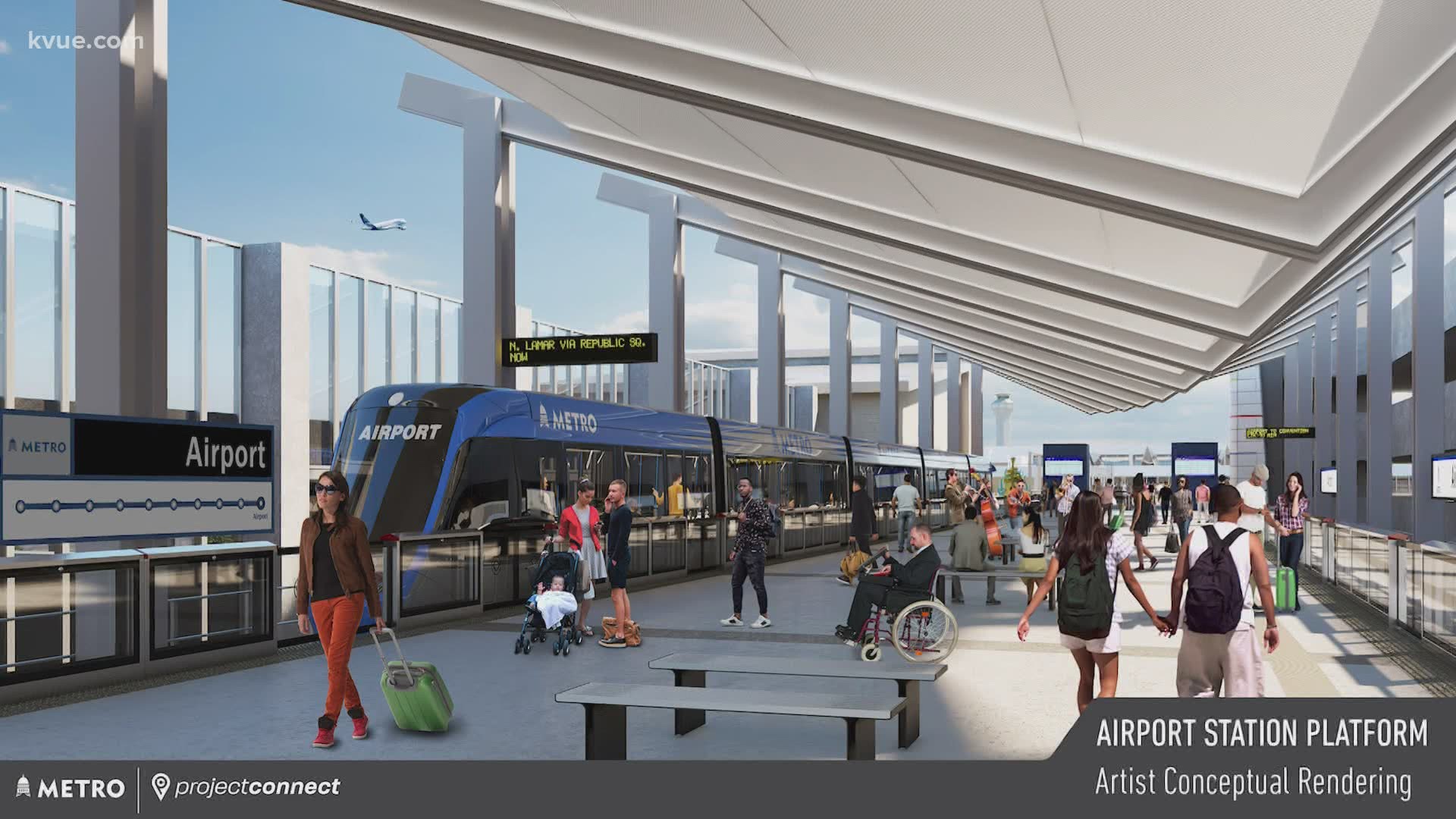 AUSTIN, Texas — Austinites voted to approve Capital Metro's $7.1 billion transit plan known as Project Connect in the November election, and now leaders are figuring out what the next steps are to bring the plan to life.

Project Connect will add two light rail lines, another commuter rail line, additional rapid bus service and more to Austin, with the potential to expand in the future to service areas like Tech Ridge and Elgin.

RELATED: Project Connect: What to know about the $7.1B public transit plan

During a meeting Monday, Nov. 23, Capital Metro board members discussed the first step in getting the project up and running: Creating the Austin Transit Partnership board.

The new, independent and local government corporation will help ensure that Project Connect is completed on time and on budget.

The ATP has five seats. Here's how ATP members will be appointed:

The deadline to apply to sit on the board is open through Dec. 2. You can apply online.

At the meeting, board members also discussed the first stages of the project's timeline.

#Austin voters approved #PropA #ProjectConnect — so what’s next? The first step is selecting the board members that’ll oversee finance & implementation of the project. The @ATP_org board application deadline is open through 12/2. pic.twitter.com/dCGXze7TuJ

Here's a more detailed look at how the next several months will look:

Credit: Capital Metro
Now that Project Connect has passed, Capital Metro is discussing the first steps of the plan, starting in December 2020.

KVUE created an interactive map to illustrate what is included in the initial investment for CapMetro's "Project Connect" transit plan. Here's a timeline of the project's lengthy construction schedule.

WATCH: Project Connect: Breaking down the costs of the Austin transit plan

How much money is going into supporting or defeating Project Connect?

TIMELINE: Estimated construction time for each piece of Project Connect