Capital Metro has started initial design work on the Blue Line of the voter-approved Proposition A, which funds Project Connect. 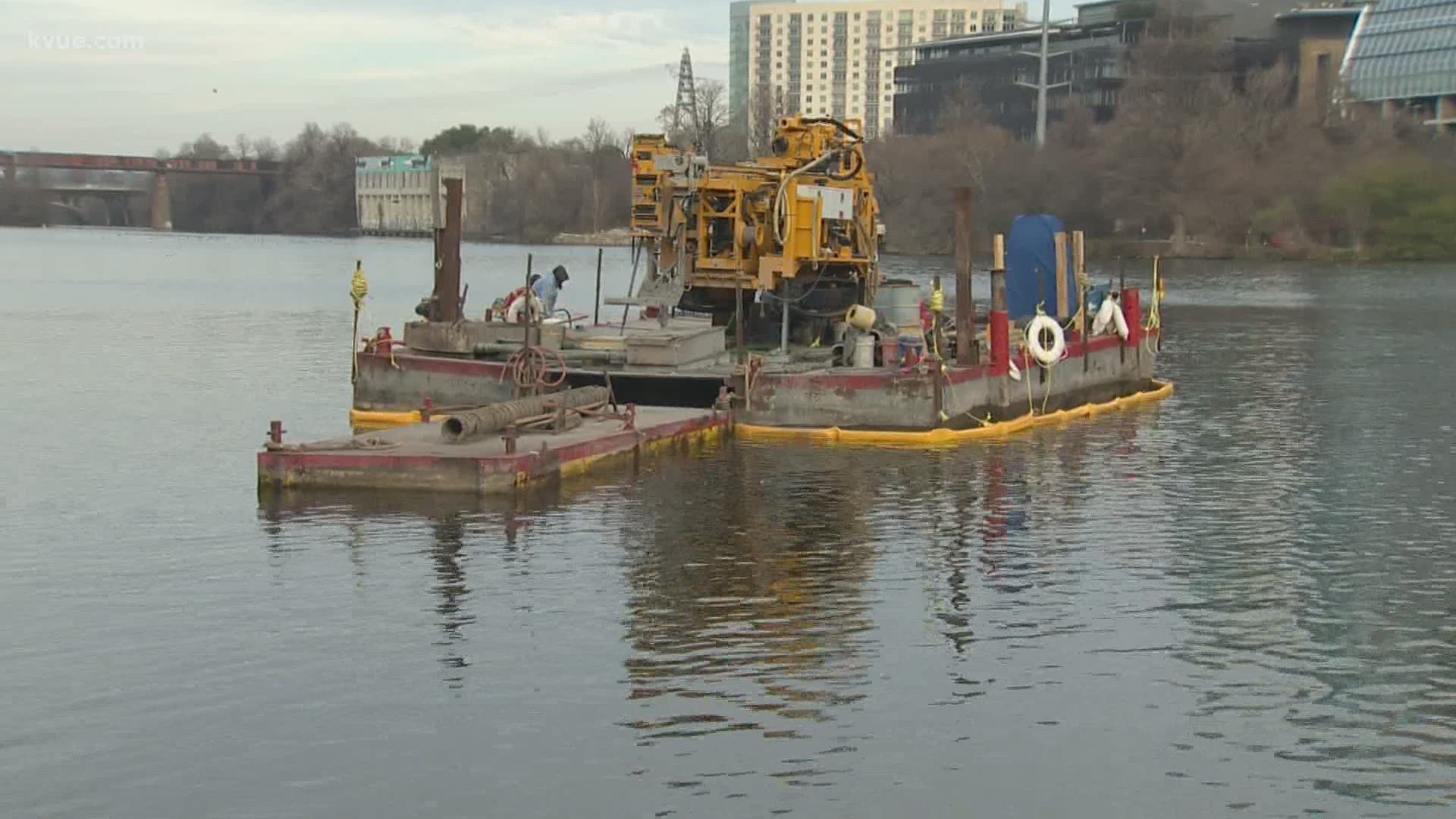 AUSTIN, Texas — After Austin voters approved Proposition A in November, the start of design work has begun for the light rail lines that will run over Lady Bird Lake.

Capital Metro put a barge on Lady Bird Lake last week with a soil boring machine on it.

"Just because they're seeing a barge in the lake doesn't mean that we're starting construction. Nothing is happening yet," said Jackie Nirenberg, CapMetro's director of community engagement and involvement. "This is all part of the environmental work to determine what we have to work with. We're going to bring the community along in this process every step of the way. So nothing is going to happen without the community knowing that it's going to happen."

The machine will take samples of the soil, which will help designers have a better understanding of the soil underneath the lake, a CapMetro spokesperson told KVUE.

That's important work because it will help determine the bracing measures needed to support a new bridge, which will carry the Blue Line, pedestrians and cyclists, the spokesperson said.

"The soil samples will tell them a lot about what constraints there are to building a bridge, what they have to work with in terms of sinking those pylons for a bridge, for example, just to give them an idea of what's under there," Nirenberg said.

A little over two months since Prop A passed, the NEPA process & engineering is underway! A drilling barge will be taking soil samples from Lady Bird Lake—one of the 1st steps in obtaining soil info for the Blue Line bridge over the lake for #ProjectConnect’s proposed Blue Line. pic.twitter.com/CRGJouZS7R

The Blue Line is a light rail line running from Austin-Bergstrom International Airport (AUS), connecting through the downtown station and running north to Lamar Boulevard at U.S. 183.

"Sometimes these things take a long time to come to fruition. What's significant for our community is that we can actually see something is actually moving so shortly after the election," Nirenberg said.

CapMetro will eventually start similar work for the Orange Line, which will travel by either another bridge or a tunnel, the spokesperson said.

Bernie Sanders wears mittens made by Vermont teacher to the inauguration