Project designers are proposing that the light rail go under Lady Bird Lake, significantly expanding the size of the tunnel. 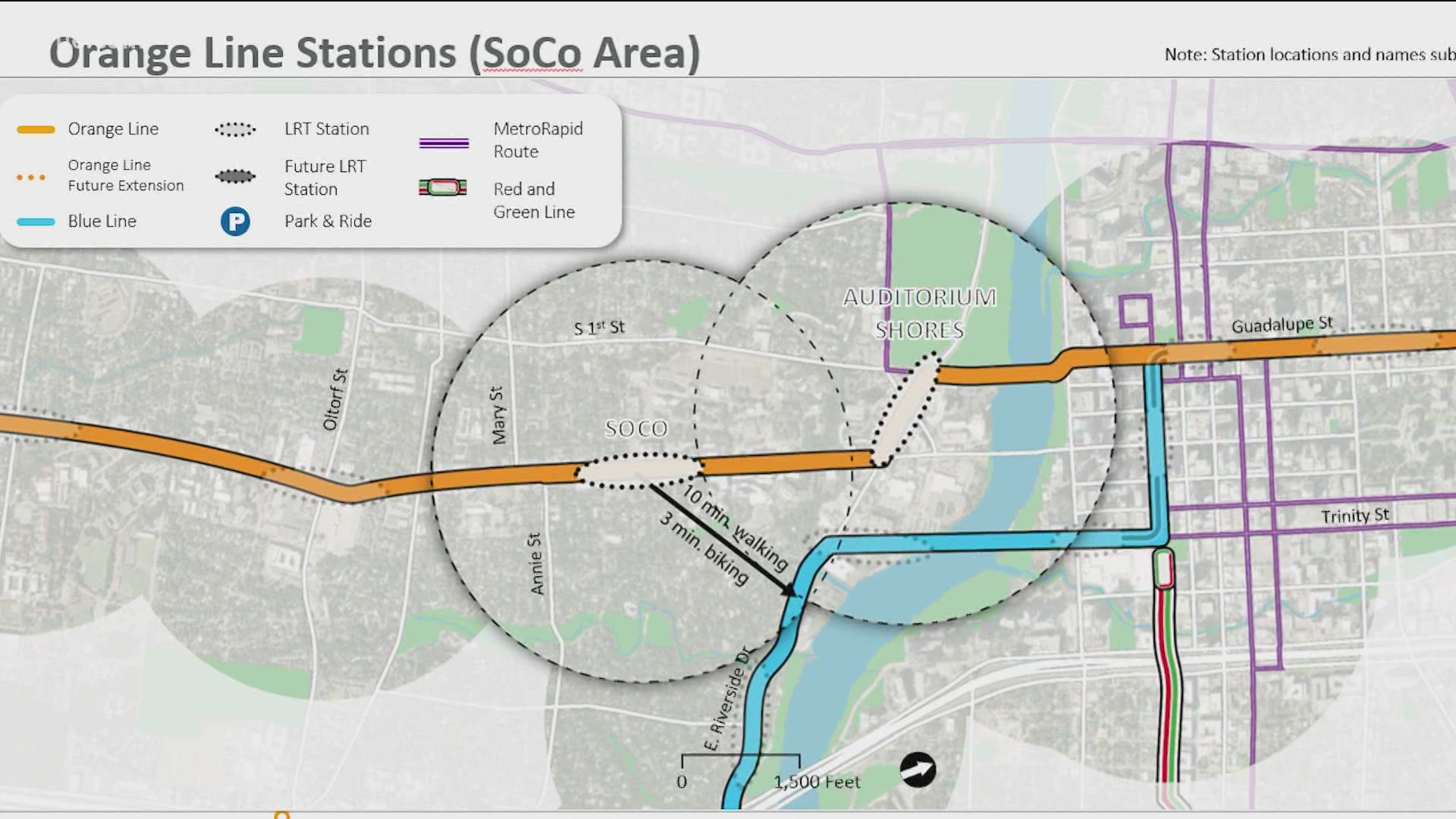 Project Connect, which was approved by voters in November and increased property taxes in Austin, is the multi-billion-dollar plan to bring a mass transit system to the capital city.

On Wednesday, officials unveiled an expansion of the tunnel for the light rail. The brand-new plan would take the light rail under Lady Bird Lake to South Congress Avenue.

The 20-mile Orange Line, which connects the North Lamar Transit Center to Stassney Lane, would run in the tunnel under the lake just west of the First Street bridge. Initial plans indicated the $2 billion tunnel on the west side of the city would stop at Republic Square.

It's not yet clear how much more the expanded tunnel would cost. Those figures are expected next year, but the project's chief of architecture and urban design, Peter Mullan, told KVUE they won't be asking voters for more money.

"We have to work within the budget constraints of the funding that was provided for us by the voters and we have to deliver what the voters asked us to deliver," Mullan said. "And it's up to us to figure out how to make that happen."

Capital Metro told KVUE a few reasons contributed to the change, including:

"In the case of the crossing of the lake, we learned more about some of the conflicts associated with the bridge alignment that led us to think that going underground would really be the more feasible strategy," Mullan said.

After going under the lake, the light rail will make an underground stop at Auditorium Shores, and then it’s not yet clear where it’ll come back above ground.

Earlier this year, crews on a drilling barge took soil samples from the lake. Mullan said that work helped inform the decision to expand the tunnel under the lake.

Other developments unveiled Wednesday include a new underground station at Fourth Street and Congress Avenue. Designers are aiming to make Fourth Street at the surface level more pedestrian-friendly, which could mean a change to the current traffic pattern on the street.

Changes will also have to be made to the location of two underground stations at Republic Square and Brush Square. A bill in the Texas legislature that would have granted Capital Metro a 99-year lease to the subsurface rights of the two properties was never taken up by the Texas Senate, failing to pass both chambers.

The two underground stations will still be built, but they'll have to be adjusted slightly as to not be underneath those two pieces of state property.

It's still early in the design process so more changes could come up and the work would happen over the next decade or so.

The new plans will be presented to the Austin Transit Partnership board, which oversees the implementation of the project, on July 21.

Capital Metro is planning virtual community meetings to discuss the changes from July 27-Aug. 5. A self-guided online meeting will be available from July 27-Aug. 27 and in-person meeting is scheduled July 31 at the Austin Central Library from 10 a.m. to 2 p.m.

'They will be arrested.' Gov. Abbott responds to Texas Democrats' flight to Washington, D.C.