A group of Austin business owners wanted the community to know that if Prop A passes, property taxes would increase permanently. 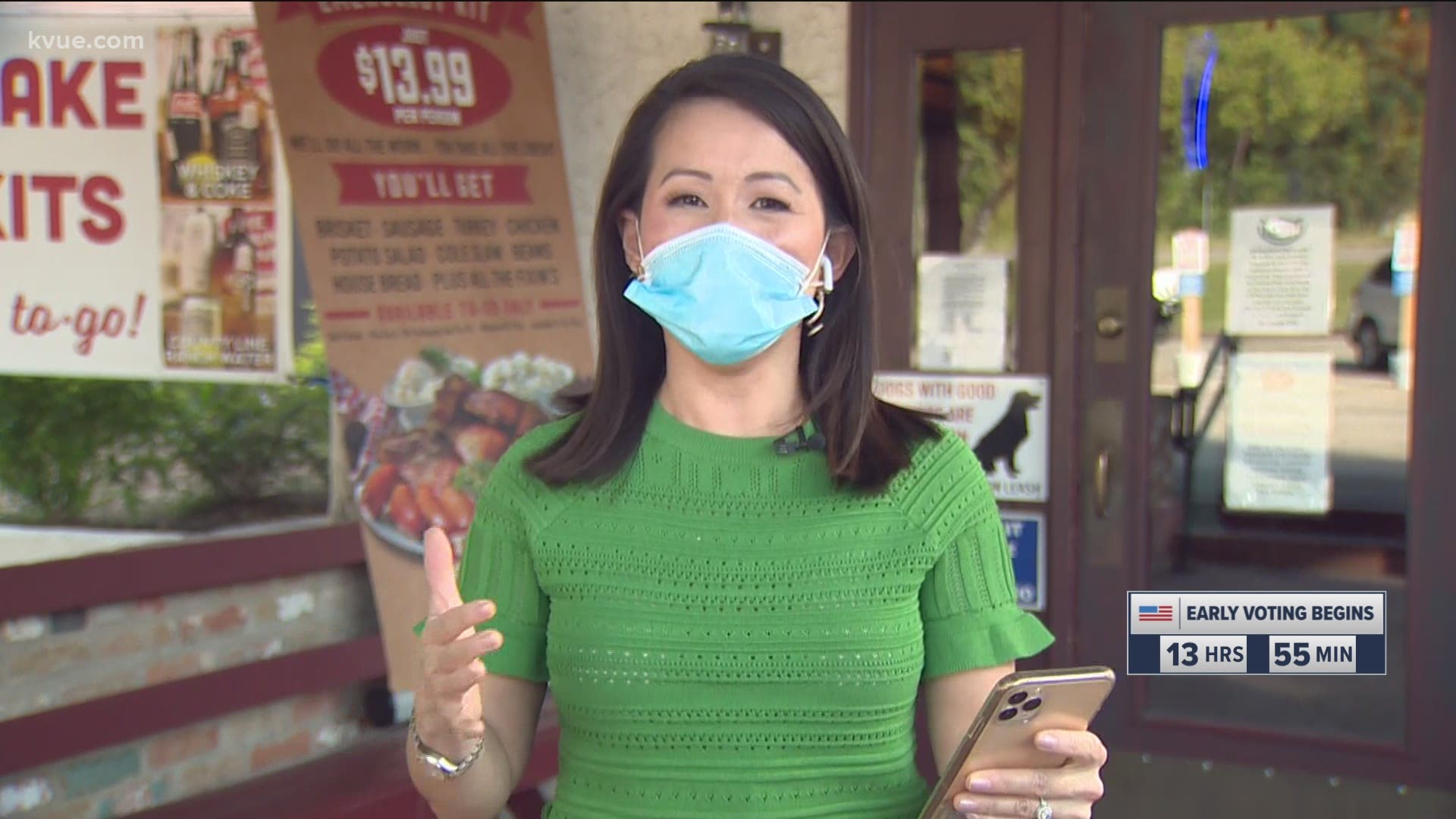 On the eve of the start of early voting, several long-time Austin business owners spoke out against Proposition A, the ballot measure that would partially fund Project Connect.

For Skeeter Miller, the owner of The County Line and Flyrite Chicken, he said Prop A's approval would end up costing him thousands more every year in property taxes. Miller said that increase would be from The County Line on RM 2222; both Flyrite Chicken locations, one on Burnet Road and one on East Seventh Street; and an office building on East Riverside Drive.

Miller said through creative means, he is making it through the COVID-19 pandemic, though it hasn't been easy. But if Prop A passes, he said he may have to shut down because he likely wouldn't be able to afford the tax increase.

"We're already having a hard time paying the rent. So, now you're going to have a 25% tax increase that is going to go on forever. I mean, how do we ever catch up? And we don't know when COVID is over. COVID is not over. I mean, we don't know if there's going to be another spike and they may close this down or they may reduce the, you know, reduce the occupancy level," Miller said.

That's why he joined several former elected officials and business owners at Esther's Follies on Sixth Street in Downtown Austin on Monday to voice opposition to Prop A.

Former state senator Gonzalo Barrientos, the chairman for Voices of Austin, said Prop A is a bad idea.

"I say, not now, I say no to Proposition A," Barrientos said.

Bob Woody, who owns and manages 28 bars and nightclubs in Austin, including Shakespeare's Pub on Sixth Street, said Prop A would add an extra $200,000 to his property tax bill every year.

Shannon Sedwick owns Ether's Follies. Like so many in the art community, her business has been closed since March. But her property tax would increase by $3,100 if Prop A passes.

"There's no money, so this is a bad time to be talking about adding to our property taxes," Sedwick said.

The business owners also wanted the community to know that the tax hike isn't a bond: the increase would be permanent.

David Kruger owns Kruger's Diamond Jewelers on Congress Avenue. He said with 27 years left on his lease and less traffic downtown, the city council can't be trusted based on past decisions they have approved.

A spokesman for Transit Now, a pro-Project Connect PAC, disputed the 25% tax increase and said Prop A would only increase the total tax bill by 4%. The spokesman sent the following statement:

"The notion that Prop A will raise anyone’s taxes by 25 percent is a flat lie pedaled (sp) by the usual do-nothing crowd that has never offered any workable solution to our gridlocked status quo. The fact is Project Connect will help manage traffic, fight climate change, get essential workers to get to their jobs, and build and preserve affordable housing, and most Austinites will pay less than 80 cents a day for it. With two million more people moving to Austin over the next 20 years, we can’t afford not to make this generational investment."

The percent increase in our calculation, however, came out to about a 20.4% increase, instead of a 26% increase. This can likely be attributed to slight differences in the median property values sourced for the calculations. KVUE sourced these numbers from the Travis Central Appraisal District (TCAD) on Sept. 17, 2020.

On Tuesday, several Austin community leaders gathered to show their support for Project Connect. Groups like the Austin Justice Coalition, Workers Defense and Urban League support Prop A because they say it's an investment toward making Austin more equitable for working-class people of color.

6-vehicle crash kills motorcyclist on South I-35 in Austin